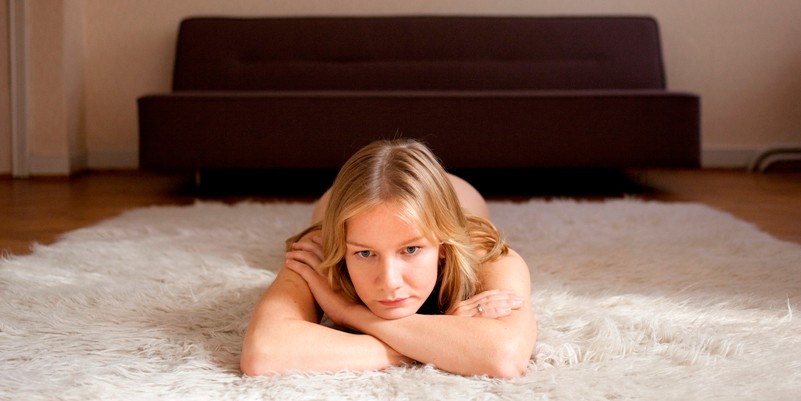 Charlotte is married with one son and is a doctor in a clinic in Brussels. She has sex with patients in an apartment, selecting the men as if setting up a scientific experiment: They are all unusual, very hirsute, coarse, fat or old. The marriage teeters when her husband Max finds out. Charlotte starts therapy to discover what is going on with her, but her confused desires cannot be described in words. In the end, the family moves to India, where Max has a job as an architect. Charlotte gives birth to twins. Brownian movement describes the permanent random movement of particles in liquids and gases that is caused as constantly moving atoms and molecules are jolted. Nanouk Leopold revolves around an unexplainable phenomenon with big, composed images. What keeps us together and what drives us apart? She tells of a love story between people who stick to each other although they cannot share everything. Leopold has her characters perform in rooms that have been carefully arranged and precisely lit. Containers for whirring particles.
by Nanouk Leopold
with Sandra Hüller, Dragan Bakema, Sabine Timoteo Netherlands / Germany / Belgium 2010 102’