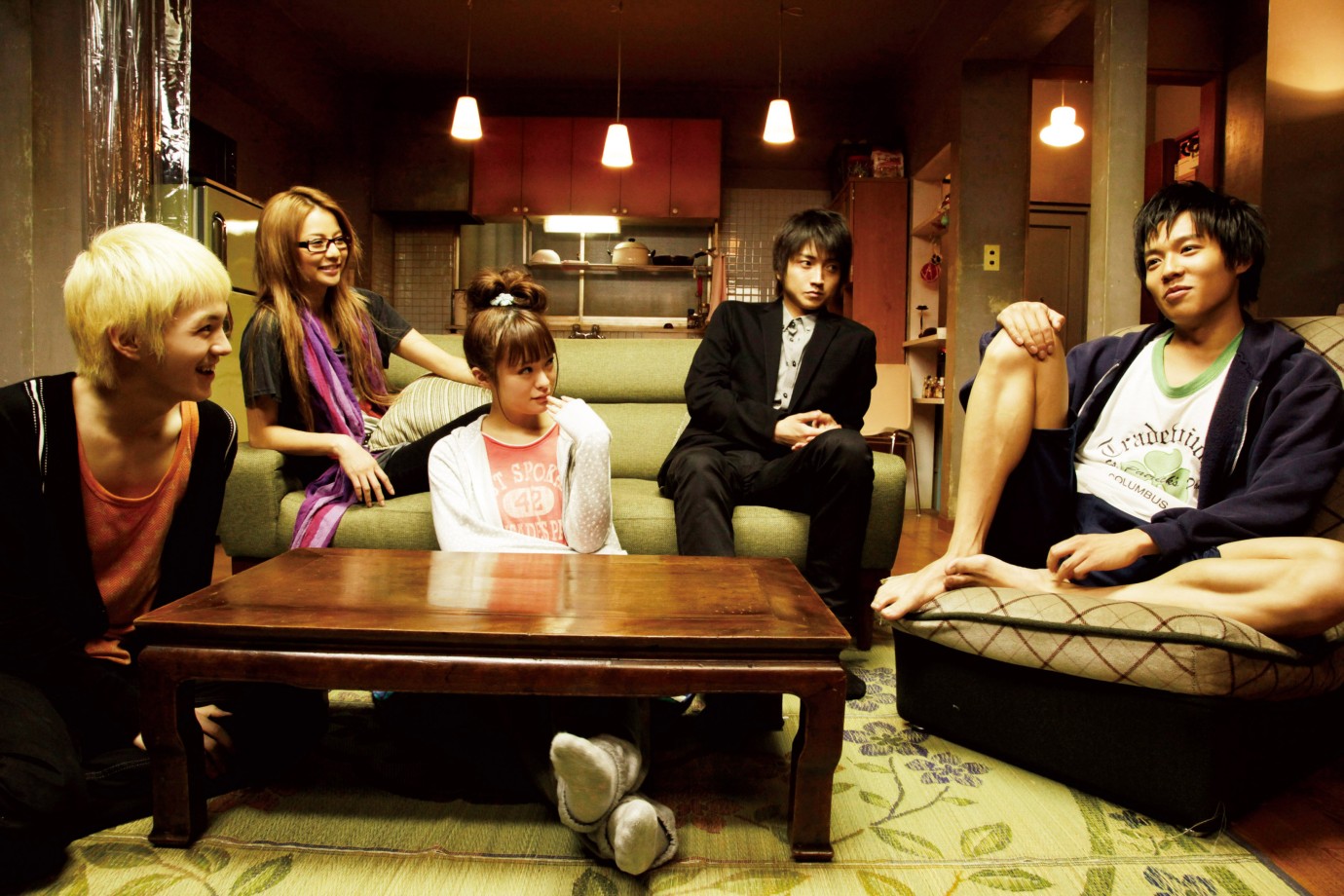 Naoki, Mirai, Kotomi and Ryosuke all live together in a two-roomed apartment in Tokyo. Their ages vary and they work in a variety of professions. They wouldn’t really know each other very well at all if it weren’t for this apartment, with its women’s room and its men’s room where they all meet of an evening. Watching TV one day, Ryosuke and Kotomi learn of a series of mysterious attacks that is terrifying everyone in their immediate neighbourhood. The roommates however are not particularly surprised. Mirai decides to go to bed, Naoki goes out for a jog, Kotomi continues to watch TV and Ryosuke decides to pay a visit to a fellow-student with whom he is in love. A few days later, Satoru turns up at the apartment. Mirai brought him home after winding up drunk in a gay bar. The superficial relationship between the roommates puzzles Satoru and yet, in spite of their differences, time and again, Naoki emerges as the one who is holding the reins. Naoki is the first person addressed by a furious Mirai; convinced that Satoru has taped over her favourite cassettes, she demands that Naoki throw him out. Naoki is also the first to know when Kotomi believes herself to be pregnant; he is also the one to give advice to the lovelorn Ryosuke. Shortly afterwards, a jogger is running through the park one rain-sodden night. He approaches a woman – but then Satoru appears.
by Isao Yukisada
with Tatsuya Fujiwara, Karina, Shihori Kanjiya, Kento Hayashi, Keisuke Koide Japan 2009 118’