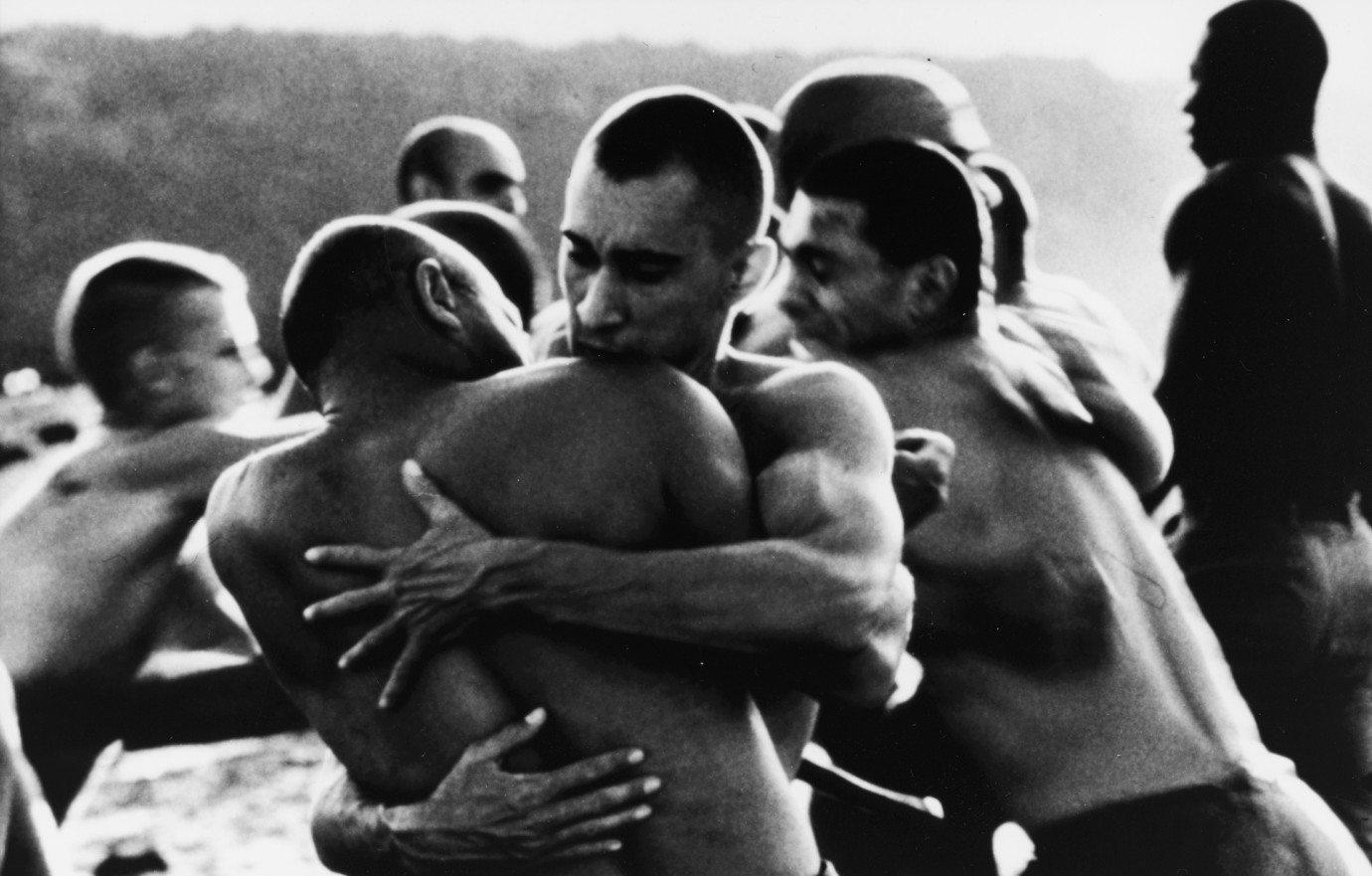 A group of foreign legionnaires forgotten and abandoned in an outpost on the Horn of Africa. Aide-de-camp Galoup (Denis

Lavant) perceives the new recruit Sentain as a rival for the favor of his commander and decides to put him out of action. The plan goes wrong and Galoup is thrown out. From a hotel room in Marseilles he remembers his time with the company. The structure of the film follows these memories only loosely, with plot and dialogue taking a back seat to a series of fleeting scenes and choreography of training, fighting and dancing bodies executing routines which tell a story all of their own.
by Claire Denis
with Denis Lavant, Michel Subor, Grégoire Colin, Marta Tafesse Kassa France 1999 90’