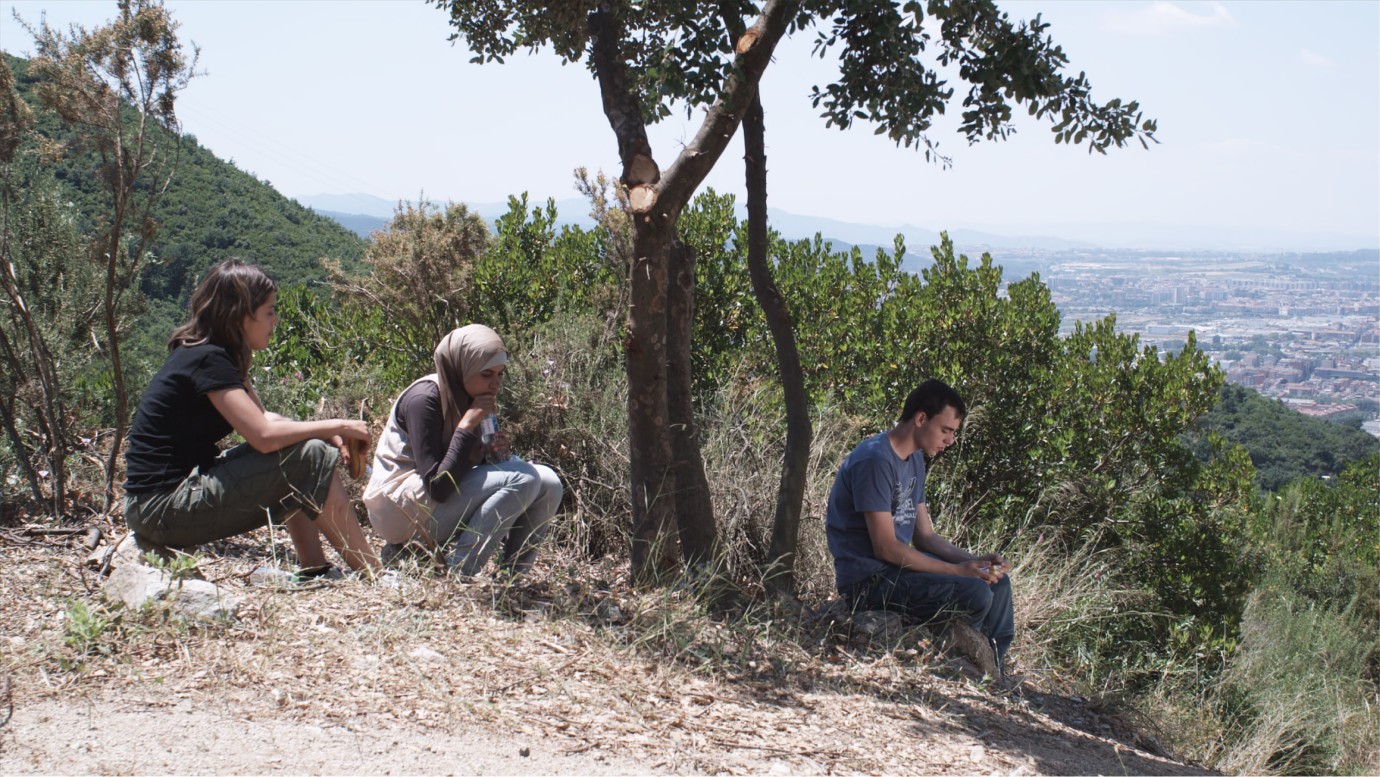 Ana, Iker and Ramia met over the Internet. Right from the very start, there is tension in the air and yet the three completely different youths are determined to set off together. This directing debut deliberately leaves the journey's destination and purpose open. The biographies and pasts of the protagonists play only a minor role. The suspense is maintained throughout. One wonders why Iker reacts so aggressively to the headscarf-wearing Ramia, why she has to pay him money and what the function of the constantly-mediating Ana is in this configuration. Without using too much psychology, the film creates a closeness with its three protagonists. The camera follows their perspective; one looks out of the car window with them, one sees the environment pass by and at one point one feels that they are looking back on their lives. Later, amid nature, they seem strangely lost, as if they are no longer present. Motionless, they sit beneath a tree or lie in a field, while sheep wander in the background or leaves rustle in the wind. Then the three begin to put their monstrous plan into action and Fin becomes a psycho-thriller.
by Luis Sampieri
with Sergi Gibert, Ramia Chaoui, Irene Garres Spain 2010 89’