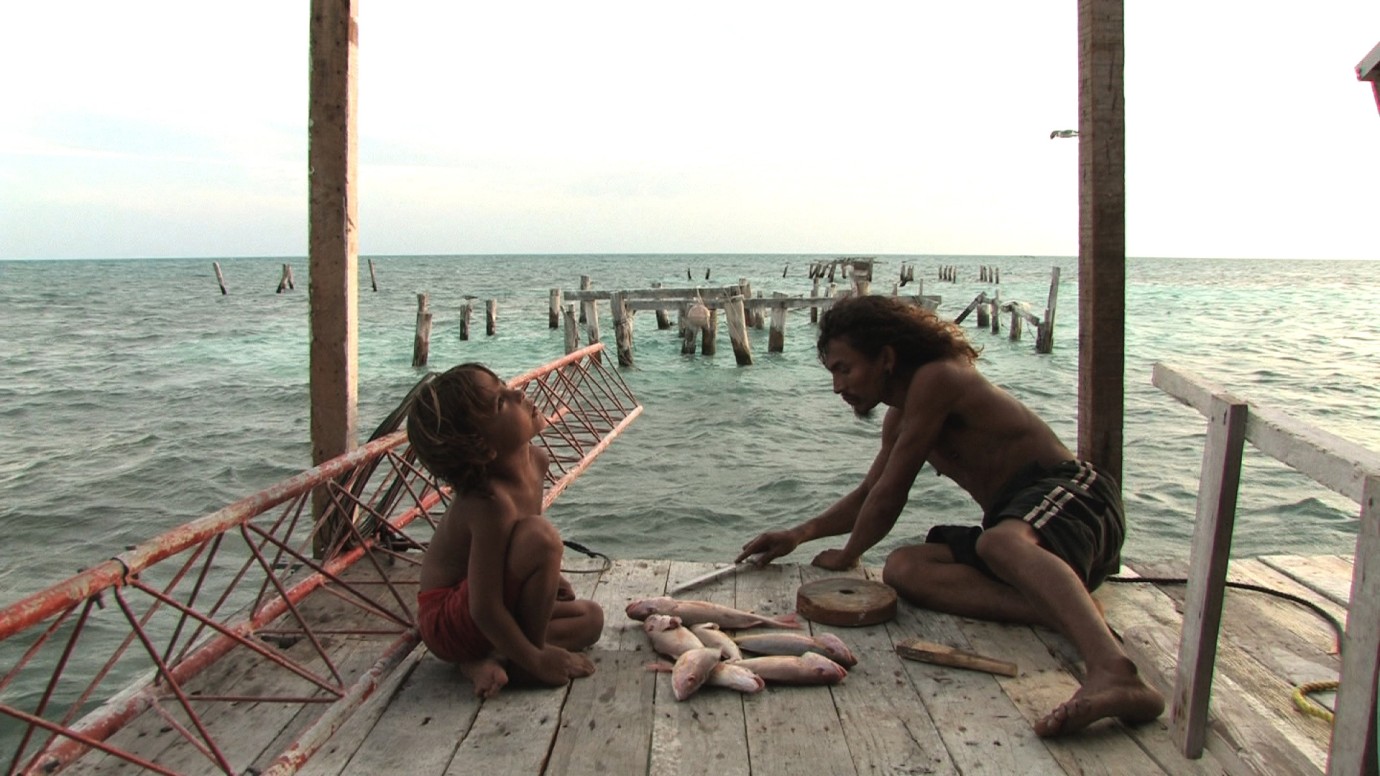 The old man and the sea. The young man and his son. Mexican director Pedro González-Rubio’s film is about both of these relationships, but it is also about the harmony that exists between those involved: between people and nature, and father and son.
Natan is five years old. He is the son of a Mexican father and an Italian mother. Before his parents separate for good and Natan moves with his mother to Rome, his father Jorge is determined to instil in his son the essence of his paternal culture. And so the two set off one day by bus from their home in Playa del Carmen and head south, where they board a boat at the harbour. Their destination is Chinchorro reef, which lies thirty kilometres from Majahual. They are both seasick on the crossing and so are very happy when Matraca, an old fisherman, welcomes them onto the reef and puts them up in his little shed. During the days that follow, father and son accompany Matraca on his fishing trips all over the reef in his motor boat. They catch barracuda, snapper and lobster. Natan learns to snorkel and discovers the fascinating world beneath the waves. He also makes friends with a sea bird that flies by. But when the bird disappears a few days later Natan realises that the time has come to part.
Chinchorro reef is one of the largest coral reefs in the world. It has not yet been recognised as a world heritage site. Pedro González-Rubio’s film draws attention to the dangers that now threaten this extraordinary place.
by Pedro González-Rubio
with Natan Machado Palombini, Jorge Machado, Roberta Palombini, Nestor Marín "Matraca", Wild Egret, Garza Silvestre Mexico 2009 73’ empfohlen ab 7 Jahren