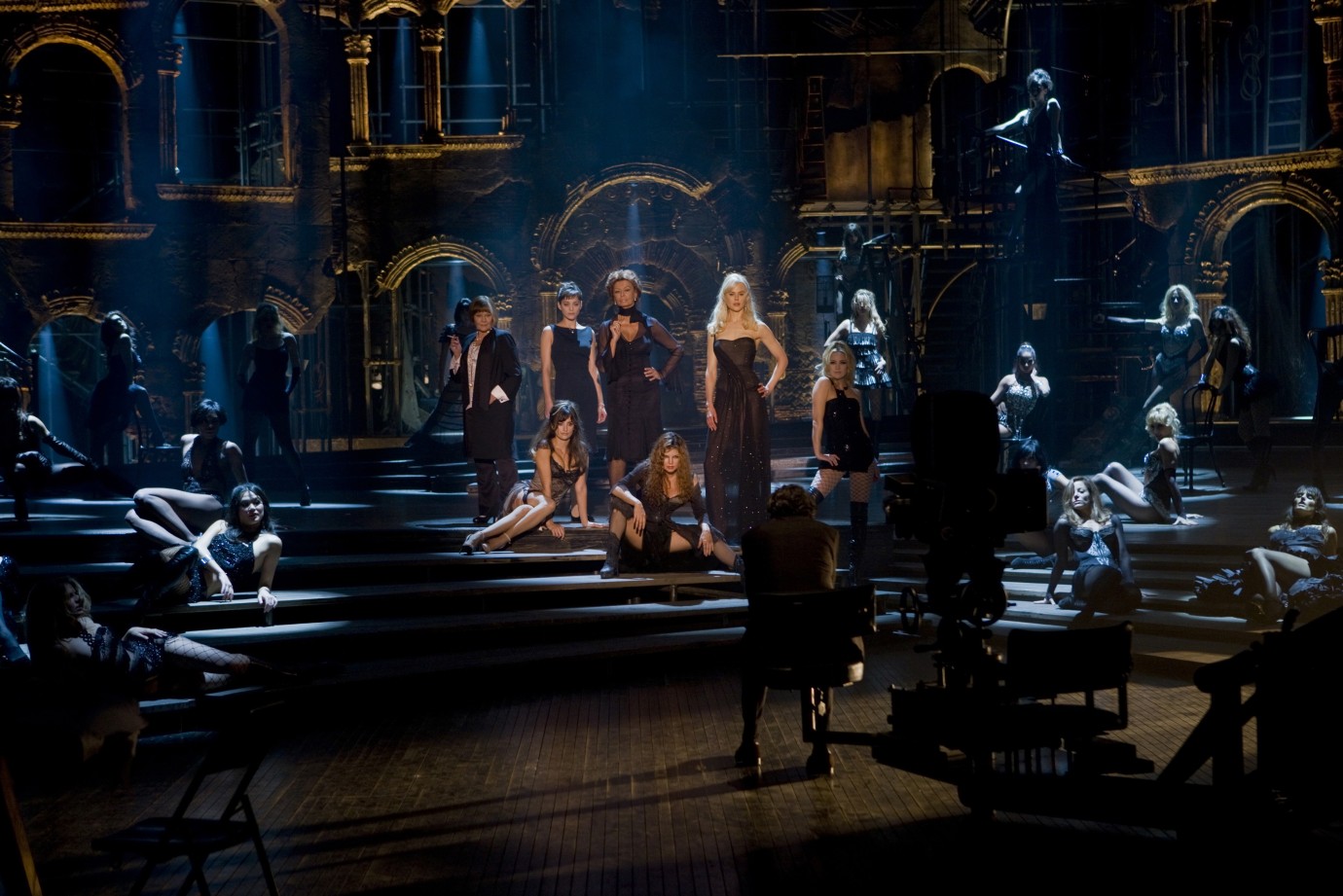 © 2008 The Weinstein Company
Director Guido Contini has made it to the very top. Widely regarded as the best filmmaker of the sixties, he has single-handedly put Italian cinema firmly on the map and is desired by the world’s most beautiful women. But then, just as he is about to embark on his eagerly awaited new film, he finds himself plunged into a deep personal crisis. Confused, seduced and stimulated by the women in his life: his wife Luisa, his mistress Carla, American fashion writer Stephanie, his costume designer Lilli, a blonde muse named Claudia Jenssen, a childhood sweetheart and his late mother, he struggles to find inspiration and a way out of his impasse. The legendary sound stage number five at Cinecittà film studios in Rome becomes the setting for Guido’s wildest dreams, memories and desires.
Director and Broadway choreographer Rob Marshall has succeeded in creating a breathtakingly glamorous cinematic experience in his adaptation of librettist Arthur Kopit’s and Maury Yeston’s (lyrics and music) titular musical first performed in 1982 that was based on Federico Fellini’s autobiographical film OTTO E MEZZO (8 ½). Marshall creates a unique style in order to present this drama of an artistic mid-life crisis, a style that combines emotion, music and bold camerawork and transforms the mind of the director-protagonist Guido Contini and his encounters with women into a visually stunning set of fantasies.
by Rob Marshall
with Daniel Day-Lewis, Marion Cotillard, Penélope Cruz, Judi Dench, Nicole Kidman USA 2009 118’