With the theme of 70-mm film, the pioneering power of wide format film and vastly improved sound are the focal point the Retrospective of the 59th Berlin International Film Festival. The programme of 22 feature-length films in the International and Cinestar 8 cinemas will be supplemented by a side programme, in which international guests can explore the historical effects and contemporary aspects of the subject. In our interview, the director of the Retrospective Rainer Rother talks about the unique qualities of the format, the film selection process and the direction the panel discussions will take. 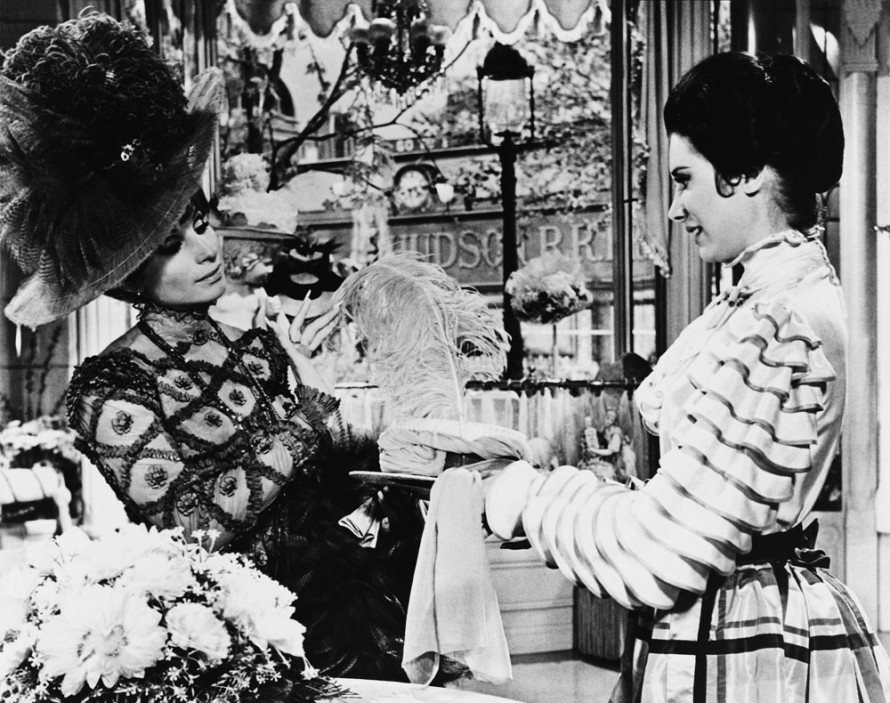 The thematic direction of the Retrospective 2009 will be determined by a technical aspect of the medium. To some degree, technology defines the medium of film and places conditions and limits on aesthetic projects. At first glance, the selected films couldn’t be any more different from one another. Does the format actually have its own defining qualities that can be identified in all 70-mm films despite different production contexts?

First, one should make one basic thing clear: 70 mm is grandiose when it comes to the visual effect and the impact of sound. From a technical point of view, however, it is a relatively costly format to produce, because, among other things, the cameras are normally much bigger and heavier than with 35 mm. It is an expensive format. For me, 70 mm can be seen as an attempt to get the most brilliant pictures possible, helping make the medium of film more attractive during the 1950s, when the cinema was feeling the increasing competition from television. 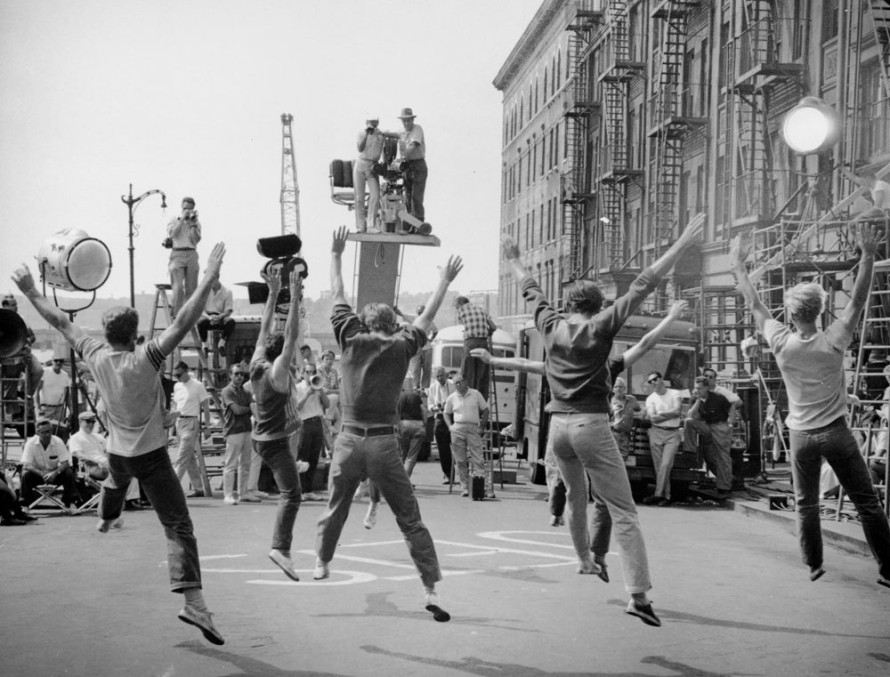 Musicals and antiquity films with a visual and audio brilliance

Does that mean, then, that certain forms are better suited to the format, in terms of the camera work, the selection of images, the montage? Or are certain narrative forms and stories especially present in the films?

The fact that it is an expensive production format means certain decisions have already been made. With 70 mm, in general, we’re dealing with films – at least when we’re talking about productions from the West – that were conceived as blockbusters. That means that for 70-mm productions most of the stories that were filmed were expected to have mass appeal. Having a great director was a requirement and – this was even more important – famous stars had to play the main roles. If you ask about the preferred stories or genres for these blockbusters, one immediately finds the musicals, which played a huge role in the production landscape.

Looking at the Soviet Union, however, one must talk about musical film in a more general sense, since here – rather than bright musicals – works such as Tchaikovsky were made which were also centred around music. This was linked to the six-channel magnet sound that made possible an audio experience that was incomparable at the time and even meets contemporary standards. The musical film was therefore the perfect field for the 70-mm format. A further 70-mm genre affinity can be found in the many films on ancient and historical themes, which was of course connected to the visual possibilities. If you think about the chariot race sequence in Ben-Hur, or about the magnificent pictures in these films about antiquity, or also El Cid by Anthony Mann, which was about the Christian resistance against the Saracens in Spain, these huge tableaux, these huge mass scenes were naturally a selling point for these films.

Does this powerful imagery – to exaggerate somewhat – mean that the boundaries of pathos are more readily crossed than in the case of other formats?

No, it doesn’t have to be like that. There are films like Around the World in 80 Days or Those Magnificent Men in their Flying Machines, which surely contain spectacular images and wonderful settings and also play with the possibilities of the format, but aren’t overloaded with pathos, but on a basic level, strike more of an ironic tone. Comedies were also possible in 70 mm. The format, as with Cinemascope, doesn’t predetermine particular narrative forms, stories or genres. The conditions of production meant it was crucial for a 70-mm film to be especially successful, which was why flops were so painful. When The Fall of the Roman Empire failed to pay for its own production, it endangered the studio and resulted in a rejection of films about antiquity.

Which selection criteria were there for the films that are being screened at the Berlinale? Was it primarily a question of availability and feasibility?

The availability of quality film prints is naturally a question that’s becoming more and more important for film history retrospectives. Firstly, with the 22 feature and several short films we are showing, it was about giving an overview of 70-mm productions from around the world and reflecting that diversity. It’s seldom possible to make a large selection of 70-mm films accessible to such a broad audience as one finds at the Berlinale. Based on this background it was our goal to present the most important film-producing countries in international comparison, to demonstrate the various technologies and the full range of themes and genres that determined the 65-mm or 70-mm film format. 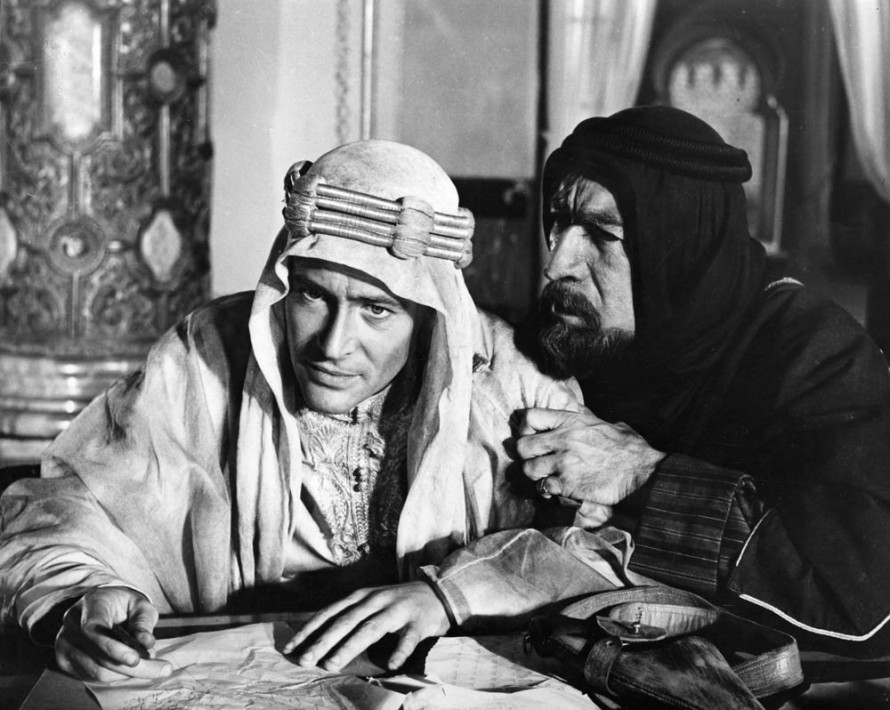 But of course, 70-mm cinema is also overpowering cinema, which to a large degree lives from its visual and audio opulence. And therefore it was even more important than other years to make no concessions in terms of print quality for this Retrospective. This had consequences for the film selection. Through in-depth research in archives and studios throughout the entire world, we discovered that no screenable 70-mm copies currently existed of some key works. And so, for example, a nice and new 35-mm print of Otto Preminger’s Exodus was made available, but all known 70-mm copies were out of the question because of their poor colour. The mechanical condition is also often a problem: Many archived copies might not survive a screening intact.

And so it pleases us, all the more, that the Retrospective provided the impetus for the German Bundesarchiv-Filmarchiv, at great expense, to produce a new 70-mm print of Flying Clipper. This film – the first to be filmed by the German-developed, relatively lightweight and therefore manoeuvrable MCS-70 camera – could not be shown for years and now we are presenting it in all its former beauty. 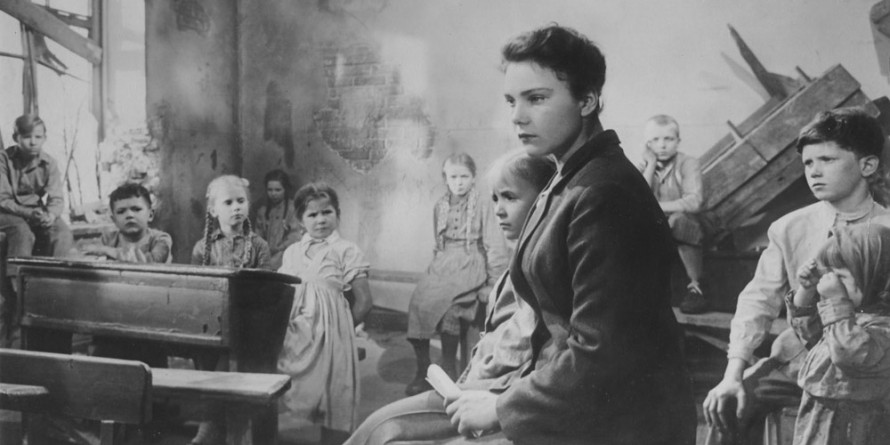 Digital data and fearing for our film heritage

Is the choice of theme also a statement about the materiality of film in times in which digitisation is rapidly progressing and when cinemas are more or less deliberately being driven to get used to it?

As in the case of every archive around the world, we naturally are faced with the problems caused by digitisation, and we also know that we have to take a position. There will come a time when we collect digital data instead of polyester film. Perhaps, for the sake of security, we’ll still fall back on acetate or polyester film, but this challenge is real. However, just because we’re doing a 70-mm Retrospective now, does not mean it’s not our primary intention to say film is only that which exists on 35- or 70-mm filmstrips.

This programme is definitely a plea to not neglect to care for historically significant film formats and, in this respect, we are of one mind with countless colleagues and institutions around the world. In our view, the current situation is very favourable for this Retrospective, because several studios in America have recently worked very hard to preserve their own film heritage and we are therefore able to show half of the programme in relatively new, partially restored versions. Five years ago that would have been impossible and naturally it played a role in our decision to devote ourselves to this theme.

The Retrospective 2009 is subtitled “Bigger than life”. Historically speaking, did the new format again raise the issue of the representability of reality or were the images rather fantastically excessive?

“Bigger than life” is normally a dictum that applies to cinema in general when it comes to certain narrative forms. Besides, there’s the eponymous melodrama by Nicholas Ray. We tried to apply the title a bit ironically in allusion to the overpowering imagery that the installation of 70-mm cinemas brought to the audience at the time. Today we consider similarly overpowering visual impressions to be normal in multiplexes or IMAX cinemas, but this huge picture with such brilliant resolution was seen as a real qualitative leap compared to 35-mm film. We’re alluding to the fact that it appeared more vivid and almost more natural than real life.

From the very beginning, the film world was tightly linked to business. How important were economic criteria - besides for the introduction - for the later demise of the 70-mm format?

Actually one could argue that 70-mm film production began to subside the moment that 35-mm negative material improved. Since the quality advantage of 70 mm over 35 mm was no longer so striking, more and more filmmakers decided to use cheaper 35-mm material to make visually stunning films. At the same time that did not mean, in terms of distribution, – at least in the 70s and 80s – that 70 mm was no longer being shown. Blow ups of 35-mm negatives were produced with great success as one sees with films such as the first Indiana Jones or Die Hard. 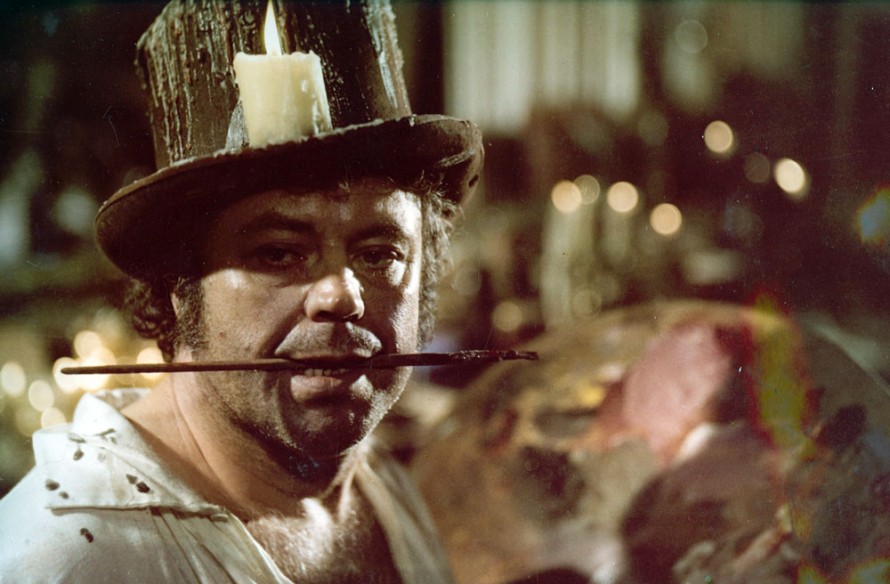 Focus on technology and aesthetics

Are such economic factors going to be subject of discussion events during the Retrospective?

Economic considerations always play a central role in cinema, and that’s even more true for 70 mm than for 35 mm due to the enormous economic significance of every decision. And so these issues will surely also be an important subject during our discussions. In our side programme, we will, however, concentrate on the technical and aesthetic aspects and will reflect upon the status of film-historical research, in which economic issues are not the focus. We’ll concentrate on those differences between the formats that are in fact visible in the cinema.

And what direction will the events take? Will guests relevant to each film be invited or rather cinema history and technical experts?

We’re planning talks with camera people and other filmmakers who have worked with 70 mm, in order to hear, from their point of view, about the specific characteristics or difficulties related to the technology. We’ll surely organise a panel discussion about the various aspects of how 70 mm is used today - restoration, presentation forms and perhaps distribution will probably all be addressed. We hope that several directors or other people involved in production will present their films with us. And of course we always invite the colleagues from the archives and studios who have supported us.

Still today, 70-mm material is used to produce films, mainly for special effects or for IMAX productions. As you were planning the Retrospective did you consider including this aspect in the programme?

We did think about including it for a short time, but you then have big problems when it comes to the selection, simply because so many films employed 70-mm material for special effects. Therefore we decided early on to show only films that were filmed in 65 or 70 mm and that were shown with 70-mm prints in the cinema. We will, however, try to keep these current trends in mind for the side programme. For example, a discussion has been planned with Frank Griebe and Tom Tykwer about the Berlinale opening film The International – for which 70 mm sequences were filmed.