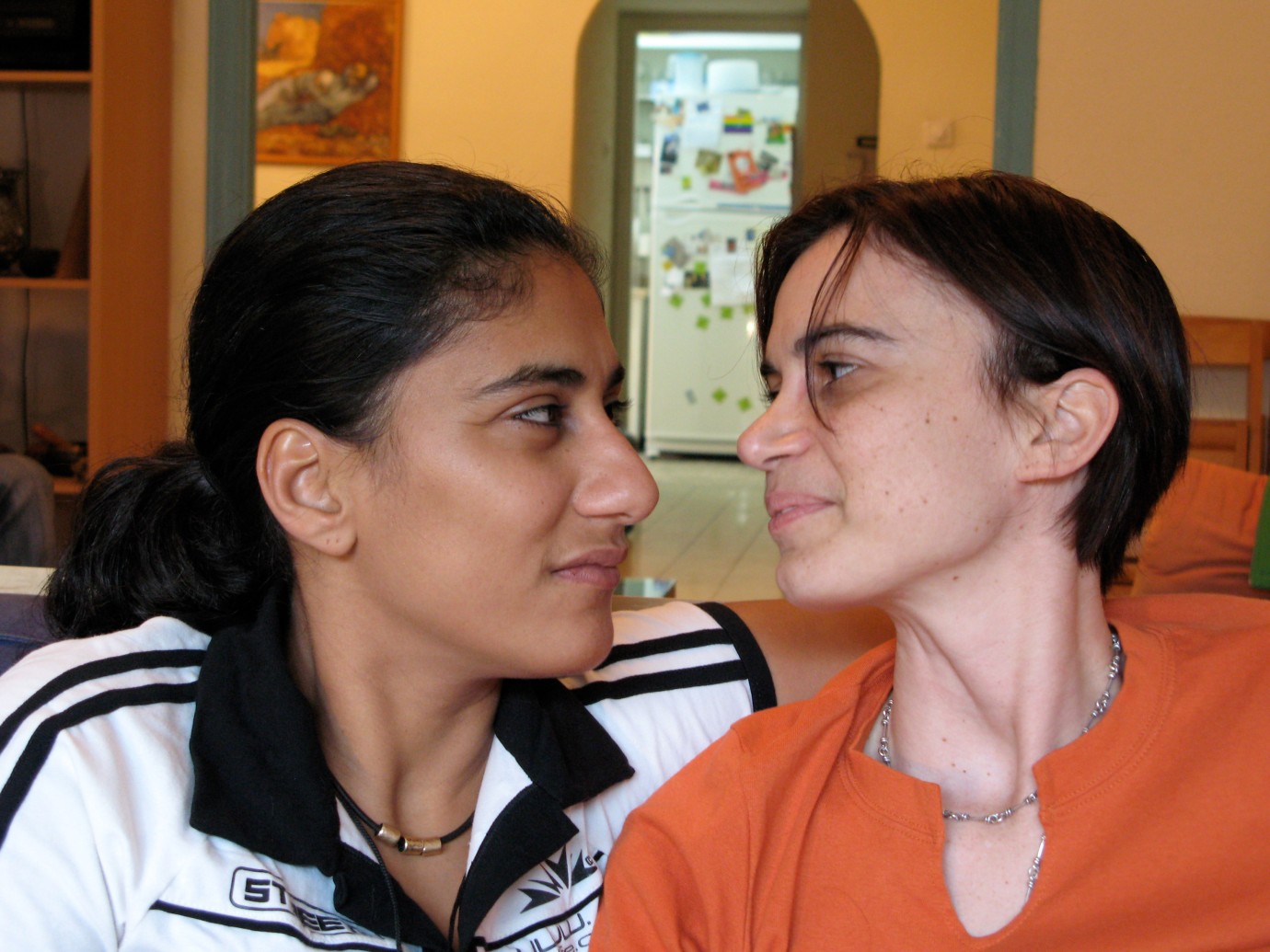 “Everyone comes from their ghetto and meets at Shushan.” says bar owner Sa’ar Netanal. His comment is not just a throwaway line but a statement. His gay bar in Jerusalem is a meeting place for people of all kinds of sexual persuasion, regardless of their ethnic and religious background. To get to this bar, Boody, who is a Palestinian and a devout Muslim, must somehow cross the barbed wire lined border between the West Bank and Jerusalem. In doing so he risks arrest – if not death. The chest and arms of 19-year-old topless dancer Adam Russo bear the scars of injuries inflicted on him by orthodox Jews during the 2005 Gay Pride Parade. When Samira, a 31-year-old Palestinian Jew, kisses her girlfriend Ravit she is breaking both the taboo of same gender love as well as the taboo of a love affair between a Jew and an Arab. Outside the bar, Jews, Muslims and Christian fundamentalists make a bid to overcome their differences by forming a solidarity group. Their aim is to prevent the efforts of gay activists to live a life without discrimination.
CITY OF BORDERS follows the lives of five people whose paths cross in Sa’ar Netanal’s bar. However, worn down by the constant clashes with Jerusalem’s arch-conservative administration, Sa’ar Netanal finds himself obliged to shut the place down. Boody finds his feet again in Warren, Ohio, as the world’s first Palestinian drag queen; Adam withdraws into his private life, and Ravit puts her relationship with Samira to the test when she decides to have a baby – something that Samira never wanted.