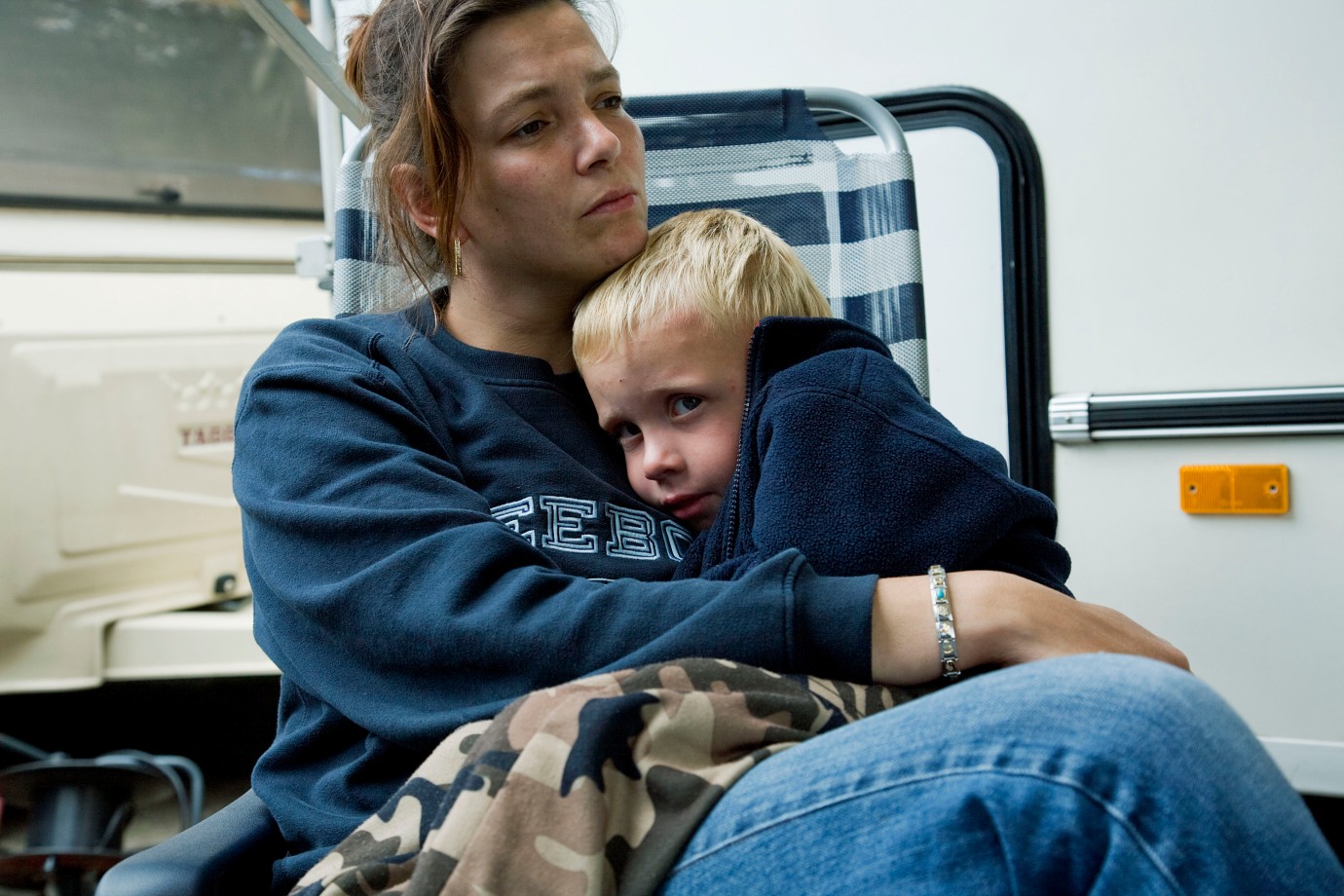 © Tara Fallaux
Playing in B-flat minor, the small circus band anticipates the fate of young Dicky, who lives with the knife-thrower and magician Willy in a caravan and brings up his little son. The band sings of the destiny of a woman who sets off on her travels in search of herself and happiness. For a whole summer the director followed the Circus Harlekino as it toured along the German-Dutch border. In between the putting up and dismantling of the tent and during rehearsal breaks and performance intervals she rehearsed the scenes of her film with the circus artists and staff. Although they are only playing roles and the plot is fictitious, the Harlekino troupe brings the reality of their life onto the screen. They talk in their own mixture of Dutch, German and French, they wear costumes they make for themselves, and after work they retire to the privacy of their lovingly decorated caravans. The director composes the world of circus life she witnesses into a magnificent panorama of images that also tells of the fluid borders between reality and fiction. Thanks to the precision of the photography the viewer can watch stories and feelings being born, and observe how reality itself can be turned into a story. Then the band strikes up the next tune and the caravans start moving on once more.