The Alpha and Omega of Good Taste

For the second year, the Culinary Cinema series took place at the Berlinale 2008. Once again, the events promised a creative and tasteful fusion of the cinematic and culinary universes, resulting in a very special experience. In our interview, director of the Culinary Cinema, Thomas Struck, talks about the connection between movie screens and tablecloths, responsible enjoyment and the unbroken commitment to biodiversity and healthy nutrition. 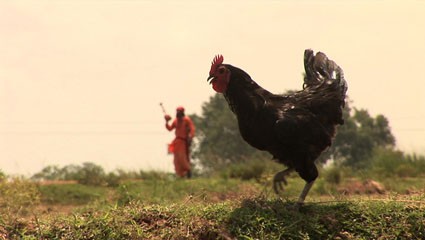 Cooking and eating are, at first glance, very different activities to making and watching films. The Culinary Cinema brings both fields together. How do you try to make connections and analogies tangible or productive? In other words, why is film especially suited as a medium to promote good, healthy food?

T.S. Seen as media, film and food both transmit a message. In one that happens on a vertical screen, in the other on a horizontal screen – usually a tablecloth. In both cases, consumption takes place over a limited period of time. Both food and film get under your skin. Though one medium came at the very beginning of human civilisation – namely a warm meal. The other medium is, at the moment, situated at the other end of our civilisation – film, which wouldn’t exist if there wasn’t a “little fire” or “focus” in the camera. It is against the backdrop of this span of human history that the Culinary Cinema takes place. 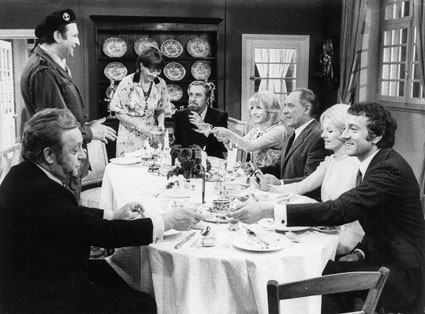 In both film and cooking or eating, the link between various sensory forms of perception plays a role. In the cinema, it’s primarily about the processes of seeing and hearing. A film can also leave a sensory after-effect on the taste buds. How can the cooks do justice to these expectations?

In the Culinary Cinema, it’s not about a direct correlation between what has been seen and the meal. Neither does the series only show films in which people are permanently cooking or eating. On the one hand, we’ll show films that have something to do with pleasure and pleasurable food. On the other hand, our films are about the origin of foods and our responsibility when it comes to our resources. Which means we show films which – in the broadest definition of the terms – address the issues of nutrition, nature and the environment.

By contrast to the TV dinner, where you eat while watching, here the eating takes places after the film. Our cooks hope to interpret a feeling or rather an atmosphere in the film. The viewers will find an interpretation of the emotions they bring with them into the dining room again on their plate.

Beyond that, we try, with the food to spark conversations between viewers, because we see food as a means of communication, like film. In this sense, the communication after the film is first structured in the form of a moderated talkshow, which will this year again be moderated by TV chef Alfred Biolek, among others.

The Culinary Cinema is also about the way food it produced and the use of natural resources. Does this mean it has particular political aims?

Eating is a political action and encompasses many current issues: from over-fishing in the seas to destruction of forests. Also the fact that we produce enough food for 13 billion people, although only six and a half billion live on the planet, is a political matter. At the end of the day, with every bite you’re either a part of the problem or a part of the solution. 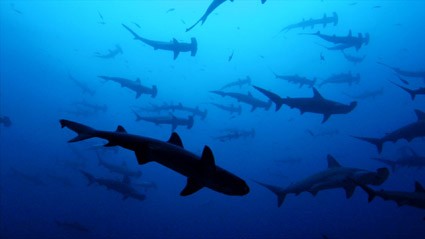 Sharkwater. The Truth Will Surface

Of course, this a very multi-faceted field. On the one hand, of course, the actions of consumers affect these issues. On the other hand, processes, contracts and dependencies on the level of regional politics, play an important role, which is highly complex.

That’s surely the case, but, to avoid misunderstandings: we don’t see ourselves as an environmentalist and food protection activist event. Rather, with this series, we want to create a certain consciousness through film and cooking. No more, no less. The evenings are limited in size, with around 200 guests, who will have a good time together, without losing sight of the serious background of the event.

The organisation Slow Food, with which the Culinary Cinema is intellectually tied, promotes “good, clean and fair” production of food. That also implies an aspect of environmentally and socially sustainable means of production. Will this perspective also have a place in the Culinary Cinema programme?

Slow Food is a philosophy we sympathise with, because it sees food in relation to culture and takes a holistic view to the many-sided aspects of cultural activities, to which filmmaking and eating belong. We like this holistic perspective and on this basis, we do have a connection to Slow Food.

Which chefs can viewers look forward to?

Thomas Kellermann from the Vitrum restaurant in the Ritz Carlton, Bobby Bräuer from the Quadriga in the Brandenburger Hof, Kolja Kleeberg of VAU und Cornelia Poletto of Poletto of Hamburg.

Alongside the preparations of these star chefs there will be additional highlights in the Culinary Cinema. For example there will be encounter between Carlo Petrini and Ferran Adrià.

Yes, this meeting between Carlo Petrini, the founder of Slow Food, and Ferran Adrià, the chef who became famous through the catchphrase “molecular cuisine” promises to be very interesting and exciting, because to polar opposites will be coming together. We’ll have the opportunity to get to know the seemingly artificial approach of Ferran Adrià better. For him his work is about the language of the cuisine and the essences of food, which means nothing else than the taste.

Fundamentally, Slow Food takes the same approach, because here interest also lies in the origins of food and the origins of taste. This history is embedded in the culture in which a food is created. From whichever perspective one sees things: at one end of research or the other, one always finds good taste. Its creation is the task of cooks, farmers, fishermen, mothers and everyone else who has something to do with food production. 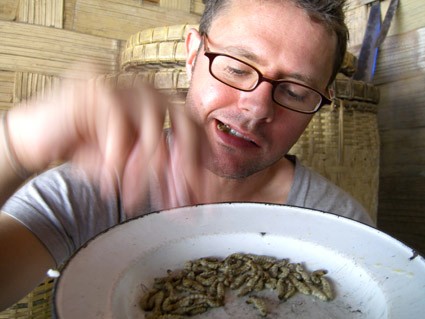 Cooking in the danger zone

The University of Gastronomic Sciences (UNISG) in Pollenzo is committed to the preservation of cultural techniques and biodiversity. The cameraman Michael Ballhaus got involved there and produced films with students. One of them is the short film A Day in Eataly, which will be shown in the Culinary Cinema. What’s this all about?

We developed a programme with the university, in which an “Encyclopaedia of Nutrition” will be built up in order to preserve the diverse techniques in human culture related to foods and the production of nutrition. Of course, this project requires comprehensive documentation, which can be realised very well through the medium of film. Michael Ballhaus, himself an enthusiastic cook, is participating as the patron of this project and has already run a course on audiovisual documentation. At the moment we are working to develop this project further.

We are also continuing our “School of Food” initiative, which is committed to healthy nutrition for our children and in schools. In this respect, we will be organising a kid’s day. We’ll be showing Ratatouille, after which a meal will be served.