Berlinale Shorts entered the second round as its own section and offered its audience a rich and diverse programme of works by young and established filmmakers from around the world, covering the full spectrum of the short-film repertoire in terms of content and form, proving that length is no measure of quality and that short films can captivate viewers. We spoke with curator Maike Mia Höhne about her experiences putting the programme together, short films that ask questions, and current creative trends in the scene. 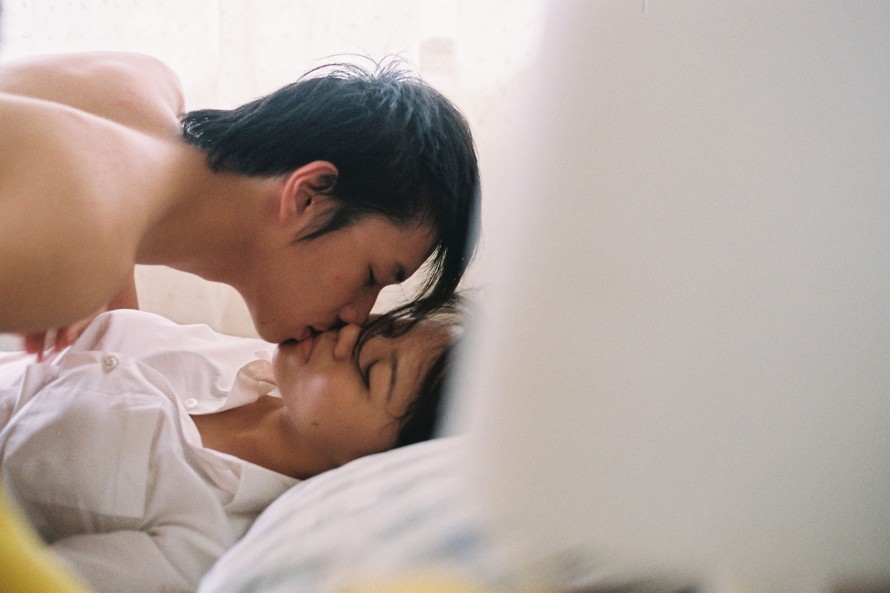 Since 2007, Berlinale Shorts has been an independent section. Has this changed the amount of attention short films receive at the Berlinale? Have you noticed reactions since you took up your post in summer 2007?

The reactions we have received so far have all been very positive. But I think we first have to wait until the festival to be able to say more about it. Personally I am excited about our selection, which in my opinion is very special. But we’ll see how the viewers judge… Besides that, the Berlinale has awarded the Golden Bear for the best short film since 1955, so the festival has had its eye on this type of cinema for a long time.

In the section’s online profile, it’s stressed that it’s less costly to produce a short film than a feature-length film. That doesn’t make the selection process any easier, if you start with such a vast offering of films. Do short films have to meet special requirements to be able to take part in the festival?

First of all, a film first has to be captivating. If it captivates us – for whatever reason – you’ve got a basis for discussion. Or you can say, “I don’t have anything to say about it, but the film does something to me.” If either is the case, the film joins the short list. 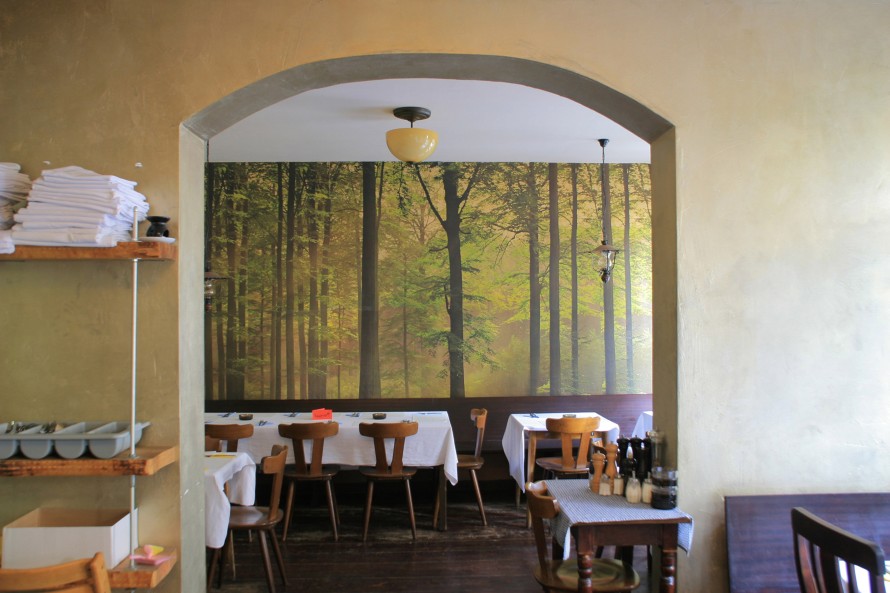 So there aren’t any formal criteria or rules about which genres can be submitted. What about music videos, for example?

There are no limitations on genre. If a music video is great, it can find its way into our programme. But this year there were no such submissions. Often with the films we turned down, there were just too many question marks that we couldn’t clarify. Not that questions aren’t good. Just the opposite. We have a lot of films in the programme that throw out questions and are so interesting for exactly that reason. We want to learn more and are happy if the director is present for a discussion.

If you need less money to produce shorts, there must be a lot of countries that have a less developed film infrastructure where filmmakers can resort to short movies

We have, for example, a film for Georgia, Second Hand Sale, by Temur Butikashvili, which was produced with the simplest of means. The director take a lots of time to tell the story, bringing you closer to his country, with so much warmth, but also wit and charm. It’s really great and moved me immediately. Of course, you can argue about the selection of films – I’m happy to do so. In any case, I’m very excited by the collection.

It’s often said that short films help filmmakers launch their careers, they serve as their visiting card. Especially because young people often don’t get the means or the opportunity to make longer films. Are all the films by young directors, or do you also have productions by established filmmakers?

That’s always the classic question: whether or not the short film is just the gateway drug. I’d like to get away from that a little bit. We’ve got both: really young filmmakers – which I think is great – for example Olga Popova from Russia who is in the competition with B Teme (In The Theme), she’s only 20 and David O’Reilly who’s also in the competition with RGB XYZ, and also in his early 20s. Of course there are somewhat older, more established directors like Jörn Saeger and the aforementioned Temur Butikashvili or Maryann De Leo, who can look back at a long, successful career as a television documentary director, and made White Horse with the visual artist Christophe Bisson.

So it’s not just about initial entry into the film industry. For me it’s mostly about searching for filmmakers who have their own language. I think it’s really great that there are a few filmmakers, with whom you have the feeling that short film really is their format: they work in it, they have their visual language, their dramaturgy, their themes.

And those are usually ranked as experimental or installation-style projects?

Often, because the form makes it possible for them to work alone. The problem with filmmaking isn’t usually that one prefers long formats, but that one wants to live off of it. And the less people you have to pay, the easier it is to live off of it alone. Therefore, short films perhaps make it easier to realise projects by oneself. Often these works are suitable for installations. And so there’s definitely a certain connection to a more artistic context. We will have several filmmakers visiting who feel more at home in this realm. But of course there are grey areas and you often can’t say if a work is an installation or not.

On Monday, February 11 2008 Berlinale Shorts, in cooperation with the Berlinale Talent Campus #6 and Forum Expanded, is organising a short film day: shortfilm expands cinema. Besides film screenings and a forum for exchange between filmmakers and visitors from the different sections, there will be moderated discussion events. What’s planned?

We work closely with Forum Expanded because the boundaries between formats are blurred and some films just fit better in one section or the other. On February 11, there will be a panel discussion with Matthias Müller and others that address exactly these issues regarding formal limits. Afterwards various festivals and distributors introduce themselves with a kind of pitch to the participants, so that later in the bar they can chat with talents and filmmakers. The evening concludes with the Talent Night, now established for several years, moderated by David Thompson.

Are there certain thematic or formal tendencies, which can be found in several films?

There is a noticeable striving towards nature. Film is the definitive urban medium – but the filmmakers have gone into the mountains, into the forests. It’s exciting. 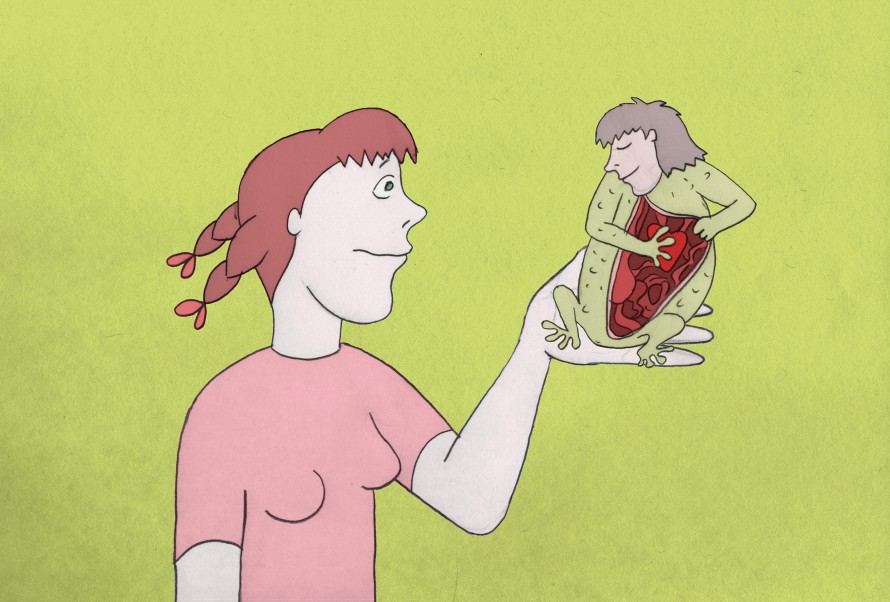 On a formal level, we especially noticed the presence and dramatic significance of photography. It’s unbelievable, that even in the final selection you can see a rigorous thread. Photography as a conveyor of relationship: image taken in the hand – past, present. Rather than many words: a picture.

Also interesting is that Eastern European films tell their stories in the utmost detail and as close to reality as possible. Which begs the question, why it’s so important for these filmmakers to hold on to everything and get it into the film. Perhaps it has something to do with their history. I don’t want to generalise. At any rate, this was really noticeable and makes you think.

In general, how do image and language relate in the selected films. Are there any films that contain a lot of talking?

Sticking with the Eastern European films, in this respect they are exactly the opposite of the so-called “Berlin School”: People are permanently talking, with the right words for images and people, it’s brilliant.

And then there is, of course – because the filmmakers are often to young – the theme of spring fever. Four or five films on this theme are in the programme, and they’re all in the competition. We’re eager to see how the different perspectives will be received.