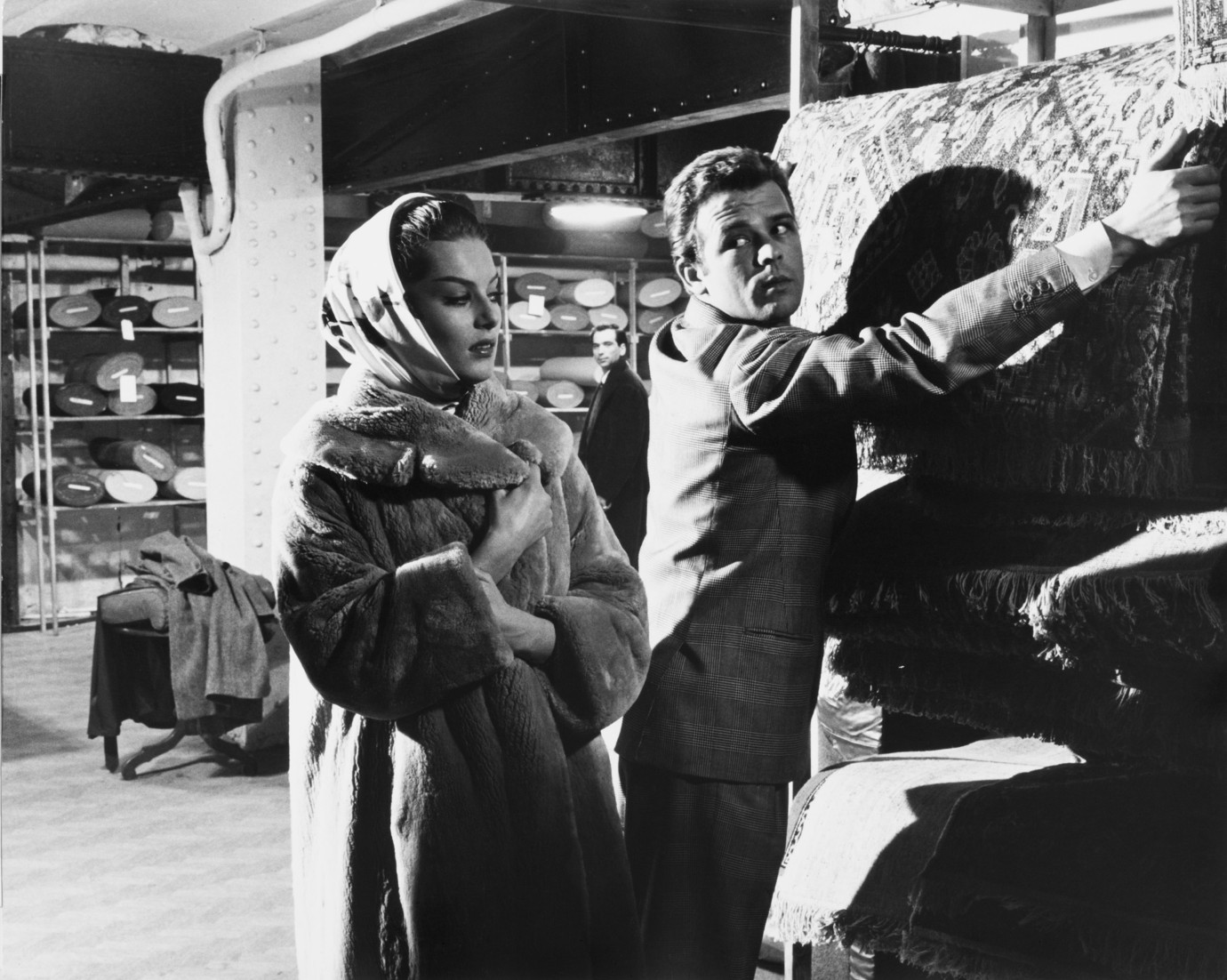 When Italian guest worker Mario is taken under the wing of his countryman Totonno, little does he realise that he has fallen into the hands of a gang of crooks, and that Totonno himself is a con man. But there are other criminals in St. Pauli who have already staked their claims and now Germans, Poles and Italians are all battling for a piece of the action. Things get awkward for Mario when he falls in love with Paula, the wife of a carpet dealer named Meyer. “We are presented with Hamburg without the nautical romance: bleak, polluted, rain-drenched and with rough north German undertones. This realistic portrayal of the dockyard milieu lends a strange fascination to an inherently sentimental love story.” (Ernst Bohlius, Film-Echo, 1.7.1961)