The Joy of Being Serious

Forum head Christoph Terhechte hopes to sweep away the cliché that his section is too serious and no fun. In 2007, once again, the Forum shows that cinema is most fun when it doesn't let itself be restricted by the demands of the mainstream. We talked to Terhechte about the joy of seriousness, the thrill of the imbalanced and how a film programme can combat prejudices. 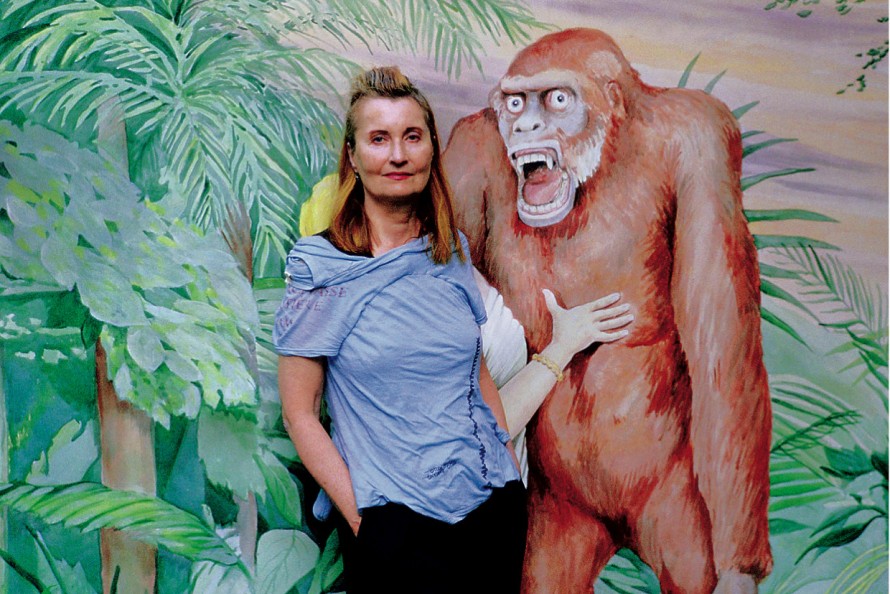 This year the Forum consciously presented its programme as “imbalanced”, one that sought out contrast and contradiction. Why isn’t balance necessarily a virtue for a film programme?

In film programmes balance is often defined geographically. But if you try to do justice to every country, you run the risk that none of the films are related to one another. Our programme isn’t about proportional representation, with quotas for specific regions, for documentaries and features, for films about women or by men. We create a programme in which the individual films fit well with one another and in which a net is constructed through thematic and formal connections. For me, the art of programming is successful when this net remains intact when you touch it and doesn’t fall apart. Of course, this concept also includes a positive concept of balancing out, and, therefore, an equilibrium. You can compare it to cooking. You don’t just throw together what are supposedly the best ingredients and hope that something good comes out of it.

That also means that the Forum “has an agenda” and doesn’t just hide behind the statement “We show what is offered to us. If you don’t like it, go and complain elsewhere.”

That’s right. After the programme press conference, journalists often come to us and ask: “Why don’t you have anything from my country?” And we say: “Last year we had four films from your country and they fit perfectly into our programme, but beyond that there are no guarantees.” We stay open in our programming work, through which continuity and renewal is expressed more spontaneously. The Surrealists talked about 'écriture automatique': “If you switch off consciousness, the true picture emerges.” Of course, it’s not exactly like that, we do actually think about it a lot while making the programme. But we want to pick up on the influences that are in the world and do justice to them – without placing a filter in front. That’s very important for me. 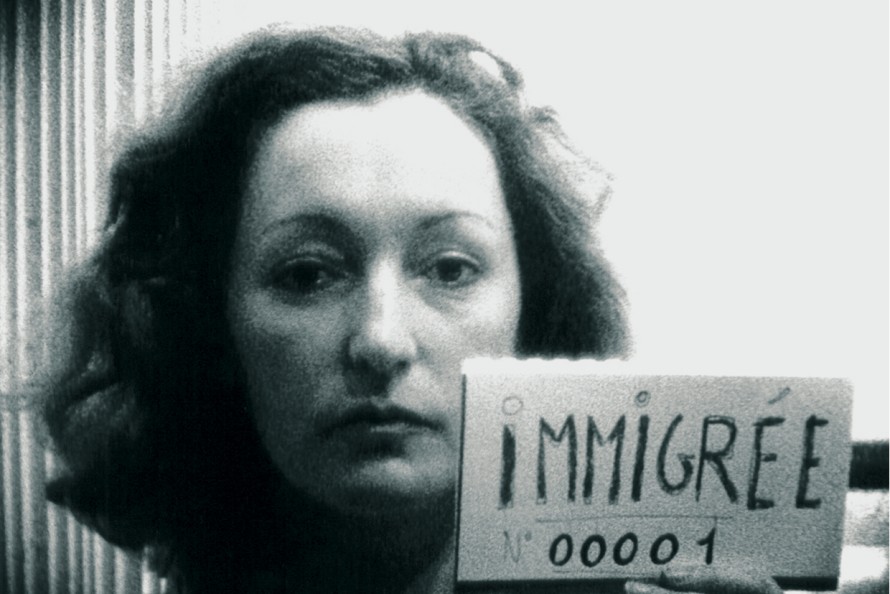 These names no longer properly correspond to our understanding of ourselves. Therefore, we now refer to the section in its abbreviated form, the Forum of the Berlinale. “Young” and “New” come from a time when the Forum positioned itself explicitly in opposition to a Berlinale that was both “old” and “old-fashioned” and which had grown old as an institution. Back then the idea was to break down a hardened structure, in which a certain type of artistically independent film stood no chance. In the late 1960s, early 1970s, all big festivals went through this break and passed through the subsequent process of renewal. Of course, that doesn’t mean that there weren’t great films running at the Berlinale back then. But there was such a huge surplus of films that didn’t even receive a chance that we said: let’s break down the old and do something new. Today we’re in a totally different situation. 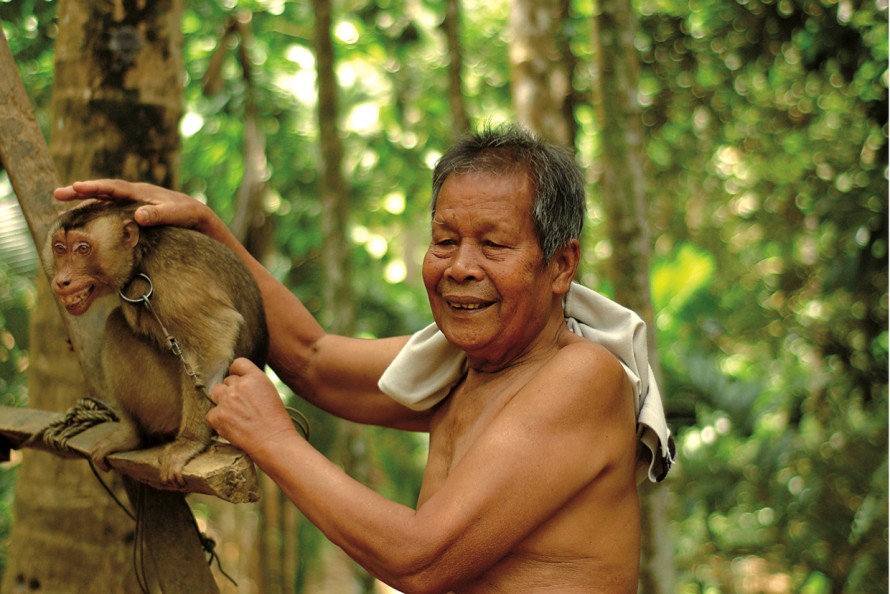 "You can discover many new things, if you don’t hope for a revolution every time."

But the expectation of seeing something truly “new” in the Forum has nonetheless remained. Is there really always something new to discover?

Sure, there are constantly new discoveries to make. The cinematographical world is more present today then it was in the early 1970s. But how many people can say that they know Malaysian cinema? Last year we had two Malaysian films, this year we have another one. Right now things are happening there: new people, who are actually doing new things with new ideas. What Amir Muhammad did last year with The Last Communist, had simply not been done by anyone before: to tell the story of the Communist Party as a musical. This year we show his new film Village People Radio Show, a documentary as radio show with Shakespearean influences. You can discover so many new things if you don’t hope for a revolution every time. The term “innovation” has run its course, that’s true. But as long as the world continues to change and filmmakers continue to react to it, festivals will have something they can draw from.

It often turns out that the people who do something new are the young ones. That’s natural, but it’s not necessarily the case. The Forum gives a lot of space to filmmakers who have been making unconventional, free, individual cinema. We often show and like showing the films of Frederick Wiseman, who at an advanced age, continues to present trailblazing works, or of Michael Snow, who still does the wildest things with his films.

After all, like all the sections, the Forum consciously fosters continuities.

That’s true, but we also very deliberately break them. If we would automatically invite everyone who belongs to the “family” every year, then we could just spare ourselves the work of programming. We would look to see which of our good friends submitted something, and then, great, the programme’s finished. That’s not the way it works. Continuities are important, but if we maintained these continuities every year, the programme would get out of hand and lose direction.

The Forum sees as one of its duties to create a presence for filmmakers we rarely get to see in this country and therefore foreign social realities. But for cinema globalisation also means a coming closer together, and therefore standardisation – but not necessarily more understanding or equality. How is otherness depicted in the era of globalisation?

I am still convinced that films can make a contribution to making that which appears alien more familiar. Films can break down prejudices and let us deal directly with the other, instead of just automatically rejecting it. That doesn’t mean that film automatically does something to counteract inequality. Thats where films get political and in this field things have changed enormously in the 37 years of the Forum. Every year sees a new definition of what can be portrayed in political film, and in the way film becomes political.

This year we’re showing a film about Mauritania, Le Cercle des noyés. The conflict in Mauritania lasted over 20 years and has actually been over since the dictator was overthrown two years ago. The “more present” conflict in Africa is the one in Dafur, where unimaginable slaughter is taking place. So one could say that Le Cercle des noyés is no longer topical. But if you watch the film, you realize that it deals with something very fundamental: What are the roots of exclusion? How is exclusion organised? How is inequality created? In this conflict it’s the Arab culture of Mauritania that excluded the black culture from the south of the country. Here, exclusion means that those affected are kept down in every sense: economically, politically, existentially, ultimately being murdered. 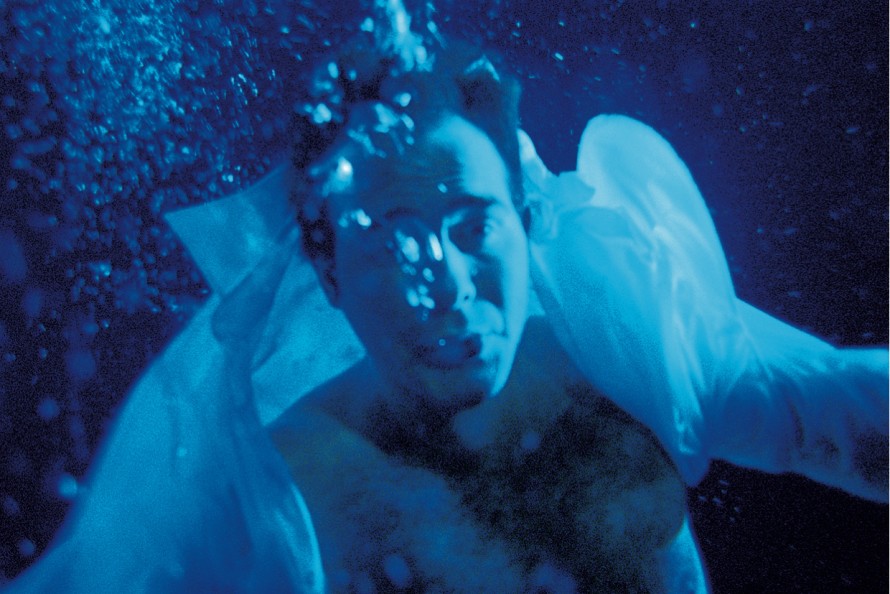 I was a Swiss banker by Thomas Imbach

The motto of this year’s Berlinale Talent Campus is “Home Affairs, Privacy and Politics”. It’s all about the changing conditions of film production. Dorothee Wenner, head of the Talent Campus, says that the “blank spots” on the map of the film industry are getting bigger all the time because the film infrastructure of entire regions is falling apart and these area are no longer represented globally or only in cliché-ridden terms. Is this crisis about the lack of opportunities to produce or is it about access to the global film market?

Both, in equal measure. One could rightly say that this year’s Forum programme reads like an illustration of the Campus motto – also because of what is missing, in the “blank spots”. Though, compared to the Talent Campus, the Forum, with all its curiosity and openness, can only show films. That’s why you see these blank spots in our programme, and the biggest blank spot is Africa, from where we have just two films this year. Such blank spots can be found in many other areas and the reasons for these gaps vary widely. The Talent Campus, by contrast, makes cinema, it even creates filmmakers. It helps young people make films, and therefore takes another position, when it comes to filling this blank spots.

When I say that the Forum primarily shows films, that doesn’t mean that we stay on the well-trodden path. We always ready to shift our attention. There aren’t just blank spots, but also plenty of “cinematographically emerging countries”, in which a movement will suddenly be born. As I said, Malaysia is a good example of this. Whether this dynamic can be sustained, depends, of course, on how good the infrastructure is in the country itself, and how much external support they get. For this there are more and more international networks, in which the Berlinale is also involved through the World Cinema Fund and the Co-Production Market. But to a large degree it depends on how a country can itself provide fertile soil for cinematic developments.

Last year cinemas and festivals screened a large number of big productions in which Africa featured as the setting for politically-loaded dramas and entertaining action movies. On the other hand, you have a situation where the continent’s own film industry is struggling more and more. What’s your perspective on this development?

Of course, these films have their merits when they’re made in a sincere way. They have also found their place at the Berlinale, due to the differentiated section profiles – as long as they raised consciousness about certain crisis situations. On the other hand, the festival has instruments like the World Cinema Fund and the Talent Campus, which are deliberately applied locally and closer to the ground. After all, the situation isn’t hopeless. There are always interesting works and processes. We should keep our eyes on these and support and take them seriously.

The joy of being serious

The press was very interested by the announcement that the Berlinale would be featuring a “Gossip Studio” – in the Forum! A hostile takeover or self-irony? What’s the “Gossip Studio” all about?

The worst cliché about the Forum is that we’re anti-fun and that we don’t know how to enjoy ourselves and just show serious films. I think we should fundamentally do away with that notion. You can be serious and have fun at the same time. Taking pleasure in working on something and doing it seriously, these belong together. I think you can actually have the most fun in the Forum, because we are the most open and take a playful approach to film. You can be playful within a film, such as Thomas Imbach in I Was a Swiss Banker and you can also overstep the boundaries of the field of cinema, as the Forum expanded programme does. As part of Forum expanded, the Gossip Studio is the logical continuation of one of the basic ideas behind the Forum: having fun with cinema and not limiting yourself with restrictions that would be imposed on the mainstream. The closer you keep to the mainstream, the stricter the rules you have to follow.