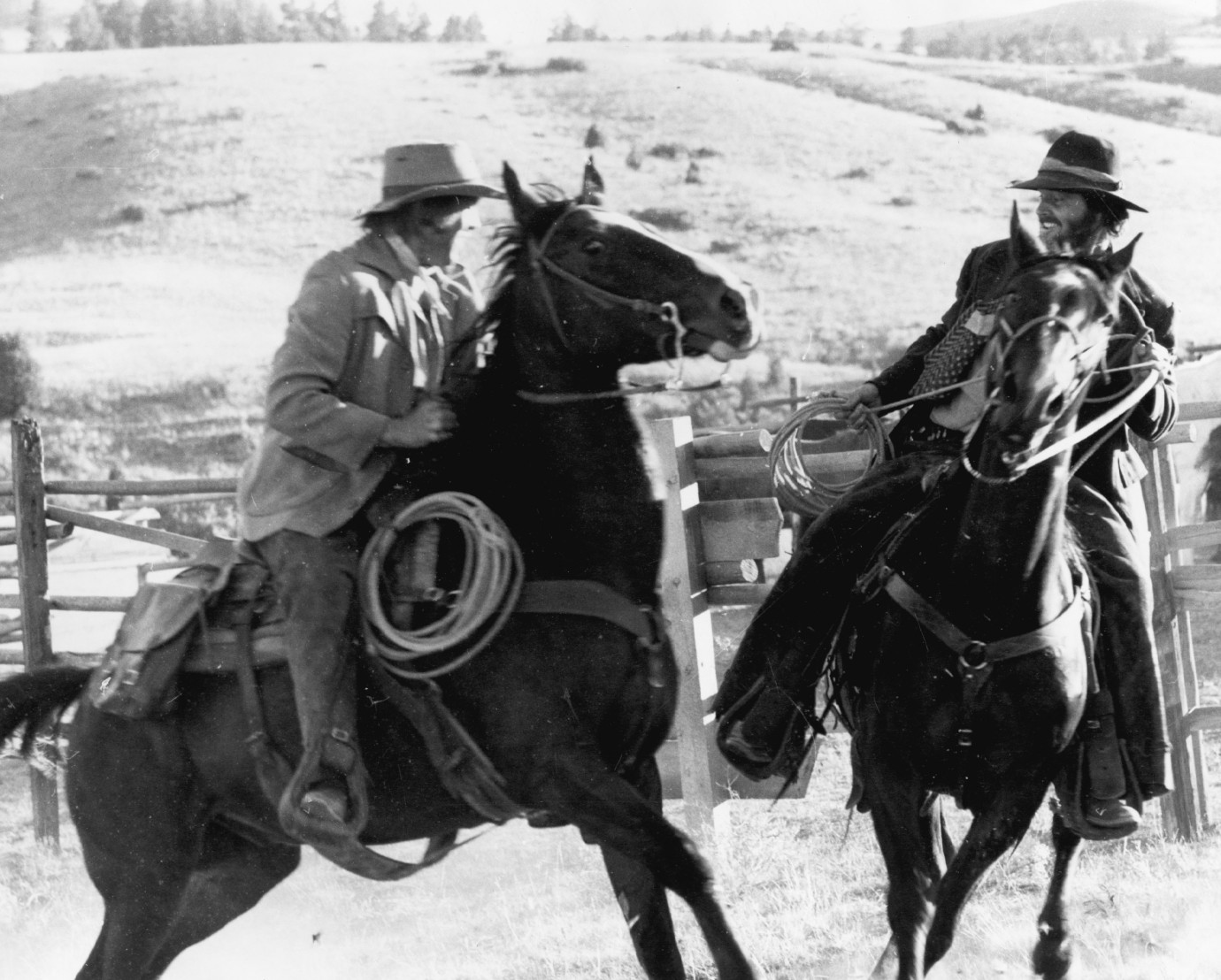 By 1880, the cards in the West have all been dealt. Some, like Braxton, are owners of large estates, whilst others have to fend for themselves as best they can. One such battler is Logan, who steals cattle to get by. As a warning, the landowner decides to hire an infamous killer named Clayton. "The duel between Braxton's hired gun (Brando) and Logan (Nicholson) is, apart from anything else, a conflict between two types of acting: (...) (Brando) transforms the paid killer into a crazy eccentric, turning in a performance that goes way beyond the disciplined scope of the film in its Actor's Studio excesses, while Nicholson plays the outlaw Logan with reticence (...), and gives the character subtle human contours." (Arnd F. Schirmer, Der Tages spiegel, 24.9.1976)