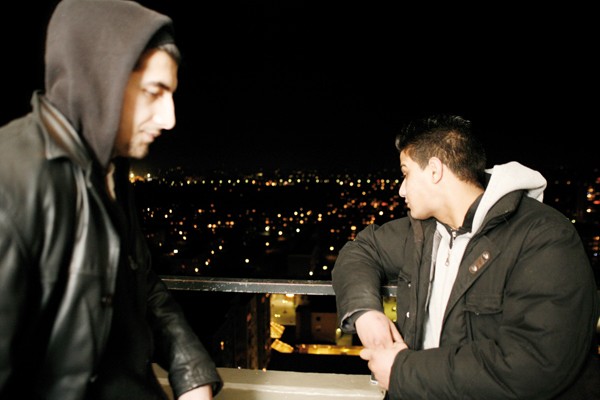 With its high crime rate and large foreign population, the high-rise estate Osdorfer Born in west Hamburg is regarded as something of a social hot spot. Anyone who lives here has no more to hang on to other than their sense of identity as a member of a ghetto. This identity provides a common bond for a large number of the estate's youths. Life for young men living in Germany's urban ghettos is characterised by a feeling of being ostracised and a sense of barely having a future. Consequently, they compensate this feeling with a mixture of local patriotism, macho behaviour and crime. OSDORF is a documentary portrait of a group of young immigrants living in one of Germany's metropolitan ghettos.
Maja Classen: "The media's influence on these young men is omnipresent. The boys reproduce US rap, imitating the style and the posing, but also the sexist attitudes and the glorification of violence. They collect photos, clips filmed on mobile phones and newspaper cuttings, proudly displaying them as trophies of their ghetto gangster identity. Nevertheless, we succeeded in breaking down the barrier between film crew and protagonists and managed to gain their trust. It wasn't all bravado. When the boys realised that we were genuinely interested in them, there were moments where they allowed us to see their weaker, softer side, and to learn of their doubts. They admitted how much they longed for another kind of life. As Alican puts it: 'I got involved in all kinds of shit to make a name for myself. That was all I wanted and that's more or less what I've achieved. Plenty of people respect me for that.'"