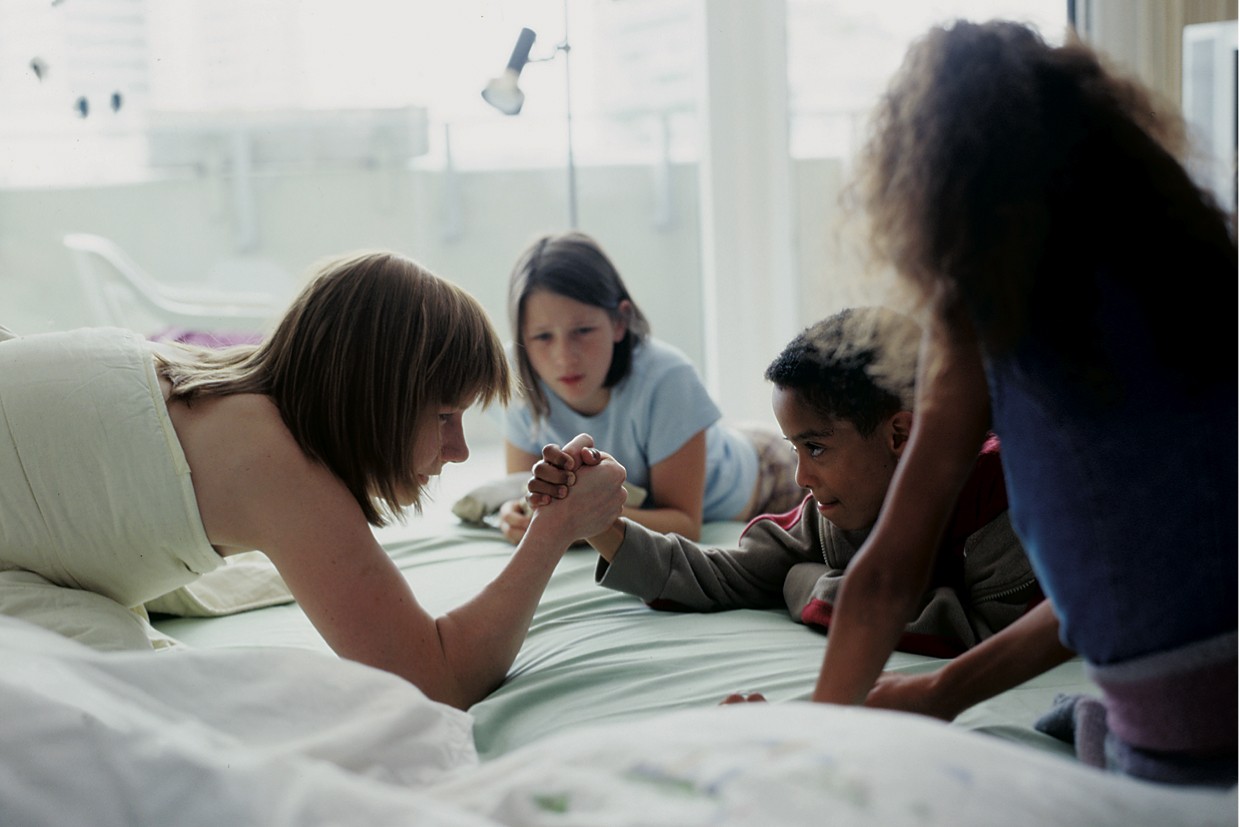 Wanted for theft, Rita flees to Belgium with her baby. She manages to find her real father there, whom she never met, but he has a new wife and children and cannot take her in. The Belgian police arrest her and deport her to Germany, where she is sentenced to a long prison term. Rita's other four children live with her mother Isabella during this time, but she is too busy working, and the oldest daughter Fanny has to take on the responsibility for them. When Rita is released from prison, she takes back her children. With the aid of Marc, a US soldier stationed in Germany, she develops something like normal family life. But when Marc is to be transferred back to America, Rita's entire life is thrown off balance.
Writer/director Maria Speth: "Everybody seems to know what a mother is supposed to do and what not. And when she infringes upon these role expectations, massive sanctions are imposed on her. With a view to this, the film gradually unveils a portrait of a woman who claims her mother was never a mother to her. But then she herself has one child after the other and foists them all off on her mother, forcing her to take on the role she denied Rita. Rita's story thus reflects the plight of past and future generations. Will Rita's eldest daughter too claim one day that she was never a mother to her?"