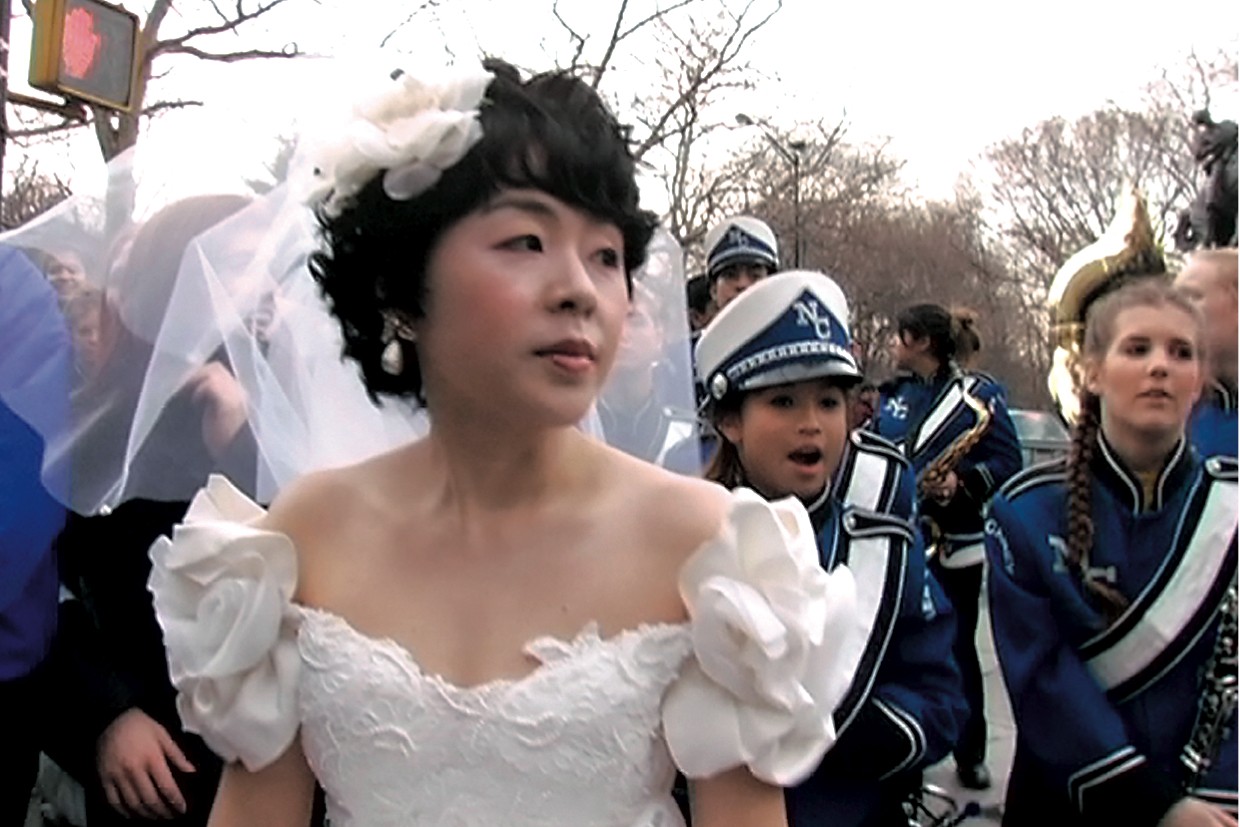 © Nikki S. Lee 2006 courtesy Leslie Tonkonow artwork + projects New York
Nikki S. Lee makes a documentary film about Nikki S. Lee while the latter is at work making a documentary film about herself.
The photographs of the Korean-American artist Nikki S. Lee show her in a thousand disguises: as a Latina on the beach, as a black rapper, as a Jewish bride; as a young mother and as an old lady on a park bench; as a bookworm and as a skateboarder; as a carefree hippie chick and as a reserved businesswoman. Who is the real Nikki S. Lee, her admirers would like to know. a.k.a. Nikki S. Lee won't answer this question. What she started in her photos, she carries to an extreme in this clever, imaginative, and exceedingly humorous documentary film: a constant play of identities. The filmmaker so cryptically includes the art business, the jet set, the film world in her self-presentation, that even reality becomes unreal, and in the seemingly documentary moments when the artist speaks seriously about herself, you suspect it's reality's last hold. That's a mistake. Because no certainty remains unshaken in this work.
Christoph Terhechte