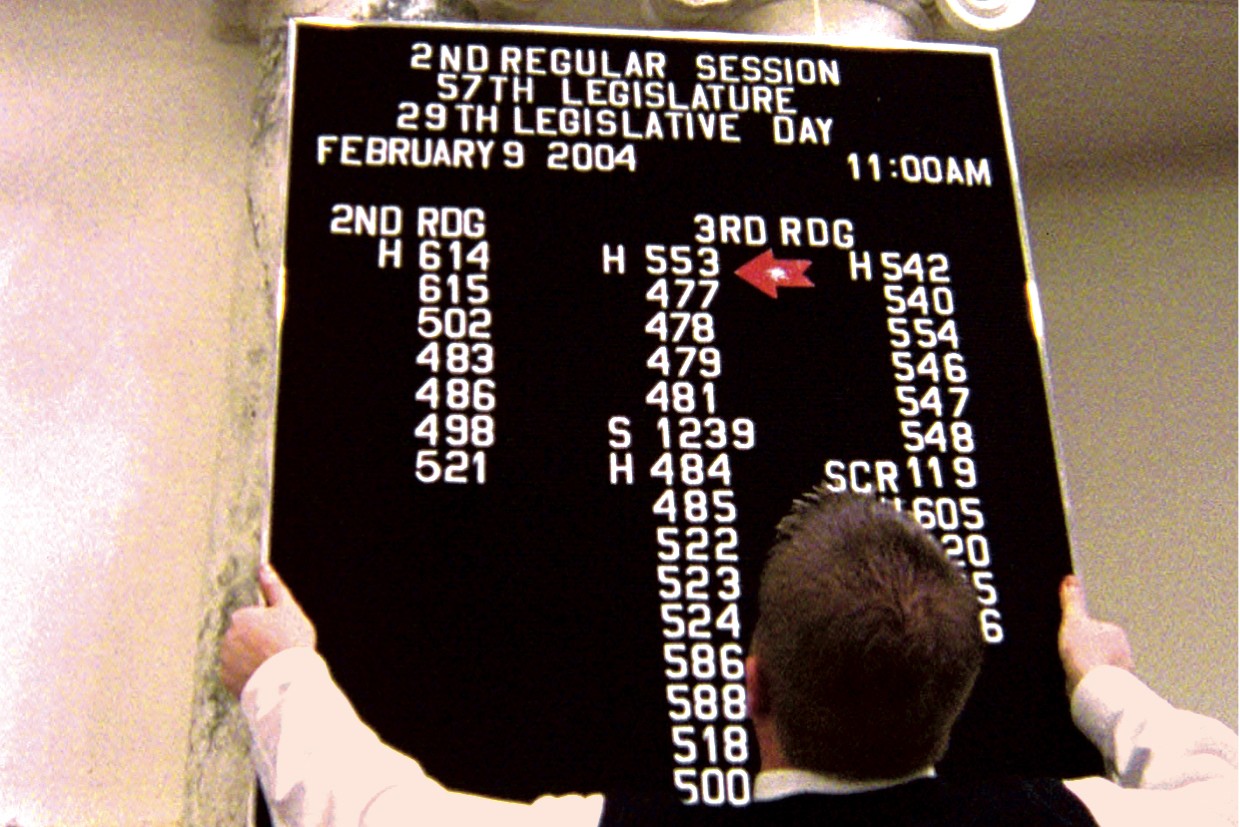 © 2006 IdahoFilm, Inc.
Idaho is in the northwest of the USA. In each of the 35 electoral districts of the Rocky Mountain state, two representatives and one senator are elected. Over a legislative period of two years, these officials have lawmaking and budgeting in their hands, in short, the fate of Idaho. Frederick Wiseman observed them, in committee meetings, in hearings, in informal conversations in the hallways, in meetings with voters and lobbyists of every kind.
Is it possible to film the idea of democracy? What becomes clear through Wiseman's method of observation and montage, without interviews and commentary, is the arduous interpersonal process of democratic decision-making itself. Quite incidentally he shows a distillation of white, Christian America, which for many has lost its attractiveness as a healing exporter of values. Even so, the American society can no more be reduced to catchwords than the term rogue nation would accurately describe a large part of the Islamic world. Wiseman's observational gesture shows that it is worth taking a closer look to understand complex contexts and to allow for contradictions. Questioning one's own prejudices then takes care of itself.
Anna Hoffmann