Panorama 2004
The yes men are the guerrillas of fun on the world wide web; a bunch of fraudsters dedicated to enlightenment. On their website http://gatt.org and elsewhere they parody the world trade organisation WTO. In their bid to make people aware of the wide-ranging problems caused by globalisation, the Yes Men are not averse to formulating phoney press releases and statements in the name of the WTO; their members have also been known to put in appearances at conferences, posing as WTO representatives and promulgating such subversive absurdities as the voluntary dissolution of the World Trade Organisation.
One individual who fell for this particular ruse was Canadian MP John Duncan. During a heated plenary session he asked his government to explain “what effect this would have on our position with regard to timber, agriculture and other issues concerning international trade policies.”
The Yes Men claim to have around three hundred co-conspirators worldwide. This documentary takes a look at the beginnings of their anti-globalisation efforts and recalls some of the group’s most spectacular activities. These include the recommendation that, in order to “solve the problem of starvation in the world”, Third World countries should live off leftover burgers from industrialised nations; or the presentation of a special management leisuresuit which would enable the wearer to administer electric shocks via remote control to tardy workers in Third World countries. 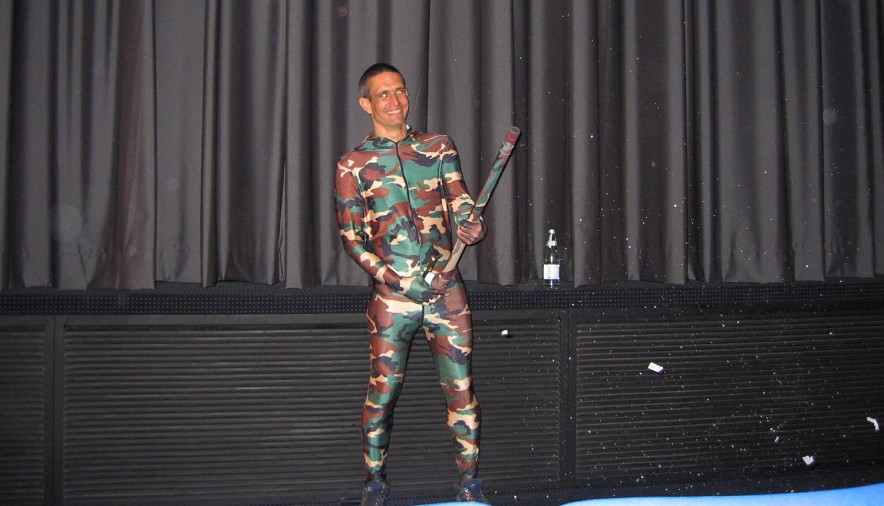