“Stripped to the bone, a film festival is made essentially out of three elements: its program, its organization and its atmosphere. All three are - if I may say so - developped and delivered.” – Moritz de Hadeln in preview of the year 2000 anniversary Berlinale. 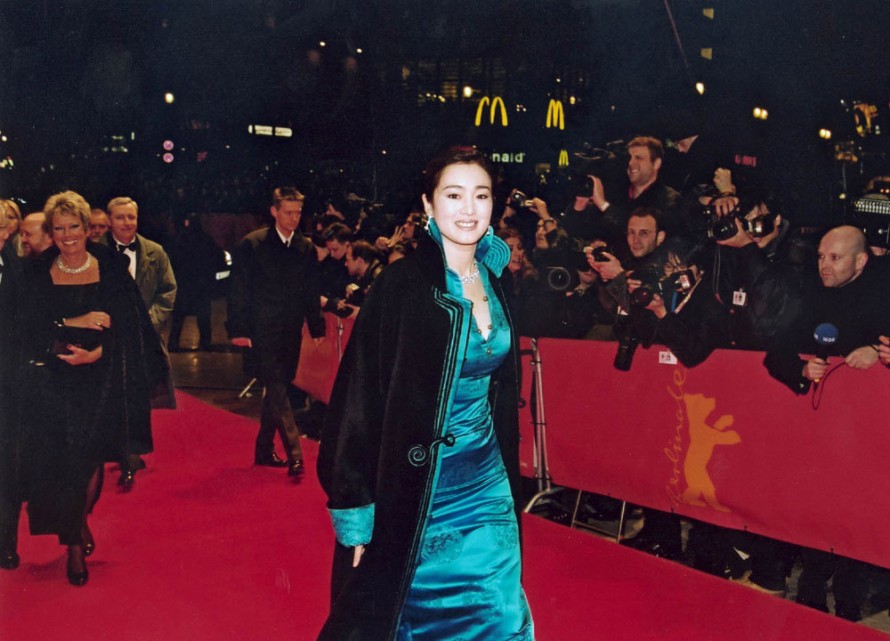 This year two milestones had to be carried at once: the Berlinale's 50th anniversary and the move to Potsdamer Platz. At the beginning of the festival international commentators reviewed the history of Berlinale, some less favourably than others. Just a few days into the festival, the “splendour of the earlier days” was juxtaposed against the bleakness of the new location. Most observers couldn't resist the temptation of coupling his or her unease with the new location with criticism of the films. There was talk of coldness, alienation, utopianism – in both the architecture and the films. “Somehow the out of this world quality of the Competition fit to the new location,” wrote Katja Nicodemus in “taz” which made her sound more consiliant than most of her colleagues, whose prosaic tones were so fantastical, that they almost added up to a favourite impression of the new location

The move had been preceded by a fierce fight over the pros and cons of Potsdamer Platz. The decision to go through with it was followed by three years of preparation. In “50 Years Berlinale” Moritz de Hadeln recalled a conversation with Berlin’s Culture Minister Peter Radunksi. “Neither you nor I can prevent this move from taking place, so lets concentrate on making sure everything goes well,” he was told. As the 50th Berlinale opened in the new Berlinale Palast, the “new” already had a long and strenuous history for Berliner employees, while for most of the guests it was a leap into the unknown. 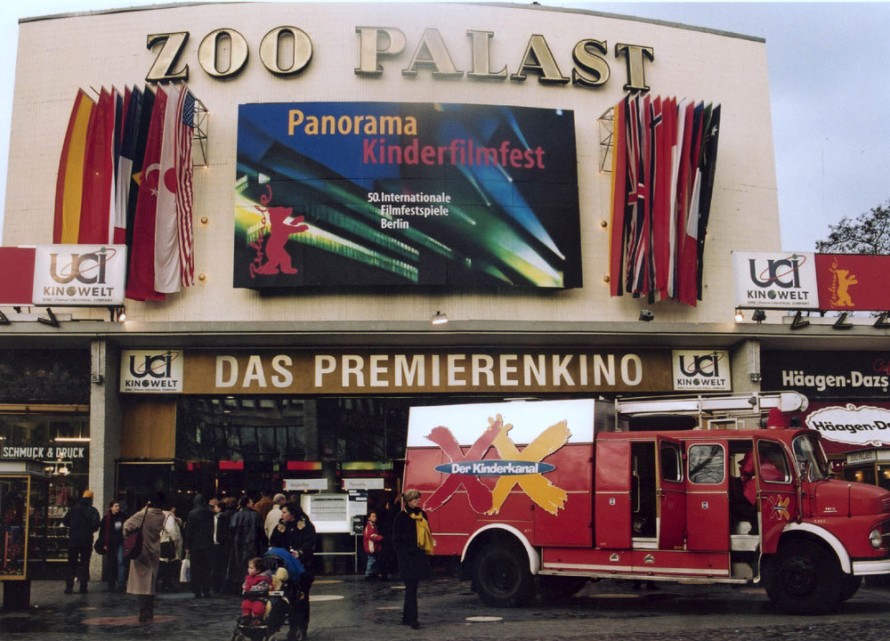 Getting your feet wet - in February?

Though several of the old festival cinemas – such as the Zoo Palast, the Delphi and the Royal – were still in use, the most important venues became the two multiplexes Cinemaxx and Cinestar, which hadn’t been open for long and had to pass a test of fire of their very own. And the Berlinale Palast is in “real life” a musical theatre and had to prove its suitability as a premiere cinema. Besides that, nearly all service facilities of the Berlinale – from the press counter to ticket sales – had moved to various spaces around Potsdamer Platz, which was still new territory for Berlin and Berliners alike – a strange creation that had appeared on the former border between East and West Berlin and had now become the city’s “artificial heart”.

The 50th Berlinale was thus a big change for all. Moritz de Hadeln announced that the 50th Berlinale would be a “magnificent, new festival”. Behind the scenes, though, it had been clear the festival organizers would be happy with a solid year without any scandals or mishaps. 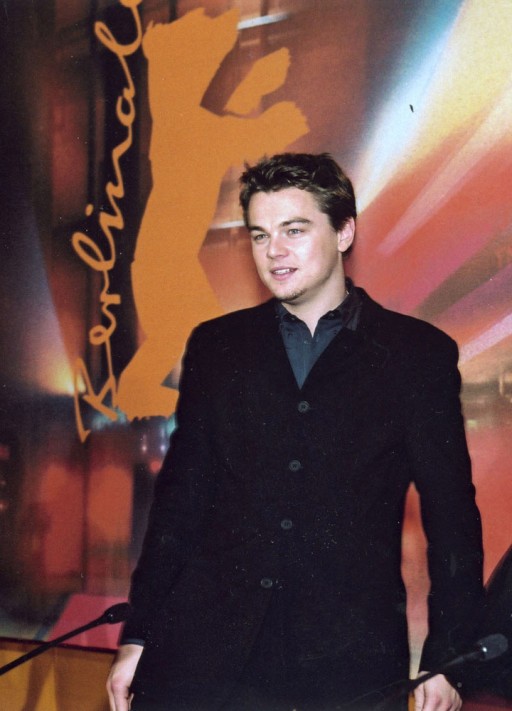 With Danny Boyle's The Beach in the Competition: Leonardo DiCaprio

The architecture of Potsdamer Platz made the 2000 Berlinale a festival of icy winds, but also of short walks between venues. “The nostalgics are in the minority,” said Moritz de Hadeln after the festival. There was considerable relief after moving the huge monolith of a festival and setting it down again without breaking it. In fact the new location already met the requirements of the festival in the opening days: professional guests praised the improved technology and infrastructure and, for many, the move to a less charming, but more functional location such as Potsdamer Platz meant being able to concentrate on what was really important.

The final venue was the Filmhaus, in which the Berlin Film Museum, the Friends of German Cinematheque, the International Forum for New Cinema, the German Film and TV Academy and the Arsenal Cinema came together under a single roof. Here it was especially noticeable that a concentration had not just symbolic value, but also created productive synergies. The new Arsenal was to be the main venue of the Forum. The “nostalgics” took a display sign from the old Arsensal with them from Welserstrasse.

For the anniversary and move, the Berlinale had come up with a more consistent corporate identity with the help of a PR agency. The most visible sign of this was the new logo and a unified look for the posters and publications. Here the core questions were really “who we are and who we want to be in the future,” as Moritz de Hadeln described the brainstorming session. A respectable undertaking for a 50-year-old, one could say, but actually the Berlinale had evolved from year to year. “Friendly but also somewhat chaotic,” had always been the festival’s image, de Hadeln openly admitted. The move had been an opportunity to rethink everything and create a new self-confident basis. Part of this new corporate identity also meant a less disharmonious appearance for various sections and areas. Without wiping away the differences between the Competition, Panorama, Kinderfilmfest, Forum, Retrospective, the New German Films series and the European Film Market, the festival was to be depicted as an organic whole. 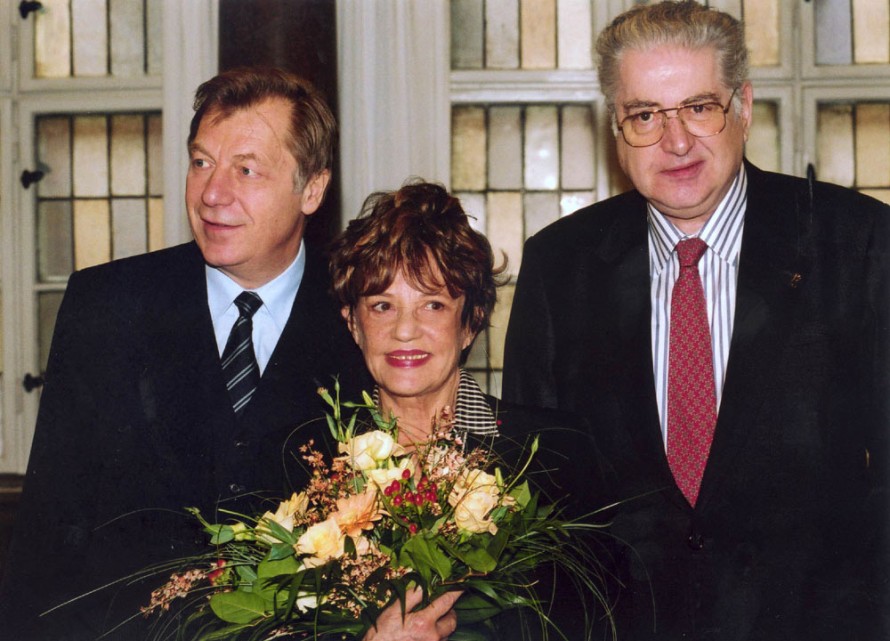 The European Film Market had found a prestigious new location in the debis Atrium. The Kinderfilmfest also profited from the move: the section’s new premiere cinema became the Zoo-Palast with its nearly 1,000 seats, which enthusiastic audiences filled without a problem. “The Kinderfilmfest has found a form for itself, which really fits its character,” commented Monika Osberghaus in the “Frankfurter Allgemeine Zeitung”. The opening film was already a hit with the audience: Tsatsiki, Morsan och Polisen, a Swedish-Norwegian-Danish co-production, which would later be awarded the Crystal Bear of the Children’s Jury and the Grand Prix of the Deutsche Kinderhilfswerk. “I didn’t know one could make such a good film. Even I would never have thought of something like that,” wrote nine-year-old Sarah in all modesty on her “comment sheet”.

French films stand out in the Panorama

In the Panorama, three French comedies stood out: Drôle de Felix | Funny Felix by Jacques Martineau and Olivier Ducastel, Kennedy et Moi | Kennedy and I by Sam Karmann and Nationale 7 | Uneasy Riders by Jean-Pierre Sinapi. Nationale 7 was awarded the Panorama Audience Award, Drôle de Felix received a Teddy for the best gay or lesbian film of the festival.

The gay and lesbian commitment of the section recalled the much noted film series and exhibition in honour of Manfred Salzgeber, who had founded the Panorama and shaped its profile, and had died in 1994. Rob Epstein and Jeffrey Friedmann’s documentary Paragraph 157 reminded audiences of the importance of political struggle not just “lifestyles”.

An expected winner in a middling Competition

The Golden Bear for Paul Thomas Anderson’s Magnolia came as no surprise for most people. At the same time it was taken as an indication of the mediocrity of the Competition programme. The great cast and the strong humanist message of the three-hour epic were the final argument which the jury chaired by Gong Li couldn’t get around, because there were simply no candidates who deserved it more. The European showing was disappointing to many and raised doubts about the selection process. “What was missing in the Competition were films with the class of Almodóvar, Loach, Tarantino or the Dogma school, which could make up for the emptiness of the mainstream with their world view, their concerns, their commitment,” criticized Katja Nicodemus in the “taz” newspaper. 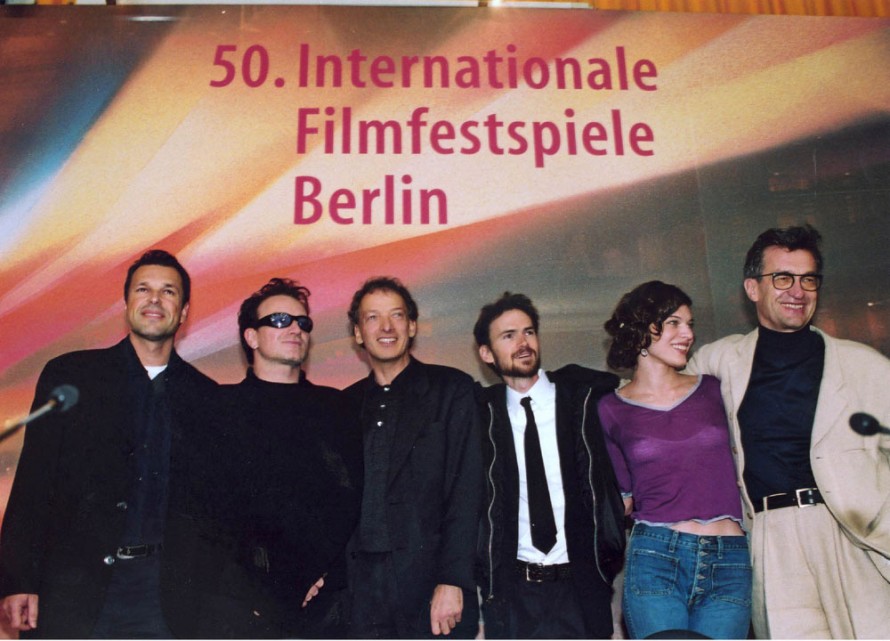 The team of Million Dollar Hotel

The accumulation of prizes for the three German films was well-nigh taken as an embarrassment, because neither Wim Wenders’ Million Dollar Hotel, Volker Schlöndorff’s Die Stille nach dem Schuss | Legend of Rita, nor Rudolf Thome’s Paradiso – Sieben Tage mit Sieben Frauen | Paradiso: Seven Days with Seven Women were really convincing. Again these choices seemed to be due to what was a weak year all round. François Ozon’s Gouttes d’eau sur pierres brulantes | Water Drops On Burning Rocks and Milos Forman’s Andy Kaufmann biopic Man of the Moon belonged to the few films to be received favourably by critics and yet they went home empty-handed. Afterwards, many reviewers were left with a collection of disparate, disconnected images in their heads. Many flirted with the idea that the new location and a constantly growing programme had all been too much.

“The Berlinale now has its venue – the profile is still lacking” ran the headline of the festival wrap-up in the “Bremer Nachrichten”, summing up the general mood amongst festival commentators. Potsdamer Platz had passed the test of fire, but the films had failed to live up to expectations. All the same, the criticism was less harsh than in the previous year. There was recognition of the immense achievement of Moritz de Hadeln and his colleagues in the way they had simultaneously managed to tackle the move and preparations for the festival.