“In order for all the effort and passion devoted to bringing a film to life to have been worthwhile, the moment in which it encounters audiences for the first time, its birthplace, must be chosen very carefully. ... I'll never forget the day Central do Brasil was chosen for Berlin... Nor will I ever forget, naturally, the day the film won the Golden Bear, as well as the best actress Silver Bear for Fernanda Montenegro. But one moment transcends both these events: the day the film encountered the Berlin public for the first time, in the Zoo-Palast.” – Walter Salles recalls the “birth” of his film Central do Brasil in front of a passionate Berlinale audience. 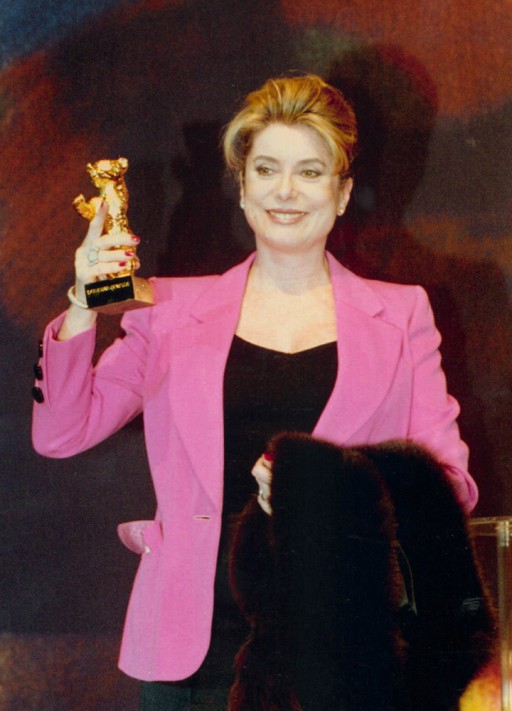 Catherine Deneuve, recipient of the Honorary Golden Bear in 1998

Unlike any Berlinale before it, the year 1998 brought with it the insight that the commodity film was subject to the hustle and bustle of the marketplace as much as any other scarce product which is potentially highly profitable. The more money is involved, the more the decision at which festival to premiere a film becomes, for the producer and distributor, a tactical, even existential challenge. When is came to the European market, the Berlinale along with the Rotterdam film festival had grown to become an additional competitor to the old rivals Cannes and Venice, especially when it came to young filmmakers and more unconventional films.

The festival directors and selection committee had viewed 504 films for the Competition, more than ever before. There were selection trips to 24 cities from Buenos Aires to Tokyo. Efforts had already been made for some films in the spring of the previous year and still the 29 films that finally ran in the Competition, were seen by numerous commentators as “second choice”. Without a doubt, the criticism was unfair, because cinematically speaking this Berlinale was one of the best of the 1990s. So what happened?

In previous year the festival had to stand by and watch how an invitation to the Berlinale would often serve merely as a poker move to get into another festival. When this one would finally confirm, a film would sometimes be withdrawn at the last minute and the Berlinale was left to fend for itself. In this respect the 1998 festival suffered a real losing streak. Clint Eastwood’s Midnight in the Garden of Good and Evil, Martin Scorsese’s Kundun and Peter Howitt's Sliding Doors were just the most well-known examples in the series of tactical bets which ended to the Berlinale’s disadvantage. 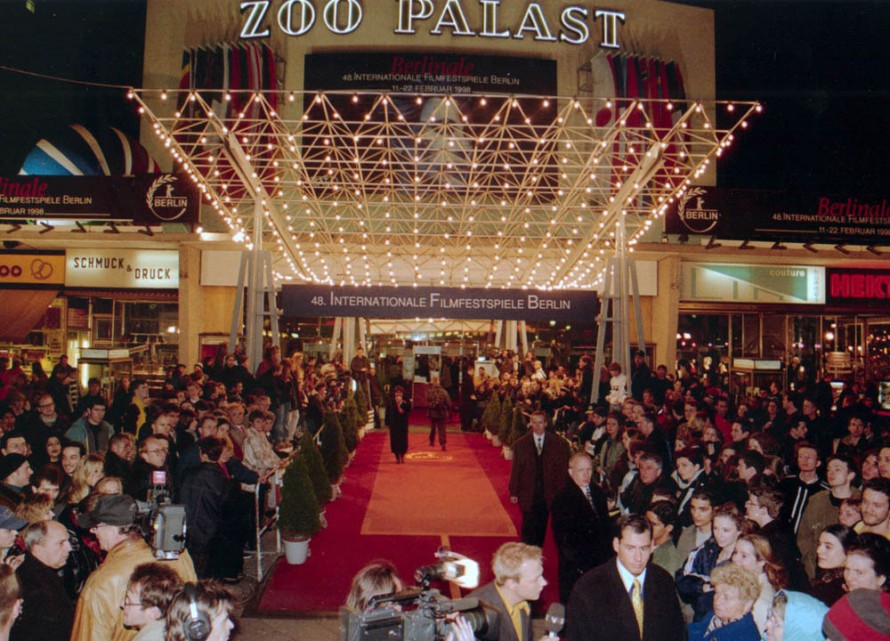 In the case of Eastwood’s and Howitt’s films, short-term changes in the marketing strategies tipped the scales against the Berlinale. In the case of Kundun there has been political problems early on. The Chinese government intervened politically against the film which tackled the repression of the Tibetan people. The Berlinale tried to handle the situation diplomatically, which again led to misunderstandings with Martin Scorsese, who himself then withdrew the film. Moritz de Hadeln failed to change Scorsese’s mind and on top of everything he had to do without two already invited Chinese productions, which had anyhow no longer be approved for the Berlinale.

If this cancellation was at least excusable because a film festival does not have its own core of diplomats, the Berlinale acted unfortunate in the case of Robert Benigni’s La vita è bella | Life is Beautiful. The film had been offered to the Berlinale – but the selection committee was divided in its opinion. The festival waivered, neglected it for too long and then finally had to watch on as the film premiered at Cannes only to become an international success. 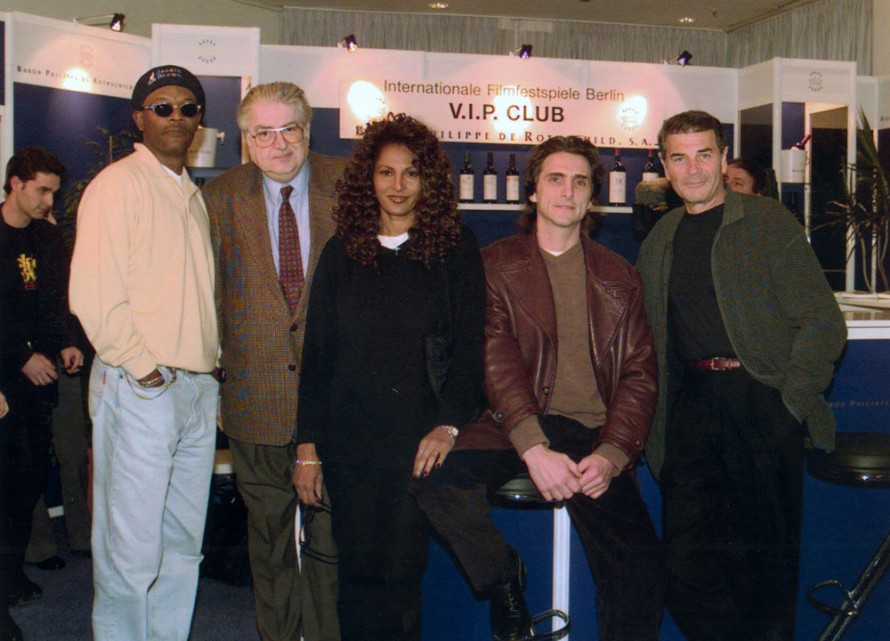 Is the glass half full or half empty?

As the festival got underway, there was more talk about the films and stars that the Berlinale had let “slip through the cracks” than about the films that actually were there and the guests which showed up. With Jim Sheridan’s The Boxer and especially Michael Winterbottom’s I Want You and Neil Jordan’s The Butcher Boy, both featuring strong, memorable youth protagonists set an excellent course for British cinema in the Competition this year. The four French entries were strong and convincing – Alain Resnais’ musical comedy On connaît la chanson | Same Old Song was especially well received. Central do Brasil by Walter Salles was the big hit and surprise winner of the Competition.

American cinema showed one of its best cult sides in the Coen brothers’ The Big Lebowski and Quentin Tarantino’s Jackie Brown. Barry Levinson’s Wag the Dog was a convincing satire and was amusingly poignant in light of Bill Clinton’s Monika-Lewinsky scandal. It was however frustrating that neither Barry Levinson nor a lead actor came to Berlin to represent the film. This was a first for a Competition film and sparked even more malice towards the Berlinale and Moritz de Hadeln.

Against the stream: the Kinderfilmfest

While there were considerable mood shifts between the Berlinale and Hollywood this year, the Kinderfilmfest once again swan against the stream. Usually the audience favoured productions from Northern Europe. This year, though, the excellent American production Mark Lowenthal’s Where the Elephant Sits was awarded the Crystal Bear. Free of exentuation, Where the Elephant Sits depicts miserable conditions in a school in Los Angeles and Renate Zylla showed courage and intuition in deciding to invite the film to the Kinderfilmfest.

Once again it sparked a debate about what a children’s film was exactly and what one could expect a young audience to watch. These discussion wasn’t new and contributed to the profile of the section. “If all teachers were like that, there would be less problems in the world. The film was tough, but honest,” wrote eleven-year-old Lisa Marie on his comment sheet after the premiere. Such a refreshingly honest statement, if one thought about the failed attempts at communication between the “grown ups” – of which there were so many at this year’s Berlinale. 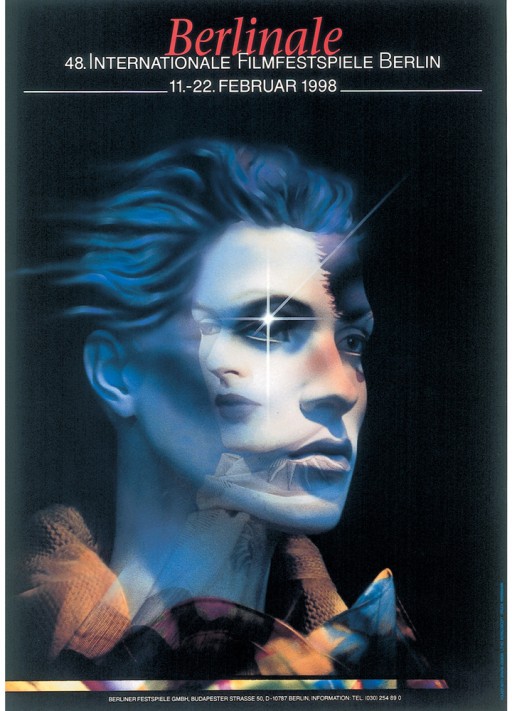 Forum and Panorama as good as they get

Asian cinema was again so well-represented in both the Forum and the Competition, that it formed a thematic focus. Among others, the Taiwanese Competition entry Fang Lang | Sweet Degeneration by Lin Cheng-sheng with the young stars Lee Kang-sheng and Chen Shiang-chyi who would be seen again regularly at the Berlinale. A series of Korean films in the Forum told about life in a country which found itself in the transition to democracy.” These films' source of "autonomy and seismographic intuition,” wrote Peter Körte in the “Frankfurter Rundschau”, was their genuine way to mirror the “gap between Western-style modernisation and regional traditions, not only thematically speaking, but also in their visual and formal language." Once again the Forum showed its ability to make new discoveries.

A focus on Jewish realities in the Forum was complimented by two Israeli films by Assi Dayan and Yossi Somer playing in the Panorama, forming a generational kaleidoscope. What’s more, this year’s Panorama once again became a springboard for several directors that were to become internationally successful and would return as regular Berlinale guests. To these belonged Daniel Burman with his debut Un crisantemo estalla en Cincoesquinas | A Crysanthemum Bursts in Cincoesquinas, Amos Kollek and his lead actress in the moving portrait Sue and Francois Ozon, whose feature film debut Sitcom scored immediate success with both audiences and the critics. The Panorama audience was already accustomed to Alejandro Amenábar Abre Los Ojos | Open Your Eyes, Park Chul-Soo (San bu in gwa | Push! Push!), Ventura Pons (Caricíes | Carresses), and John Greyon with his intelligent and equally funny attempt at deconstruciton Uncut. Together they made this Panorama one of the best, most absorbing in years.