“My most wonderful memory is the Kinderfilmfest of 1996. The audience had been so excited by my film The Forgotten Toys that I nearly burst into tears. Since then I have often returned to Berlin and each time I felt the same warmth and affection. For me, Berlin will always be the festival which expresses real respect and true love for film - in all its forms.” – Director Graham Ralph who won a Crystal Bear for Best Short Film in the Kinderfilmfest and was a jury member in the following year. 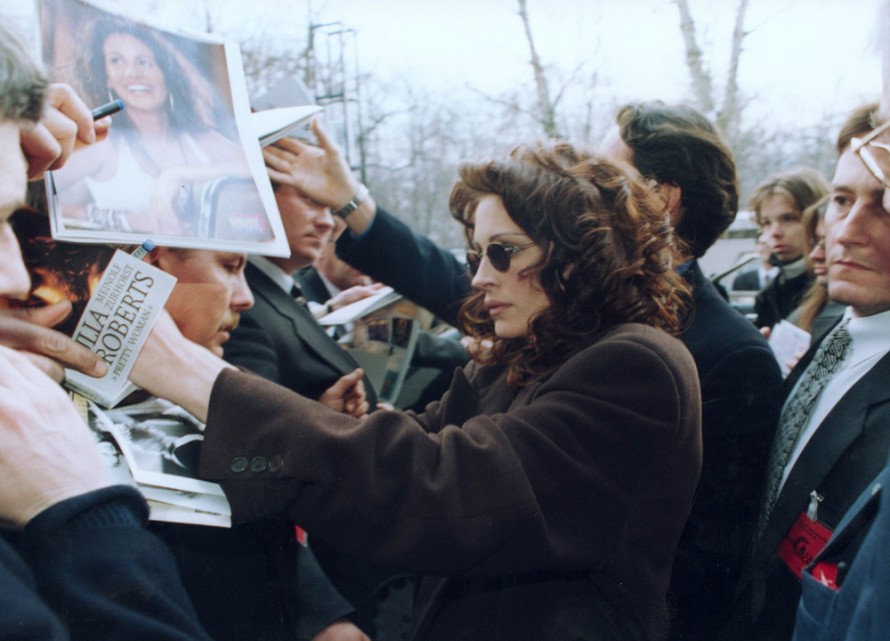 The 1996 Berlinale was a relief. Noone had been really pleased with the previous year. This year there was enough of everything and everyone: stars and newcomers, majestic cinema and personal stories, sparkle and glamour and plenty of material for passionate debate.

Seldom were the media so pleased with the stars that the festival brought to the city and presented in front of the cameras: Emma Thompson, Sally Field, Jodie Foster, Claudia Cardinale, Danny de Vito, Robert Downey Jr., Stephen Frears, Ang Lee, Paul Mazursky and Tim Robbins. John Travolta appeared at the opening ceremony, Julia Roberts sparked commotion wherever she went, and Bruce Willis even performed a concert with his band in the Universal Music Hall.

This year Hollywood provided more than just stars, but contributed a lot to the impression of high quality in the Competition. The festival got off to an extremely promising start with Ang Lee’s Jane Austin adaptation Sense and Sensibility based on a script by lead actress Emma Thompson. Impressive also were Terry Gilliam’s 12 Monkeys and Tim Robbins’ Dead Man Walking which were very well received. “Without building up the plot in a typically 'cinematic' way, but rather following the action and the dialogues in an objective manner using mostly static camera positions, achieves a startling degree of intensity,” wrote Han-Dieter Seidel in the “Frankfurter Allgemeine Zeitung” about Dead Man Walking. Here was American cinema that displayed daring and maturity and a capability for self-criticism, something which many European critics had prematurely claimed Hollywood was incapable of.

In view of the permanent criticism of “too much Hollywood” at the Berlinale, it is always surprising that it is precisely those years where there is a strong Hollywood presence which receive the most praise from the critics. Harald Martenstein of the “Tagesspiegel” who had always sharply attacked the Berlinale and especially Moritz de Hadeln, offered conciliatory tones and said that a shift was taking place in terms of content. There were strong films from Korea, Taiwan and Australia and with a Un été à la Goulette | A Summer in La Goulette by Férid Boughedir came lasting images from North Africa. But who knows how this year would have been received had European film not performed strongly next to its “rivals” from Hollywood. 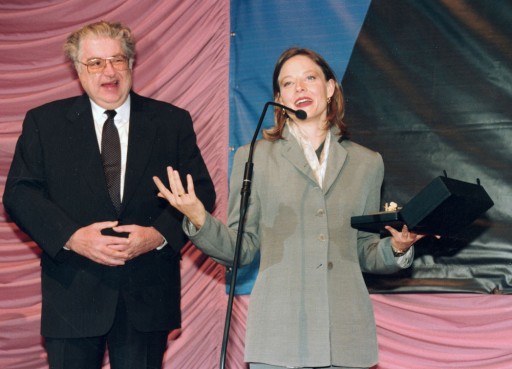 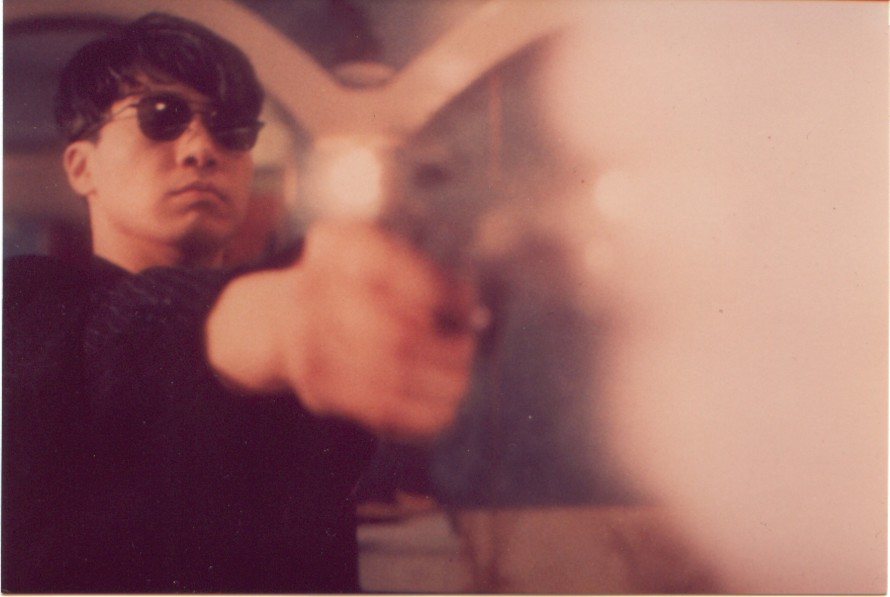 It takes a lot to make a good Berlinale and this year it all came together. The Kinderfilmfest, with 14 features and 15 shorts from 19 countries, offered a very diverse programme. It also ran Chris Bould’s My Friend Joe, which became a hit much talked about far beyond the confines of the section.

John Dahl’s science fiction thriller Unforgettable and Karl Francis’ psychological portrait Streetlife were among the films which stuck out the most in the Panorama. Then there were Alejandro Amenábar’s Tesis, Isabel Coixet’s Things I never told you, Park Chul-Soos 301 – 302 and Greta Schiller’s Paris was a woman, films which showed an ambition to present international talents to a broad audience. If the sections this year didn’t receive the attention they deserved, it was more a fault of the press than of the programmers. Sometimes a strong Competition leads to a drop in attention of the Panorama.

The same was true for the Forum, in which two later indie cult films premiered: Todd Solondz’ Welcome to the Doll House and Wong Kar-Wai’s Duoluo Tianshi | Fallen Angels. A showcase of the largely unknown films of Burma, opened by Our Burmese Days, Lindsey Merrison’s very personal portrait of her Anglo-Burmese mother. 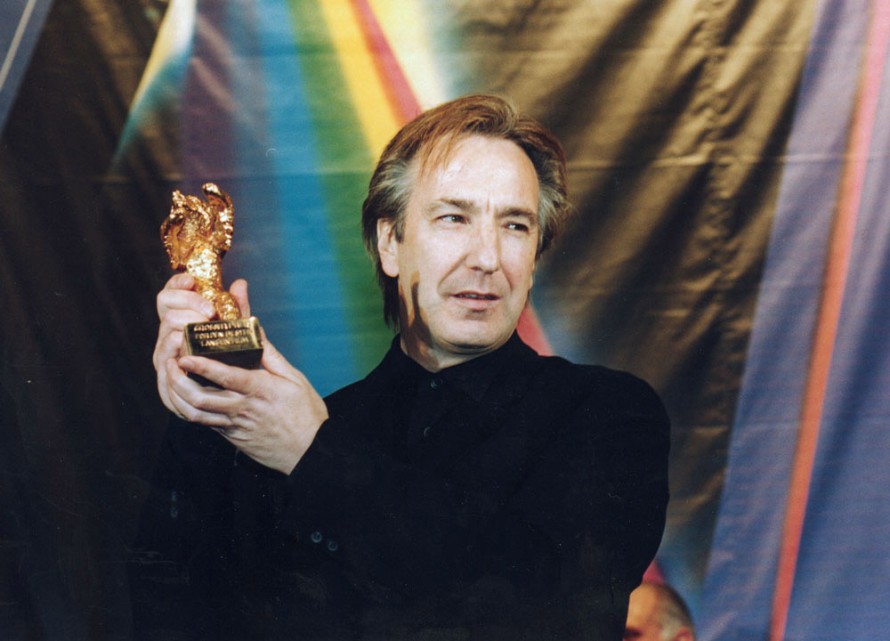 Alan Rickmann with the Golden Bear for Sense And Sensibility

Following the 1996 Berlinale, the suggestion to move the festival to Potsdamer Platz arose for the first time. Berlin’s mayor Eberhard Diepgen had put the idea on the table. It came as a surprise, since at first nobody could really imagine how the entire festival infrastructure could be belatedly integrated into the already far progressed construction plans for the new city centre. The background of initiative was the efforts of both investors and landlords, debis and Sony, to add value to their property with a large-scale cultural event.

The prospect of a compact, central festival location was tempting. The lack of a fixed place, a real “Festival Centre” had been a problem for the Berlinale since its foundation. It lacked the money to build its own centre, but the temporary renting of spaces was also expensive and subject market fluctuations. Across Berlin, more and more responsibility was being shifted from the public sector to private investors. The prospects for a joint venture between investors and culture was not only timely, it also opened up new possibilities for the festival in a time of waning public funding.

Still, Ulrich Gregor and Moritz de Hadeln first reacted with restraint. The festival had only just found a new, central location for press and service facilities in the Hotel Intercontinental. Along Budapester Straße a “festival mile” came into being, in the words of Harald Martenstein writing in the “Tagesspiegel”. It was a relatively compact stretch of the inner city between the Zoo-Palast cinema the Hotel Intercontinental, where one could become a Berlinale flaneur, weather permitting. “Marble floors! A champagne bar! Modern toilets! Berlin makes an effort,” rejoiced Martenstein over the Interconti. And this should all be given up for disdainful steel and glass on Potsdamer Platz? The organisers were reserved. But the proposal was on the table, the bait had been set.