“You could say that Berlin became my second native city.” – Aleksandr Askoldov, whose film Komissar | The Commissar was awarded the Special Jury prize, remembering the 1988 Berlinale. 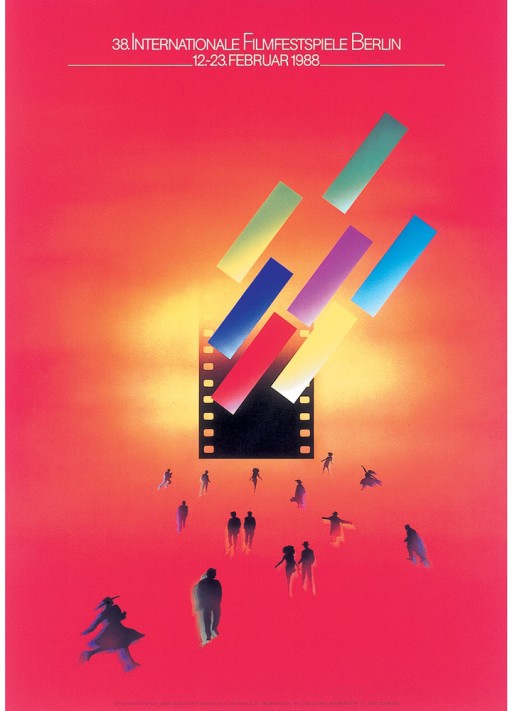 The poster of the 38th Berlinale

In the wake of Gorbachev’s glasnost policies, the 1988 Berlinale confirmed the festival’s predestined role as a forum for new Soviet films. Aleksandr Askoldov’s Komissar | The Commissar was exemplary for numerous Eastern European films. The film tells the story of a disillusioned commissar who finds shelter with a Jewish family during the turmoil of war and revolution in the 1920s. Made in 1967, Komissar had been banned under the accusation of “slandering the revolution” and being “Zionist propaganda”. It did not premiere until July 1987 at the Moscow film festival. Its release for the Berlinale was considered a further indication of the changes in Soviet cultural policy. Aleksandr Askoldov later remembered the 1988 Berlinale as “probably the most important event of my life”.

And there were other harbingers of change: Up until very recently it would have been unthinkable for films like the Polish Competition entry Matka Królów | Mother of Kings by Janusz Zaorski, the Soviet documentary Bol'se sveta! by Marina Babak or Heiner Carow’s Die Russen kommen | The Russians Are Coming (made in 1968) to be released for a Western audience. Lothar Warneke’s Einer trage des anderen Last, an East German Competition entry that critically addressed the contradictions and founding myths of East Germany, also belongs in this list.

The Berlinale a "Cape Canaveral for the US Majors"?

There was criticism this year of the growing presence of American mega-productions in the Competition. Wolfram Schütte in the "Frankfurter Rundschau" accused Mortiz de Hadeln of turning the Berlinale into a “Cape Canaveral where the US majors can launch their spring rockets”. Indeed, eight American productions this year was a high number. Among these were Steven Spielberg’s Empire of the Sun, Woody Allen’s September, Martin Ritt’s Nuts with Barbara Streisand, and Norman Jewison’s Moonstruck with Cher and Nicholas Cage – films that were scheduled to open at theatres immediately after the festival anyway. Next to the Eastern European entries or films like Birkin Double Jeu Varda I & II | Jane B. for Agnes V., Agnès Varda’s double declaration of love to Jane Birkin, the Hollywood productions did seem rather commercial and made the often evoked “mediating function” of the Berlinale appear to some as a mere euphemism for Hollywood’s export interests. 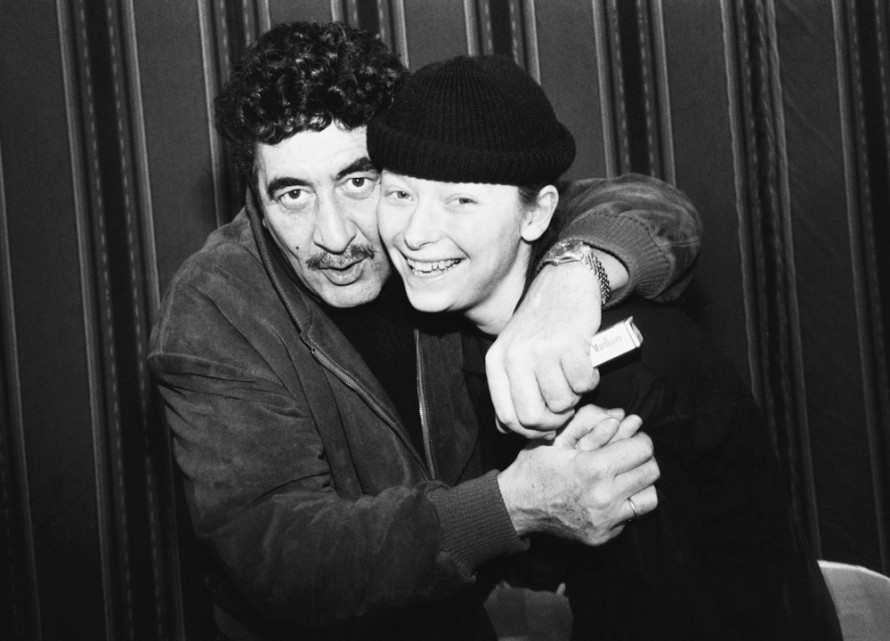 Together in the International Jury: Daniel Schmid and Tilda Swinton

The programme, whose size critics were increasingly referring to as “gigantomanic”, also had other themes of course, such as the Asian focus spanning the various sections. The Competition film Zhang Yimou’s Hong Gaoliang | Red Sorghum, a bloody and ruthless ballad from 1930s China, was the first Chinese entry to win the Golden Bear. The jury’s decision not only honoured the outstanding cinematographic quality of the film, but was also meant as a declaration of solidarity with the liberal forces in China. A quite courageous decision at the time – the Tianmen Square massacre was still to come.

The Forum this year presented new Asian cinema in all its variety. Films from Korea, China, Hong Kong, the Philippines and Vietnam were shown, reflecting a thematic interest that was already a tradition in this section and would shape it even more strongly in the future. One of the outstanding entries was the opening film Pabo Sunon by Korean director Lee Chang-Ho. This “experimental, cinematographic fury” as Wolfgang Jacobsen called it, was the most anarchic film in a long time and once again emphasized the Forum’s progressive orientation. Another film in the 1988 Forum was Atom Egoyan’s Family Viewing. Like Askoldov, Egoyan thought of the Berlinale as a crucial experience; he too was especially enthused by the audiences: “I am grateful to the Forum for cultivating such a discriminating, inquisitive and progressive audience”, he later wrote in a letter to the festival.

To be seen in Panorama in 1988: Heiner Carow's Die Russen kommen

Rivalry between Panorama and Forum

Internally, there were complaints about the lacking differentiation between the Forum and the Panorama. Under Manfred Salzgeber, the Panorama had acquired a dazzling profile – and had gone poaching in the Forum’s traditional “preserves” in the process. A Retrospective on new Australian cinema, an extensive programme of documentaries from the Baltic states, a “Video” pilot series, films like Godard’s Soigne ta droite | Keep Up Your Right, Frederick Wiseman’s Missile and John Water’s Hairspray all would have just as well fit into the Forum. Following the festival, the advisory board cautioned the Panorama to be “more modest” in its programming – a somewhat unfortunate formulation, which disregarded the fact that the sections needed to define their image rather than be modest about it.