"It has been rather seldom that I have been to a festival where I felt that there was a genuine understanding of what my work individually stood for. ... The screening of The Journey at the Forum in February 1987 was the single most important professional experience that has occured to the film in its career thus far, and it has been our profound regret that we have not been able to find similar experiences in the years that have followed - another indication of the uniqueness of your festival." – Peter Watkins in a letter to the Forum. 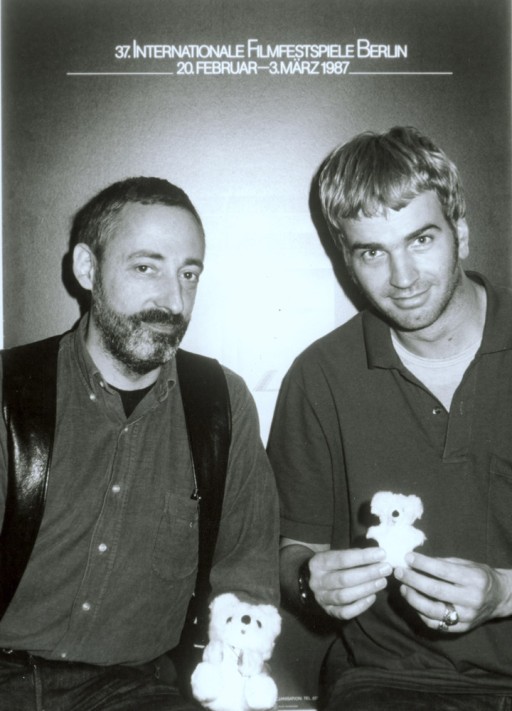 Manfred Salzgeber and Wieland Speck. 1987 marked the debut of the gay-lesbian "Teddy Award"

"Glasnost" and "Perestojka": The vaults are opened

The 1987 Berlinale was shaped by political changes in the Soviet Union. Mikhail Gorbachev’s policies had led to widespread democratisation and an easing of East-West tensions. “Glasnost” and “perestroika” – transparency and reform – were the dominating political concepts of the time.

There had been pioneering personnel changes within the Soviet film industry: The reformer Aleksandr Kamshalov had been appointed as chair of the state film committee “Goskino”, and the Association of Filmmakers was now presided over by the director Elem Klimov, whose films for a long time had been banned from export. His film Proshchanie s Matyoroy | Farewell to Matyora had not been released for screening at the Berlinale in 1984 and was now shown out of competition. The censorship bureau’s vaults were opened and a Russian viewing committee worked its way through suppressed masterworks by Elem Klimov, Gleb Panfilov, Aleksandr Sokurov, Kira Muratova, Sergei Parajanov and many others. For the first time, the Soviet public was allowed to see the wonderful films of their compatriots, discriminated works were rehabilitated, and some directors, like Andrei Tarkovsky, were posthumously honoured. 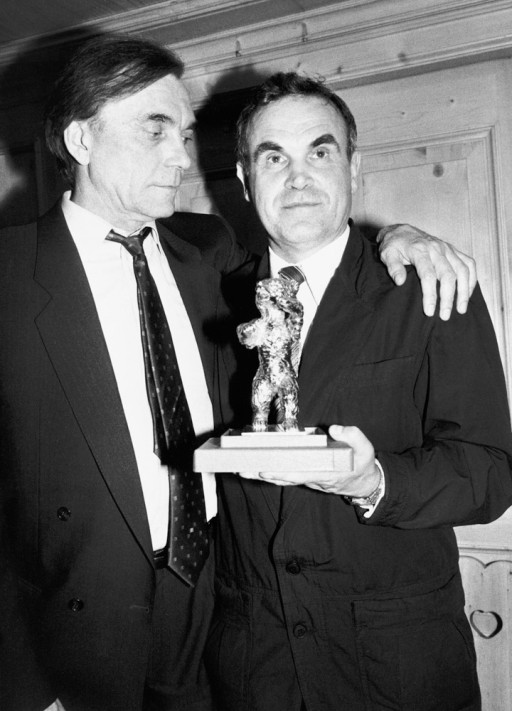 The Berlinale was the first international forum for these films. In 1987, all sections of the festival showed Soviet films that had been forbidden or kept secret in the past. The Competition showed Gleb Panfilov’s Tema | The Theme and Aleksandr Sokurov’s Skorbnoye beschuvstviye | Mournful Unconcern after Bernhard Shaw’s “Heartbreak House”. The International Jury awarded Tema with the Golden Bear and Sokurov’s film caused a sensation with its stylistic daring and its eccentric yet controlled imagery.

“A new Soviet cinema made its appearance at the Berlinale, a cinema of a creativity we in the West had only barely been able to guess at. Their mania for stories and images also had something troubling about it – probably to them as well as to us”, Wolfgang Jacobsen remembers in 50 Jahre Berlinale. This year’s Berlinale was referred to as the “Reykjavik of Cinema”, alluding to the handshake between Reagan and Gorbatchev in the Icelandic capital. Berlin too hosted a handshake: between Elem Klimov and Jack Valenti, the president of the Motion Picture Association of America. Both were honoured with a Berlinale Camera for their willingness to approach each other.

The Kinderfilmfest also showed the fruits of perestroika. The Berlinale delegate for Eastern European film, Hans Joachim Schlegel, had a first-class recommendation for the Kinderfilmfest up his sleeve: Igry dlya detey shkolnogo vozrasta | Well, Come On, Smile. The film belonged to the key contemporary Soviet productions for children and youth and received the Berlinale UNICEF prize. “What tends to be forgotten in today’s analyses of film history” Schlegel commented later, “is the fact that an essential impetus for the unvarnished portrayal of the problems in Soviet society […] came from children’s and youth films.” 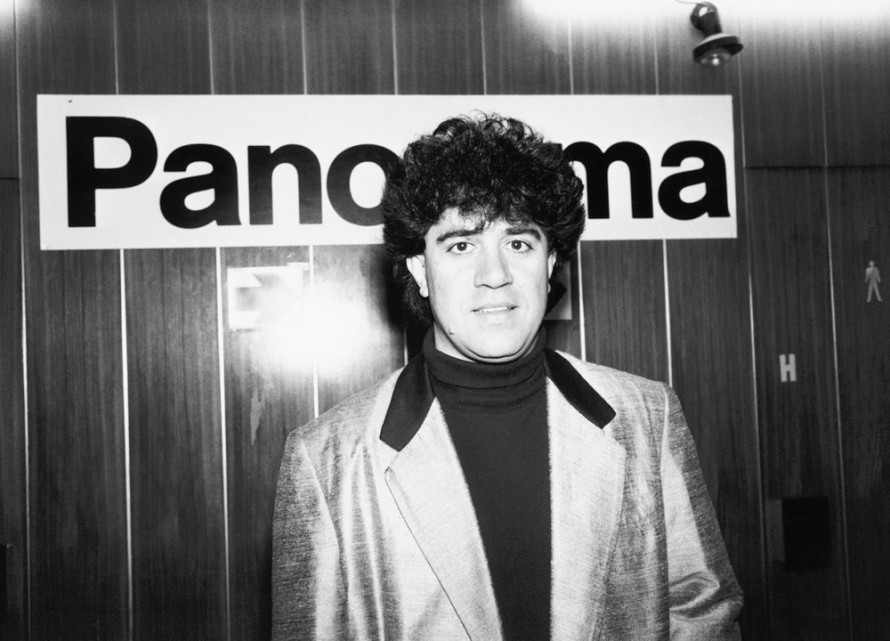 The Nuclear Age casts its shadow

Films by the Georgian directors Aghasi Ayvazyan and Sergei Parajanov ran in the Forum, while the Panorama focused primarily on documentaries seeking out the “truth” of “really existing socialism”. Rolan Sergeyenko’s documentary Kolokol Chernobylya had been eagerly awaited but arrived at the festival late and was shown in a sold-out special screening. The reactor meltdown in Chernobyl had been one of the most dramatic events of the decade, giving the discussion about the nuclear threat a new quality and urgency.

While there was still a conflict in Sergeyenko’s film between the unambiguous images and the conciliating commentary, Peter Watkin’s The Journey was an attempt to give words to the uneasiness and fear. His film journey lasts over fourteen hours, spanning five continents, twelve countries and eight languages, and produces no less than a description of the condition of the world in an age of global nuclear threat. “Watkins not only conducts an information-overloaded global dialogue on the insanity of the real prospect of war, but also shows that he considers the creation of the film itself as a journey of agitation, as a tool for debate”, Michael Kötz wrote in the Deutsches Allgemeines Sonntagsblatt. The measure for Watkin’s future work would also be the real – and the real was increasingly total.

From this point forward, “a film that opens up new perspectives in film art” was to be honoured every year at the Berlinale, with Mauvais sang by Léos Carax being the first winner. October 1986 had seen the death of long-time festival director Alfred Bauer, a man who had helped to set up the Berlinale and establish it as one of the world’s most important festivals, and the newly inaugurated prize was given his name. Awarded intermittently until 1996 and then on an annual basis, it was renamed the Silver Bear Alfred Bauer Prize in 2013. In 2020, revelations about Alfred Bauer’s activities during the Nazi regime before 1945 led to the cessation of the award in his name which was replaced by the Silver Bear – 70th Berlinale in that year and became the Silver Bear Jury Prize from 2021 onwards.