"People may be the legal owners of copyrights, but it is the entire world which truly owns the music of Beethoven, the paintings of El Greco, the writings of Goethe, as well as the films of Chaplin, Griffith, Murnau, Pabst and so many other film-makers.” – Director and producer Fred Zinnemann. A Retrospective was devoted to him in 1986 and he was awarded a Berlinale Camera, given for the first time this year. 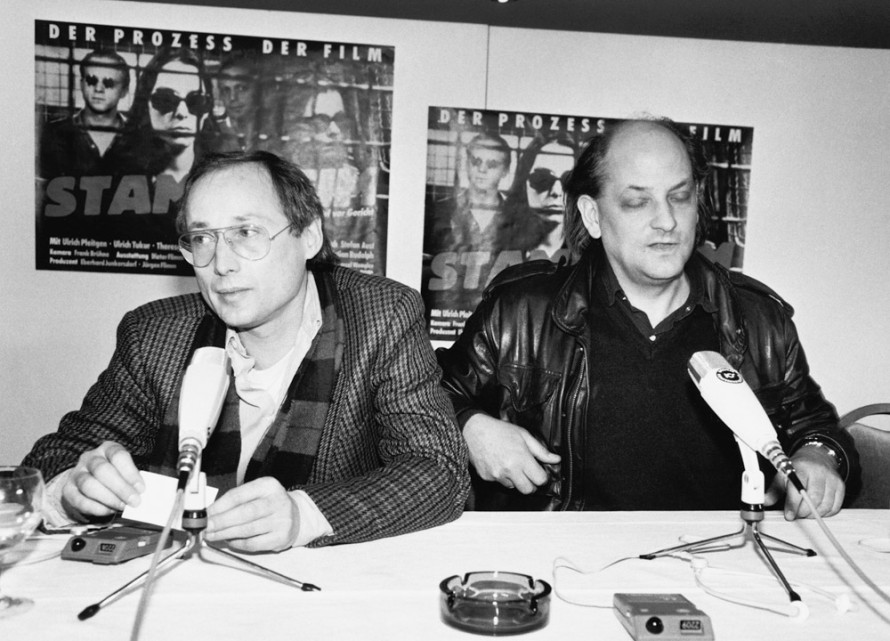 The writer and the director of Stammheim: Stefan Aust and Reinhard Hauff at the Press Conference.

"The Best in Years!"

Wolfram Schütte in the "Frankfurter Rundschau" described the 36th Berlinale as “one of the best in recent years”. But he also reminded his readers of the ever sharper contrast between what the “privileged” Berlinale audience was able to see during the festival and what ended up in the cinemas or on TV. The “provinces” should be understood “not only as a place, but also as a time: the movie theatre everyday outside of major cities”. Small cinemas were starting to go out of business – the increasing commercialisation in the industry was bearing its bitter fruit.

Leading up to the festival there had been intense debates surrounding the West German Competition entries Heilt Hitler! ("Cure Hitler") by Herbert Achternbusch and Stammheim by Reinhard Hauff – again because of “concerned questions” from the Ministry of the Interior. Moritz de Hadeln gave a more lengthy response this time, referring to the “artistic mandate [he had] been given by the Film Festival”, to which he could not do justice, “if [he] began restricting [his] assessment of art based on considerations of appropriateness and necessity”. 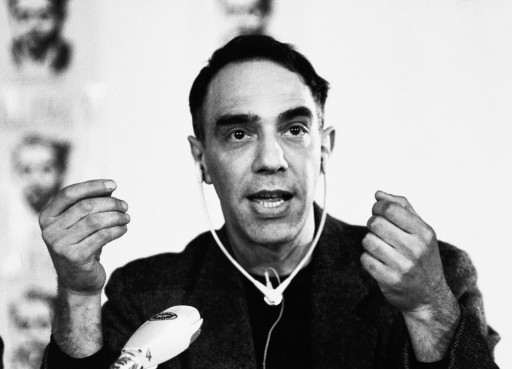 Federico Fellini’s Ginger e Fred | Ginger and Fred opened a remarkably diverse Competition, which also included Gilsodom by Im Kwon-Taek, Caravaggio by Derek Jarman, Anne Trister by Léa Pool and La Messa é Finita | The Mass Is Ended by Nanni Moretti, which Jury President Gina Lollobrigida would have liked to have awarded with the Golden Bear. There was an uproar surrounding the Golden Bear, in fact: After a stalemate in the jury, a single vote tipped the scale for Stammheim. Gina Lollobrigida subsequently went public with her claim that the decision had been “prefabricated”. The vis

"I was against this film."

ibly annoyed Jury President did not suppress her disapproval of the majority decision during the awards ceremony at the Zoo Palast: “I was against this film”. 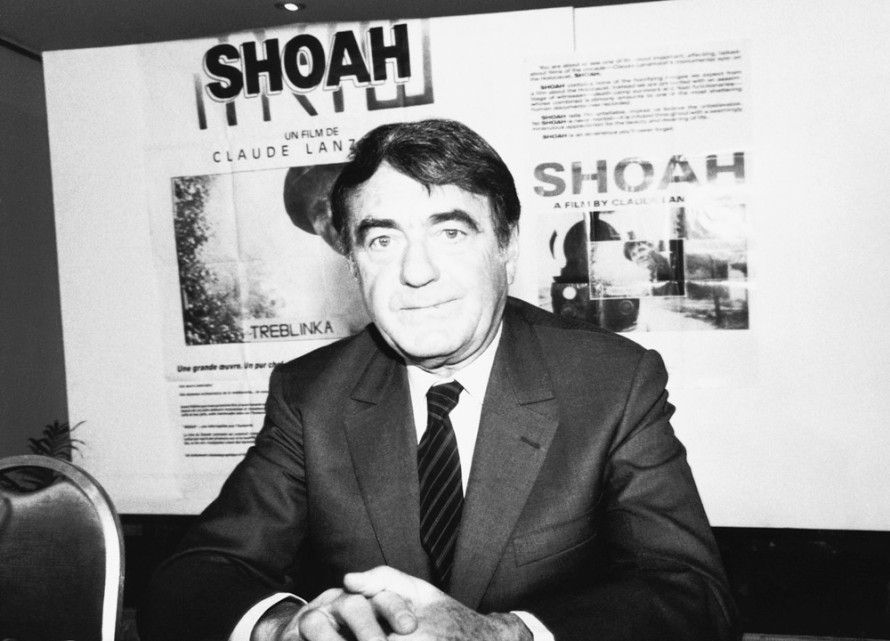 German history was also present in the Forum: The most important and outstanding of this year’s Forum films was Claude Lanzmann’s nine-hour documentary Shoah on the Nazi’s machinery of murder and the genocide of the European Jews. Screenings were followed by discussions with the director. There were other films in the programme engaging with the history of German national socialism: Partisans of Vilna by Josh Waletzky about the Jewish youths who organized the resistance in the Vilna ghetto; We were so beloved, a documentary about Jewish immigrants from Nazi Germany in New York; and two documentaries by Lea Rosh, Ein Naziprozess and Vernichtung durch Arbeit.

Another focus of the Forum was on new Argentinean cinema. These films dealt with the difficulties of reviving democratic traditions after years of a brutal military regime and endeavours to bring the former rulers to justice for their crimes. 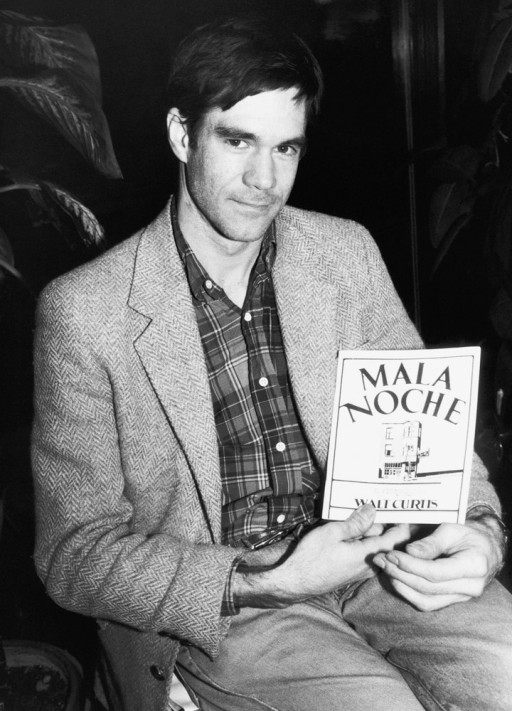 The Info-Schau led by Manfred Salzgeber had a new name this year: Panorama. The section maintained the structure and orientation Salzgeber had built up in previous years, presenting a programme of innovative, mostly independently produced films. His short film and documentary series prepared the way for the programmatic structure that still characterises the Panorama today. Encouraged by the success of the Mediterranean and Baltic Sea Panoramas of the previous years, a Black Sea Panorama now showed films from Romania, the Soviet Union, Turkey and three films from Bulgaria alone. Bulgaria was remarkably present this year with Eduard Eduard Sachariev’s Skapa moya, skapi moy | My Darling, My Darling in the Competition as well.

1986 saw a turnover at the head of the Kinderfilmfest, as Gaby Sikorski had decided to go work for UNICEF. She bequeathed her successors Renate Zylla and Manfred Hobsch a healthy, lively festival with a steadily growing audience. The most significant innovation this year was the Kinderjury. After frequent suggestions to this effect in the past, there was now a prize awarded by the actual target audience of the section along with those given out by UNICEF and the CIFEJ (Centre International du Film pour l’Enfance et la Jeunesse).

Children get to have their say in the Kinderfilmfest

Back in 1981, Gaby Sikorski had introduced questionnaires at the Kinderfilmfest, allowing audience members to record their opinions about the films. Many took advantage of this option and the filmmakers valued the spontaneous feedback; but the idea of using the questionnaires to find potential jury members was not hit upon until much later. 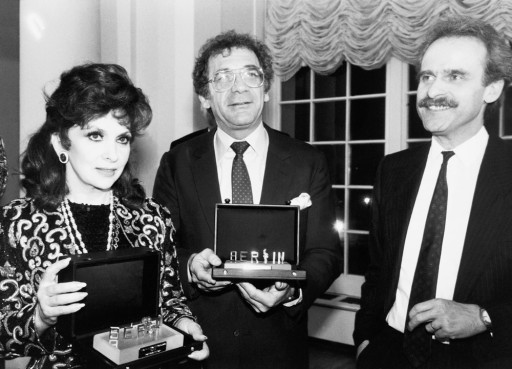 The Berlinale Camera was also new. This award is used to thank a film personality to whom the film festival feels especially attached. The first recipients of this show of gratitude were Fred Zinnemann, who was also the subject of a Retrospective, Gina Lollobrigida, Giulietta Masina, and Sydney Pollack, whose Out of Africa was shown out of Competition.