“Independently of how we view the content and aesthetics of the film, we see it as challenging us to a debate – a debate an international festival like ours cannot afford to forego.” – The selection committee on the film The Deer Hunter, which caused the socialist states to withdraw from the festival 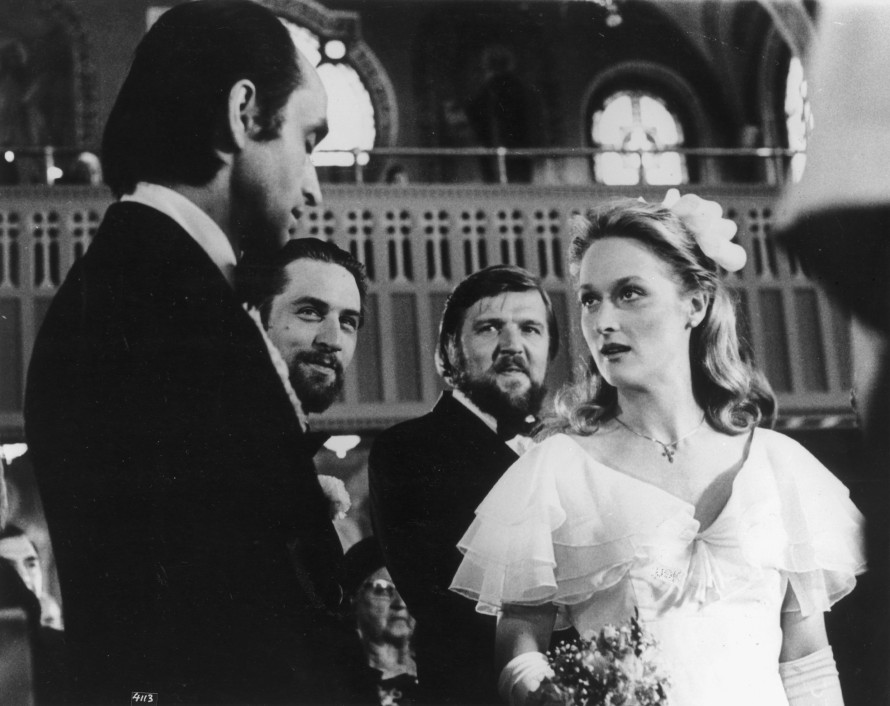 The 1979 festival was the last under Wolf Donner’s leadership – and probably his most difficult. Early on there were protests from the Soviets about the American film The Deer Hunter, a cynical and brutal Vietnam War drama by Michael Cimino, which in the eyes of its critics insulted the Vietnamese people in numerous scenes. The socialist states felt obliged to voice their solidarity with the “heroic people of Vietnam”. They protested against the screening of the film and insisted that it violated the statutes of the festival, since it in no way contributed to the “improvement of mutual understanding between the peoples of the world”. Some Western voices also accused The Deer Hunter of – at least latent – racism. But there were also positive reviews: Hans C. Blumenberg in Die Zeit praised the “apolitical” and therefore authentic perspective of the film, which he described as “dark and magnificent”.

The selection committee, against which the criticism was directed, made it clear in a public statement that they refused to tolerate any interference whatsoever in the planning of the programme. “Independently of how we view the content and aesthetics of the film, we see it as challenging us to a debate – a debate an international festival like ours cannot afford to forego.” This was an expression of faith in the audience and in the enlightening power of the medium of film, and continued to be the line of argument the festival used in conflicts later on. Wolf Donner also defended the decision to show the film: “The Berlinale is free and tolerant enough to engage with controversial topics.” It was with good reason, he said, that the statutes precluded the possibility of censure.

The socialist countries responded by withdrawing their films and delegates from the festival. A severe blow for the Berlinale, but not unexpected, since the Soviet delegation had made their position clear early on. It was a matter of principle; for one side it came at a high price, for the other it was a burden. The delegation of “Third World” participants also supported the protest against The Deer Hunter, expressed their understanding for the decision to boycott, but did not withdraw their films. There was someone else who left early: Michael Cimino, who did not feel sufficiently supported by the festival leadership. He insisted that his film had no political tendencies, and his producer Michael Williams-Jones years later would recall that even he thought he would never return to this “claustrophobic, narrow city”. He later changed his mind, not wanting to give up the chance to dance on the rubble of the iron curtain that had given him such a hard time. 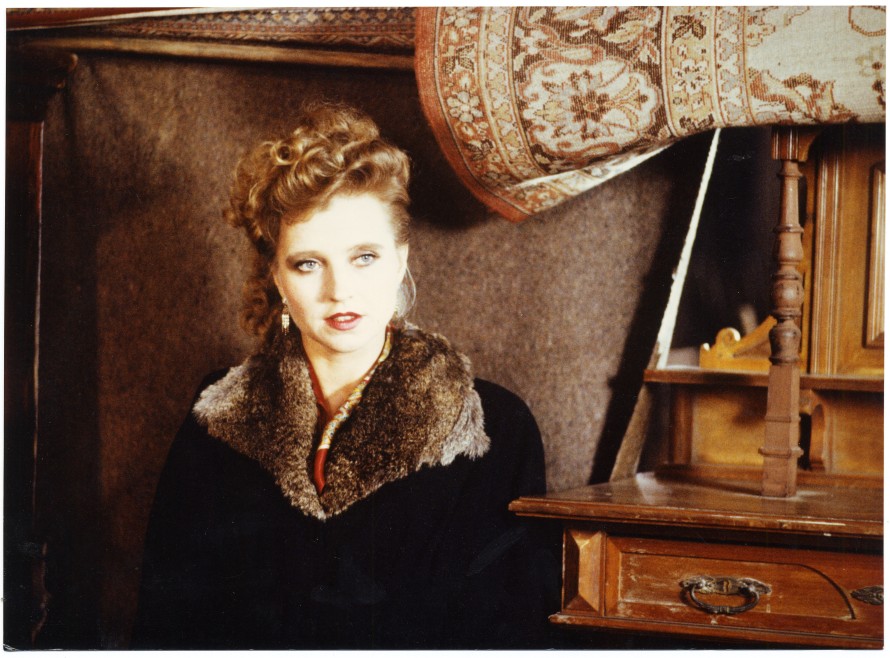 Unlike in 1970 and the scandal over Michael Verhoeven’s o.k. (also a “Vietnam War film”), the festival this time was able to continue. Later there would be talk of a festival of quiet films. The Golden Bear for Peter Lilienthal’s David was regarded as a silent commentary on The Deer Hunter: Here was gentle humanism instead of cynical pessimism. The Forum presented new Spanish cinema and there were also new films from India, independent productions far from commercial Bollywood. Three films by Mrinal Sen alone were screened, with a further one in the Competition. Fassbinder’s Die Ehe der Maria Braun | The Marriage of Maria Braun belonged to the Competition highlights and earned Hanna Schygulla, along with “the entire team”, Silver Bears. Jeanne Moreau’s sophomore directorial effort L’Adolescente | An Adolescent Girl, Youssef Chahine’s Iskanderija... lih? | Alexandria... Why? as well as two films by Paul Schrader, Blue Collar and Hardcore, were further titles in a Competition that was strong despite the drain from socialist departure.

The boycott hit the Kinderfilmfest especially hard, where seven withdrawn films amounted to almost half of the programme. Among those remaining, Wolfgang Becker’s Vorstadtkrokodile was most positively received. Where this film was praised for its relaxed treatment of handicap and exclusion, the overeager pedagogical supporting programme of the Kinderfilmfest was criticized in the media. The Kinderfilmfest was itself still in its infancy. 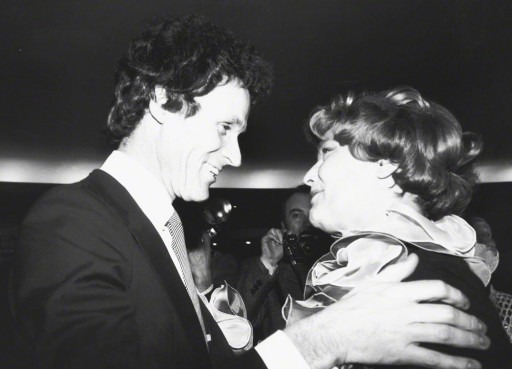 Unexpected Turnover in the Festival's Leadership

Shortly before the 1979 Berlinale, a rapid turnover occurred in the leadership of the festival. Wolf Donner, who with great vigour had just taken over the post two years prior, accepted an offer from the news magazine Der Spiegel and went to Hamburg to be their culture editor. Donner’s decision came as a surprise and disappointed many observers. When he announced his resignation he took stock of his brief term of office: The switch to February had proved a success, the festival and its audience had become younger, the film market had been expanded, the programme had become more diverse and the organisational structure more efficient, and the Berlinale had given itself a clear profile in contrast with Cannes. No one disagreed, but it was an all the more bitter pill to swallow – just about everyone would have liked to continue working with Donner. Many still remembered the protected process that had preceded his appointment, and feared a new candidate-searching marathon.

But this time the board of trustees went about their task in a different way. Instead of going through experts and a finding commission, suitable candidates were approached directly, which put a damper on the rumour mill. The media did not want to refrain from speculating entirely, of course. Numerous journalists were being discussed, including – like three years prior – Kurt Habernoll and Joe Hembus as well as Florian Hopf, whose good connections to France carried considerable weight. But the candidate considered most promising and the favourite of many was again Ulrich Gregor, the Forum director. There wasn’t the slightest doubt in his competence, and there were only a few film personalities on the international scene who enjoyed a better reputation. Furthermore, even the more conservative observers had meanwhile come to think of the 46-year-old Gregor as acceptable: The Frankfurter Allgemeine Zeitung mused that “he would even look good in tails”. Wolfram Schütte wrote in the Frankfurter Rundschau that as Berlinale director, Ulrich Gregor would have to “make more and more painful compromises than he has had to do in his current position”. Gregor needed to be asked whether he “had the guts” for it. No one knows whether he was ever asked, or what might have been his answer. 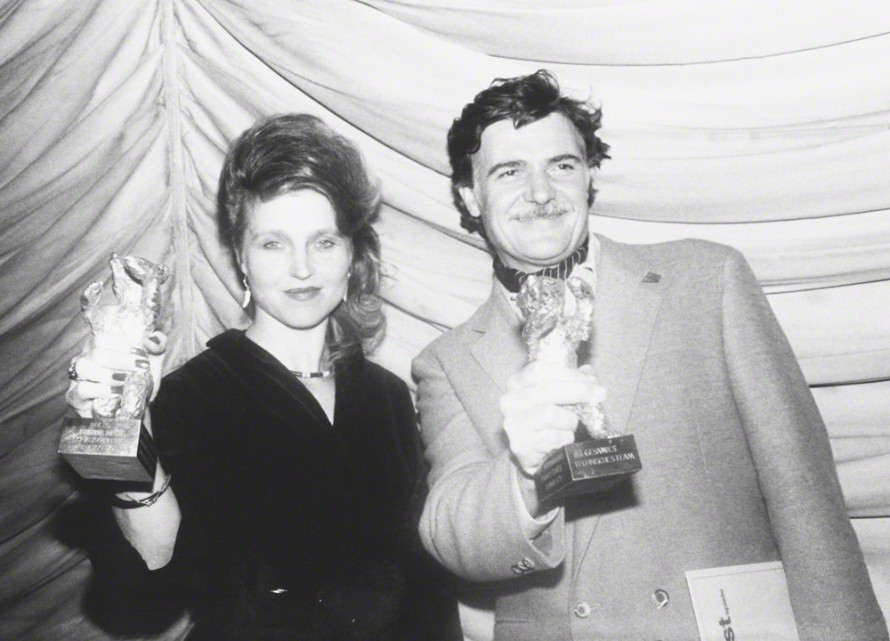 After eleven candidates were invited to come for an interview (not all of them showed up), the board of trustees decided to appoint the incumbent director of the Locarno Film Festival, Moritz de Hadeln, as the new head of the Berlinale. The decision met with immediate and almost universal approval. And Ulrich Gregor was not passed over either – in connection with the appointment of the new director, the board of trustees announced a change in the structure of the festival, which meant an enhancement of the status of the Forum and thus of Gregor’s work. The “productive tension” between the Competition/Country Focus and the Forum was positively stressed and credited with being part of the identity of the festival. The Forum and the Competition were from now on to have their own leadership, whereby the status of the Forum was to be safeguarded by a long-term agreement with the “Friends of the German Cinemateque” to run it on behalf of the Berlin Film Festival Plc. This was a solution everyone could live with, and so the leadership question was successfully resolved shortly before the beginning of the 1979 Berlinale.