“Suddenly there she is – tall, thin, beautiful. An apparition totally out of place in this shabby Moscow hotel restaurant…She speaks some broken English, smiles incredulously, shakes her head. 'Berlin, the festival, my film? No, no, impossible. They’ll never let you have it'.” – Wolf Donner years later remembering his first encounter with Russian director Larisa Shepitko. 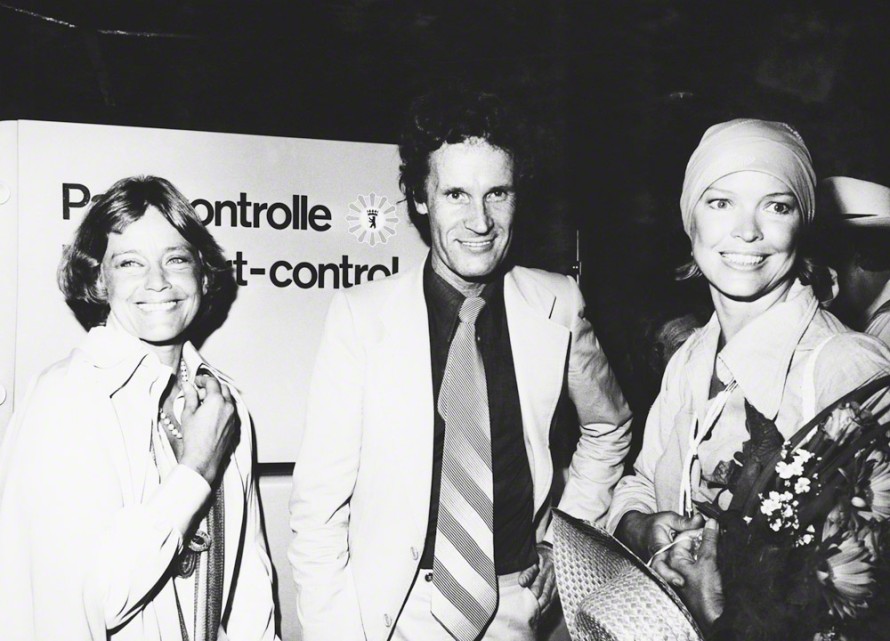 A promising start for Wolf Donner

The 1977 Berlinale was the first under the leadership of Wolf Donner, and it was evident that someone wanted to shake things up a bit. From the poster, which showed a strip of film with a bite taken out of it in a bread roll, and which earned the Berlinale the nickname "Schrippen-Spiele" (“Bun Festival”), to the organisation of the event and the set-up of the programme, Wolf Donner implemented striking innovations. A more aggressive advertising campaign aimed at reaching new, especially younger, audiences. The collaboration between the Competition and the Forum was carried out on a more constructive basis, with a special “German Films” programme, based on the New German Film series initiated by the Forum, now sponsored by both sections.

Donner made a general effort to give German films greater visibility at the festival: This year there was a retrospective of Ula Stöckl’s films in the Info-Schau, a small Konrad Wolf showcase, and four West German and one East German film in the Competition. The film market, which up until now had been reserved to professionals was – temporarily – made into a public section. The Info-Schau, which so far had tended to get lost between the Forum and the Competition, was expanded, thus enhancing its status. In the coming years it would develop into an exciting platform, e.g. for films from the socialist countries offering a contrast to the Eastern European Competition entries. The Retrospective this year was devoted to the image of Lenin and the revolution in Soviet film. Donner was already setting new directions in his first year: rejuvenation in all areas of the festival, a stronger representation of German film, and a more uninhibited treatment of films from the socialist countries. 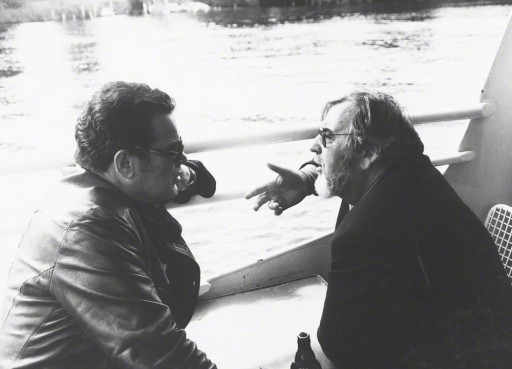 In the run-up to the festival, Donner himself had made a selection trip to Moscow under what were at times absurd conditions. He returned with, among others, Larisa Shepitko’s Voskhozhdeniye | Ascent, which would win the Golden Bear, not, however, without fierce wrangling among the jury members. The films in the Competition were strong this year, which also contributed to the swift acceptance of the new festival director. François Truffaut showed L’Homme qui aimait les Femmes | The Man Who Loved Women; other entries included Camada Negra | Black Litter by Manuel Gutiérrez Aragón, Between the Lines by Joan Micklin Silver, Nickelodeon by Peter Bogdanovich, Jabberwocky by Terry Gilliam and Le Diable probablement | The Devil Probably by Robert Bresson, upon which four out of five jury members also would have liked to bestow the Golden Bear.

For Larisa Shepitko it was the beginning of her recognition in the West and of a much too short career – she died at the age of forty in a car accident in the summer of 1979. Wolf Donner, who since has also come to an untimely death, wrote a moving tribute to her in Wolfgang Jacobsen’s "50 Years of Berlinale". 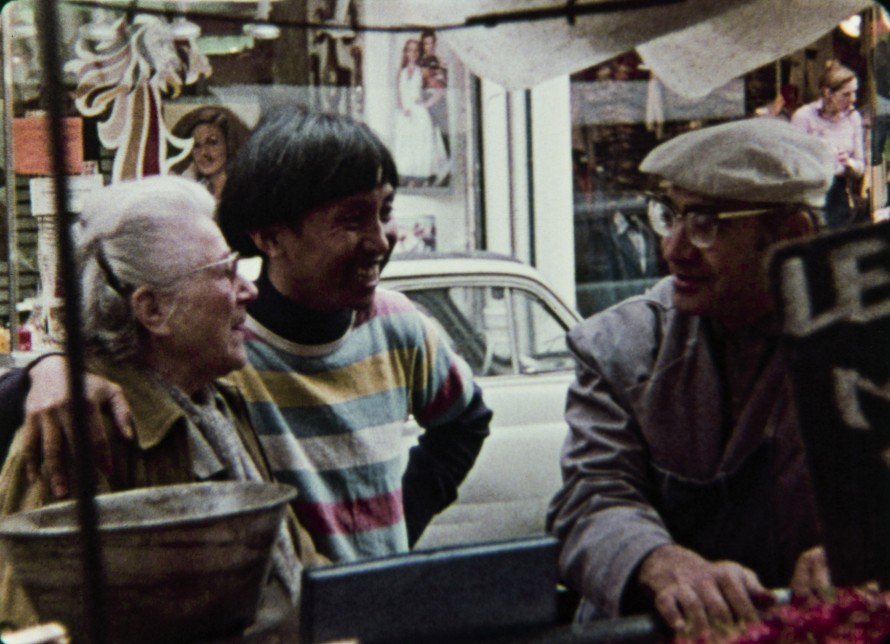 The positive overall impression left by the 1977 festival was also thanks to the Info-Schau, which was promising to become a real alternative programme, and as well as of course to the Forum. Two films by the incarcerated Turkish director Yilmaz Güney set a clear political focus; Güney was also honoured with a prize for his oeuvre from the FIPRESCI jury (The International Film Critics Association). Theodor Kotulla’s Aus einem deutschen Leben | Death Is My Trade – with Götz George as the concentration camp commander Franz Lang (alias Rudolf Höß) in the first of his many character roles – offered a discursive counterweight to Joachim C. Fest and Christian Herrendoerfer’s Hitler – Eine Karriere | Hitler, a Career, which was shown in a special screening in the Competition.

There was also an inside tip in the 1977 Forum: The Philippine film Mababangong bangungot | Perfumed Nightmare by Kidlat Tahimik told the story of a taxi driver who suffers a rude awakening from his dreams of a better life in the West. 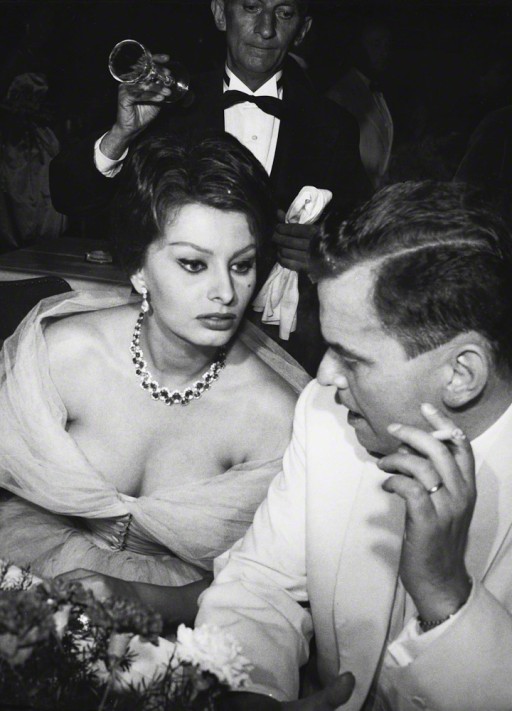 On May 30, 1976, an advertisement for the position of director of the Berlin Film Festival appeared in several daily papers and specialist journals. Alfred Bauer’s contract expired for reasons of age on November 30, 1976, and a delay of his well-earned retirement was not seriously discussed.

By the time the deadline came around, fifteen people had applied for the position, including Forum director Ulrich Gregor, long-time Berlinale press officer Hans Borgelt, journalists Hans C. Blumenberg, Kurt Habernoll and Joe Hembus, film director Ulrich Schamoni as well as theatre director and manager Rainer Antoine. The future director was not, however, among the first applicants. The film journalist Wolf Donner initially only appeared as one of six experts charged by a finding commission to review a list of criteria according to which the applicants were to be evaluated. This finding commission in turn had been appointed by the board of trustees. A certain degree of uncertainty can no doubt be detected behind this complicated delegation of responsibilities. The decision had to be well thought out; after all, a prestigious position was at stake.

There was immediate criticism of the fact that in the three-person finding commission, besides a representative of the federal government and of the senate, there was only one representative of the SPIO (the leading organisation of the German film industry). The filmmakers who stood for the international reputation of German cinema at the time – Fassbinder, Herzog, Kluge, Lilienthal and others – were not represented by SPIO, however. To include contemporary German film in the process would have meant inviting the “Association of New German Feature Film Producers”, the “Syndicate of Filmmakers” or the “Author’s Film Publisher” to participate in the decision-making. This was refused by both federal government and senate, and so old conflicts threatened to flare up again.

The length of the decision-making process and its lack of transparency were also criticized. There were also various, even defamatory, attempts at siding with or opposing a certain candidate. The Bild-Zeitung behaved particularly ignomiously. After the applicant pool had been narrowed down to five – Antoine, Blumenberg, Borgelt, Gregor and Schamoni – the paper launched a defamation campaign against Ulrich Gregor by more or less openly insinuating a proximity between him and the Red Army Faction. In the political atmosphere of the time, which soon after came to be called the “German Autumn”, this verged on character assassination.

A latecomer wins the race

But the filling of the post was a political issue even without excesses of this kind. Whoever was appointed had to be capable of creating consensus among differing agendas. Wolf Donner was not put on the shortlist until late into the process, which resulted in other new names being submitted – and so another round of applications was underway. Many considered the belated nomination of Wolf Donner to be a clumsy move. The Berlin Culture Council, which was backing Ulrich Gregor, said that it was “inadmissible, after the deadline has passed, to shortlist an expert consultant who was already involved in the process, and then to go on and nominate him as director”. But after the board of trustees unanimously elected Wolf Donner as the new festival director on February 18, 1976, he was quickly accepted as a suitable successor to Bauer. No one doubted Donner’s competence, he was young and had not yet made himself any enemies. “Soon he will realize that it’s not so easy to go from being a critic to being a festival director”, the specialist journal Filmecho/Filmwoche commented dryly, although this was hardly a secret.