“A revolutionary of the form returns victoriously, with his head held high, to the consumer-friendly cinema of amusement”. – Friedrich Luft in "Die Welt" on Claude Chabrol and his film Les Noces Rouges | Wedding in Blood.

concerns dominated the run-up to this year’s festival. Festival director Alfred Bauer and Forum director Ulrich Gregor fought together for an increase of the festival budget, even if they had different ideas about how the additional funds were to be divided up. The budget of 1.2 million Deutschmarks had never been increased. Bauer calculated that if inflation were taken into account, this sum was less than the budget for 1966, before the Forum even existed. Compared with the other large international festivals, Berlinale was at the bottom of the list. With the Four Power Agreement on Berlin and the Basic Treaty explicitly emphasizing the role of the city as cultural mediator, the time seemed ripe for requesting more money for the Berlinale. The board of trustees however did not see fit to make more then an additional 100,000 Deutschmarks available, following the festival. This was just enough to purchase an interpreter facility for the Forum. It was a drop in the bucket. 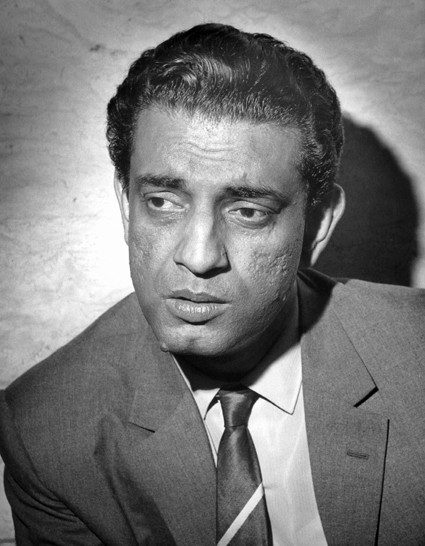 As far as the films were concerned, however, the 1973 Berlinale gave reason to be optimistic. The Forum continued to bring exciting and ambitious films to Berlin, and began to embrace new narrative forms that did not always have to be politically motivated. Nor did the Competition disappoint this year. Films such as Robert Aldrich’s Emperor of the North, Satyajit Ray’s Ashani Sanket | Distant Thunder, André Cayatte’s Il n’y pas de Fumée sans feu | Where There’s Smoke and Claude Chabrol’s Les Noces Rouges now also brought stories of upheaval and an increasingly problematic reality to the Competition.

On the one hand, and the other

While the Emperor of the North leading men Lee Marvin and Ernest Borgnine were audience favourites, Chabrol’s film went down best with the critics. In Friedrich Luft’s review of the film you can detect the balancing act that, according to Alfred Bauer, it was necessary to uphold in the Competition: “Highly enjoyable trash – but on a silver platter. A revolutionary of the form returns victoriously, with his head held high, to the consumer-friendly cinema of amusement”.

Eiichi Yamamoto’s Knashimino Belladonna was cause for some irritation, since the film was listed as animation and was thus evidently mistaken as “family entertainment”. The audience brought their children, but instead of a “Japanese Disney”, they were shown an unbridled medley of sumptuously sexual images. While audience members left in droves, it was not enough for a scandal – which can probably be counted as a sign of growing maturity.

While French films had made a strong showing in the Competition, the Forum emphatically confirmed this impression. Jean Eustache’s La Maman et la Putain | The Mother and the Whore, Godard’s Tout va Bien | Just Great and the four-hour “abridged version” of Jacques Rivette’s Out One Spectre were, as premieres, already received as lasting works of art with their finger on the pulse of their time. This year, Competition and Forum films allowed for points of reciprocal enlargement and connection, which were also taken up by reviewers. The two sides had something to say to each other again. So it didn’t really hurt when the Forum team was collectively given the “Berlin Art Prize” because they had “provided a concrete alternative to the faltering self-image of the official Berlin Film Festival”. The Competition and the Forum were starting to grow together and could no longer be so easily divided.