"You will be gripped by repulsion." – Catch phrase for Roman Polanski's Repulsion, written on Berlin's sidewalks during the festival. 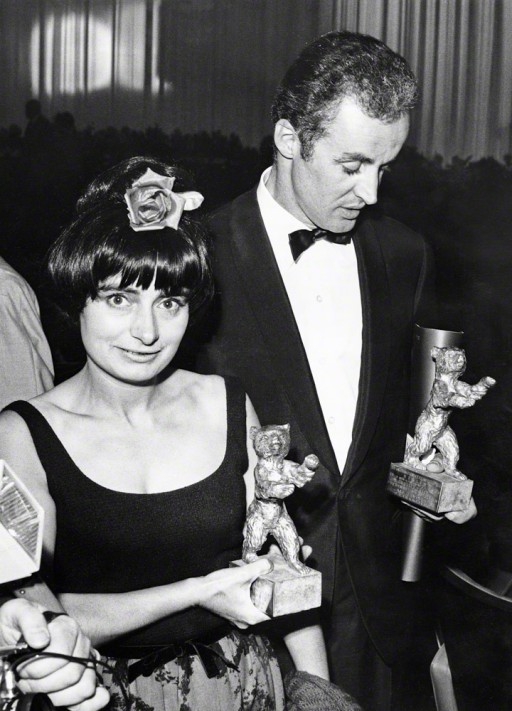 After the disappointments of previous years the 1965 Berlinale was a resounding success, cinematically speaking. There had also been a fundamental reform of the festival structure. In his introduction to the official “Festival Almanac” Alfred Bauer spoke of the “Berlin Reform”, which he justified by saying that the film festival could not “be subjected to the law of a rigid status, if over time film and its world had fundamentally changed.”

Improvements were made especially in the selection criteria for the films in the Competition and in the make-up of the jury. For the first time the festival chose the jurors itself, instead of allowing countries to select their own representatives. A group of film critics – including Ulrich Gregor, Enno Patalas and Karena Niehoff – participated in the selection of films and critics would also have stronger presence in the jury.

The birth of the "sections"

The number of Competition films was reduced and the programme was to be complemented by an “Information Show” and a “Representation Show”. The Information Show screened films which the selection committee saw as too controversial for the Competition or which weren’t allowed to take part in the Competition for formal reasons. By contrast the Representation Show served as a platform for delegates and producers for participating countries to select and show films by themselves. Both measures followed an advise by journalist Ron Holloway and aimed to make the programming more flexible. 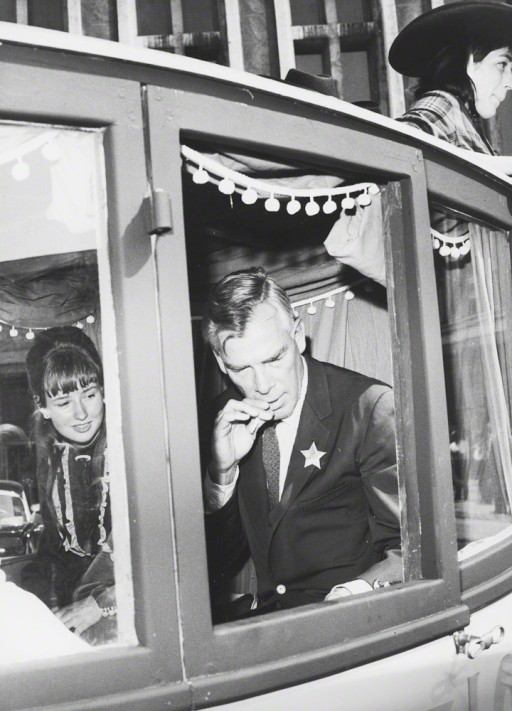 Lee Marvin during the traditional boat tour, which the festival offered to its guests.

Once again the federal government had insisted on political compromises, while the festival would have liked to base its decisions solely on “artistic criteria”. Diplomatic considerations were still to play a role for some time. As long as certain decisions required a tightrope act, one wanted to at least prepare safety nets on all sides. If one was worried a certain film would cause a scandal, one could remove it from the line of fire and show it in the Information Show. And instead of having to reject (and not being able to reject) a film that one didn’t want to have, one could offer the producer to show it in the “Representation Show”. These tactical considerations led to differentiation in the programme and paved the way for the future programme structure based on sections.

A fresh desire for films and debate

With films by Jean-Luc Godard, Satyajit Ray, Agnès Varda, Roman Polanski and Jean-Marie Straub/Danièle Huillet the programme once again sparked enthusiasm for cinema and discussion. The most talked about film was Roman Polanski’s Repulsion, which was accompanied by a lurid advertising campaign by the distributor. Repulsion polarized: Some were deeply affected, others appalled and disgusted. Seldom had a film been so controversial. Those disgusted by Polanski’s film were perhaps taken in by Agnès Varda’s Le Bonheur | Happiness. But even this seemingly soft and accessible film offered no simple answer to the question of the possibility or impossibility of happiness.

All around, it was not a festival of easy films. Straub/Huillet’s Nicht versöhnt oder es hilft nur Gewalt wo Gewalt herrscht | Not Reconciled or Only Violence Helps Where Violence Rules was no less radical than Repulsion and sparked similarly controversial debates. At the premiere there was a podium discussion titled “New Narrative Structures in Film” at which Michel Delahaye, Alexander Kluge, Enno Patalas and Jean-Marie Straub sat at the podium, resulting in a lively debate.

1965 was a good year for the Berlinale, even if the films spoke of fear, discomfort and incertitude – as did Godard’s Alphaville. Precisely herein lay the first signs of maturity: not to shy away from confrontation, to permit critical cinema and to recognize that the festival was part of social development. The 1965 Berlinale was again in step with the times - for the first time in years.