"All film festivals should contribute to better understanding between nations and support development of the art of film and the film industry." – from the guidelines for international film festivals of the FIAPF / Fédération Internationale des Associations de Producteurs de Films. 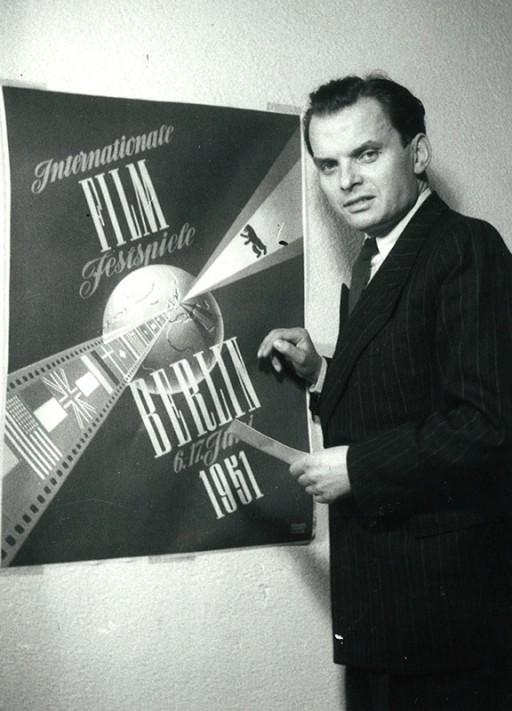 Upon the initiative of American Film Officer Oscar Martay, a committee meets for the first time on October 9, 1950 to prepare for the founding of an international film festival in Berlin. Alongside Martay and his British colleague George Turner, the committee includes two representatives of the Berlin Senate Administration, four representatives of the German film industry and a journalist. At this meeting, the dates of the first festival (June 6-17, 1951; awards ceremony on June 18) are agreed along with the name the “Berlin International Film Festival” for which the abbreviation of “Berlinale” will quickly become established.

The film historian Dr. Alfred Bauer is appointed festival director. In the 1940s, he worked for the “Reichsfilmkammer” (Reich Film Office) and advised the British military government on film issues after the end of the war. In November 1950, he began to work for the Berlin International Film Festival.

The fact that Alfred Bauer played a much more significant role before 1945 in the National Socialist “Reichsfilmkammer” than had long been assumed only became public knowledge in 2020 by an article in the "Zeit". After it came to light, the Berlinale commissioned two academic studies* on Bauer. These confirmed that, during the denazification process, Bauer systematically covered up his activities which had actually made a significant contribution to the functioning of the Nazi film system. The studies reveal Bauer to be an unscrupulous opportunist who skilfully used the turmoil of the post-war period as well as his pre-war networks and personal connections to quickly gain a foothold in the new Germany. 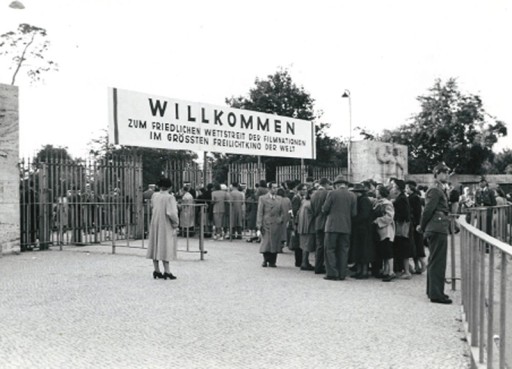 The entrance to the Waldbühne in Charlottenburg

In retrospect, the birth of the Berlinale appears to be a tangle of contradictions: a former Nazi was to become the main player in a festival whose goal was to foster international understanding. A man who spent his life insisting film was “apolitical” was installed to present the explicitly political claim of the festival as a “showcase of the free world” in a city divided into Allied sectors. Such contradictions are diametrically opposed to the subsequent need for a clear separation of guilt and innocence. The Berlinale’s founding committee contained both opponents and supporters of the defeated Nazi regime. The end of the war by no means marked a clean break with the pre-1945 dictatorship and its personnel. Friendships and enmities were redefined. All areas saw continuities that were denied for far too long and should serve as an insistent call for a readjustment of the view of the past.

Alfred Bauer’s biography lies like a shadow across the history of the festival but it is nevertheless symptomatic of the Berlinale’s evolution. This never took place in a vacuum, unaffected by social upheavals: on the contrary, it was always intertwined with historical developments in the decades that followed, and with the political conflicts and social changes. Bauer quickly became involved in canvassing for works from the then Eastern Bloc which he was fiercely determined to screen in West Berlin and in this way to play a his role in the looming Cold War.

There is no indication of a continuing National Socialist sentiment in Bauer’s selection of films during his time as festival director. In 1951, he attempted – in a one-off move – to find a place in the programme for a known Nazi propaganda director, Karl Ritter. However, the Berlin Senate Administration vetoed this selection. 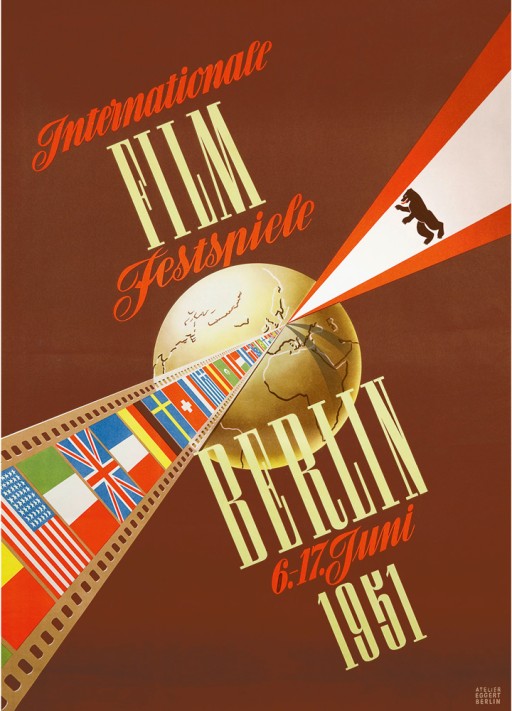 On June 6, 1951, the first Berlin International Film Festival opens in the Titania-Palast cinema with Rebecca, the film of a director who worked with the Allies in World War II: in 1944, Alfred Hitchcock made two films for the British Ministry of Information, and shortly after the war he witnessed some of the worst atrocities of the Nazi regime as he worked on the German Concentration Camps Factual Survey. The star of Rebecca, Joan Fontaine, is the festival’s acclaimed celebrity guest. Six years after the end of the war, large parts of Berlin remain in ruins. Reconstruction has begun, but the city is still a long way from being the vibrant metropolis of art that it was in the 1920s. Under these circumstances, the film festival and its international guests serve the city’s great need for attention and recognition.

The “Berlinale” is a big hit with the public. The big festival events take place in the sold-out outdoor arena of the “Waldbühne” – with the final evening being celebrated with a huge firework display. The festival’s main prizes, the “Berlin Bears”, are awarded in the following categories: “dramatic films”, “comedies”, “crime and adventure films”, “musical films” and “documentary films”. In the first year, the prize winners are chosen by an expert jury of exclusively German members. The audience also votes for its favourite film: Cinderella by Disney (a studio which had played a significant role on the US side in the propaganda battle of World War II). Under pressure from the FIAPF (Fédération Internationale des Associations de Producteurs de Films), it is decided that, starting from the following year, all the prizes will be chosen by the audience because the awarding of prizes by an expert jury is reserved for so-called A-festivals and the Berlinale is yet to earn this title.

All in all, the Berlinale gets off to a good start. The international response is positive and the enthusiasm of the audience transcends everyone’s expectations. Criticism is only heard from the east of the city where the policy of categorically barring the participation of any films from socialist countries is seen as proof that the festival is not really as “international” as its name suggests. All the same, residents of East Berlin can visit the film festival because the sector boundaries can still be freely crossed. Cheaper screenings are shown for East Berliners in the Corso cinema in the district of Wedding and thousands take advantage of this special offer.