Marcelo de Sousa is a cowboy in the Brazilian pampa. He likes his job, the riding, the cattle, which he tenderly calls by their names, and the land that feeds him. After he’s unable to prevent a vicious raid on the ranch, which results in a hundred cattle in his charge being stolen, nothing is the same. He becomes depressed and gives up his job. Luckily, he has good friends and a big passion, blossoming in his role as the master of ceremonies at rodeo shows. His rousing rap-style announcements pay homage not only to the cowboy culture but also to the solidarity of the rural community, which has little trust in the country’s political leadership.
In Querência, director Helvécio Marins shows a melancholy hero whose life is in disarray, but who still remains true to himself. His sure direction refrains from being overly dramatic and concentrates on creating a portrait of a specific lifestyle. That he’s so successful at this is thanks to camerawork that captures the moments of loneliness just as precisely as the raucous excitement of the rodeo shows and the vastness of the landscape, bathed in warm light.

Born in Belo Horizonte, Brazil in 1973, studied Law and Film. In 2014, he lived in Berlin for several months as a beneficiary of the Berlin Artists-in-Residence programme of the DAAD. 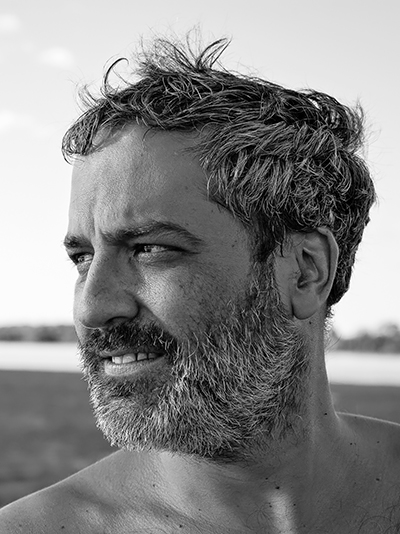