16-year-old Amiko is convinced that “the Japanese are unable to dance spontaneously.” She’s just tried it out herself, with some strangers in a Tokyo underground passage. Believing that she’s had more than her fair share of days where she'd do absolutely anything, she’s left behind the provincial city of Nagano to head to the capital and take her heartthrob Aomi to task. A year before, she took a long winter’s walk with him and thought she’d met her soulmate, someone else like her who wonders in which phase of life there’s actually room for being happy. But then he disappeared, headed for Tokyo, together with Amiko’s nemesis Miyako of all people, the very “epitome of mass culture”, quite unlike her anti-bourgeois and wildly romantic self.
As far as creativity and playful levity are concerned, the invigorating directorial debut by 20-year-old Yoko Yamanaka need fear no comparisons. The recalcitrant Amiko could easily be a distant relative of Louis Malle’s Zazie dans le métro. Yet the imaginative and insolent film equally breathes the increasingly rare rebellious spirit of the 1980s “Hachimiri” movement.

Born in Nagano, Japan in 1997. Amiko is her first feature film. 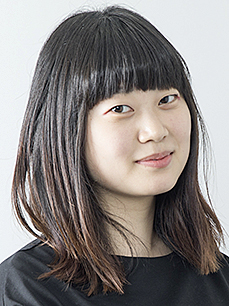