Manana tears open the windows of her new flat and won’t be closing them again. Distant street noises, cheerful birdsong and the gentle sound of the wind form the soundtrack to her new life. The 52-year-old has left her family, without justifying her actions, without any arguments. There doesn’t seem to be any fixed reason for her having moved out. When she’s asked why, she doesn’t say anything and thus turns the question around. It’s more family structures themselves from which Manana wishes to extricate herself. The roles you have to play, the functions you have to take on so that things keep running smoothly, but which also lead to your going under or becoming invisible. Now Manana sits at the open window, playing the guitar and singing Georgian songs, whose melancholy rhythm infuses the film. Whenever she happens to return to the family home, everything seems just as she left it: the grandmother is roasting a chicken, the grandfather is contemplating death, the adult children are waiting for their lives to finally begin, her husband Soso is chain-smoking and the wardrobe continues to squeak.

Born in 1978 in Tbilisi, Georgia. She studied Acting and Screenwriting at the Film University Babelsberg Konrad Wolf in Potsdam. In 2012, she and Simon Groß founded the production company Polare Film.

Born in Berlin in 1976. He studied Directing at the University of Television and Film Munich. With Marc Wächter, he founded the production company Indiz Film in Germany, and with Nana Ekvtimishvili, he started Polare Films in Georgia. 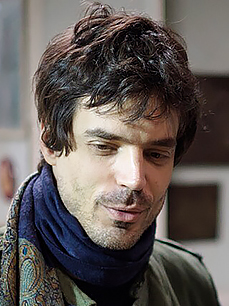