El triunfo: The Beat Of The Streets 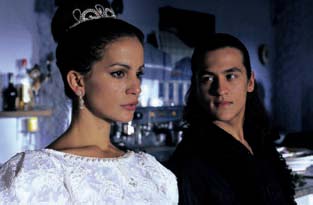 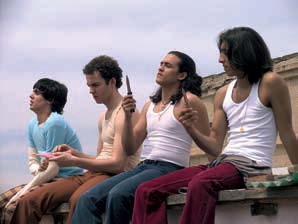 EL TRIUNFO: THE BEAT OF THE STREETS

A deracinated part of the city sometime in the 1980s is home to Nen and his friends Palito, Topo and Tostao. The district is ruled by ex-mercenaries Gandhi, Fontán and Andrade, who are engaged in a struggle for supremacy. Nen is interested in music and dreams of a career as a rumba musician. All that he knows about his father, El Guacho, is that he was a fabulous rumba singer. But now, he is forced to learn the truth about his idol’s sudden
disappearance. Once he hears about the connection between his mother Chata and Gandhi, the big man in the district, he understands why his father was suddenly no longer around. Nen has to learn to find a balance bet­ween his thirst for revenge and his goal to become a musician.
Mireia Ros: “EL TRIUNFO is a film full of light and shadows, narrow alleys, damp, dark walls, clothes hanging from balconies, the din of transistor radios, the smell of fried food and the garish colours of the synthetic fabrics popular at the time. The rhythm of rumba pulsates throughout the story. The soundtrack combines the classic rumba of the period with the original mu­sic played by Nen and his friends. Rumba informs the visual language and the pace of the editing. The shots themselves turn into music and pause, whenever it is time to listen to the characters. But in reality it is the story that imposes the rhythm. A story full of surprises, hot music and moments of silence, in which the tension fairly crackles.”