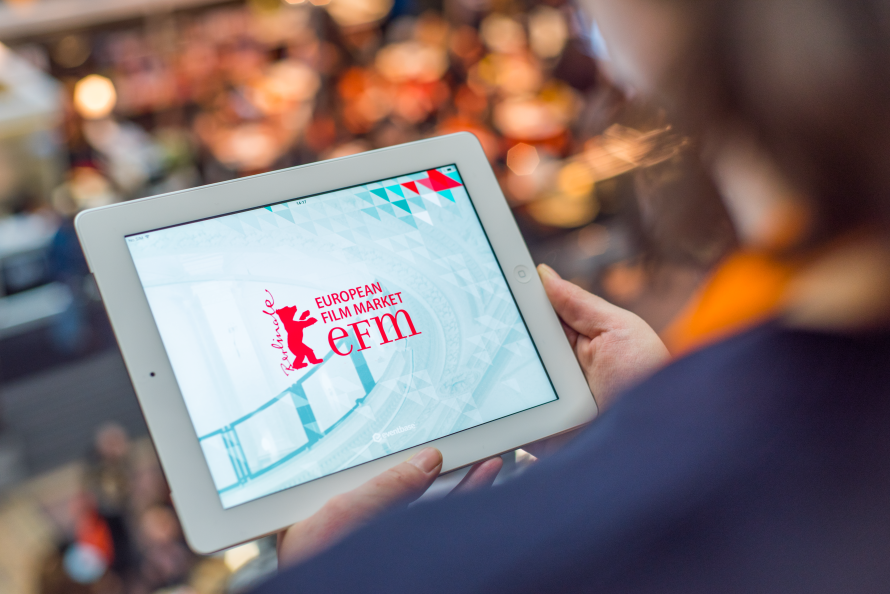 At the start of every year, the European Film Market (EFM) provides a marketplace for film production sales and serves as one of the industry’s most important platforms for international sales agents, distribution companies, festival programmers and producers. In 2021, a year characterised by the pandemic, the EFM will once again provide this platform:

From March 1 to 5, 2021, the EFM will take place in the form of numerous online offers and events.

“International sales agents have filled their lineups for the start of the year and have an attractive variety of films on offer. Many films are also currently in production and ready for pre-sales. We want the digital EFM in 2021 to be an impulse for a new beginning in the international film industry,” says EFM director Dennis Ruh. “Since the EFM is an integral part of an international convention calendar, and therefore part of an economic system that includes events such as the Marché du Film in Cannes and the American Film Market in Los Angeles, a later date is not an option.”

The market’s focus will be on the presentation of new films, which will be made accessible to industry audiences in virtual market screenings. By announcing the film selection for the 71st Berlin International Film Festival – for the sections Competition, Berlinale Special, Encounters, Panorama, Forum, Forum Expanded, Generation, Berlinale Shorts, Berlinale Series, Perspektive Deutsches Kino – the EFM will include a presentation of the festival’s film selection in addition to screenings booked at the market.

The online market screenings will be programmed according to the established screening plan and can be accessed within a 120-minute time window after the designated start time. All market participants determine their own time zone. The film starting time will be based on the determined local time, ensuring that users in e.g. Australia, Central Europe or the West Coast of the USA can view specific screenings at the same local time. This screening format preserves the momentum of a market presentation.

Once again, participants from all over the world are expected to attend the EFM. Global sales companies present their current film lineups and their upcoming films. Promotion agencies advertise films and talents from their countries, institutions provide information on funding options, and film commissions bring shooting locations and infrastructure into focus. These exhibitors will also be central to the digital market format. Market visitors receive access to the Participants Guide and the digital booths that contain the companies’ programme and events, and can make contact with the exhibitors. Exhibitors can use their preferred video conference systems for meetings.

In addition, this year the market will also include a comprehensive conference programme: This will take place online on the EFM website (www.efm-berlinale.de) on all five days of the market as a cooperative programme by Berlinale Series Market, DocSalon, EFM Producers Hub, Berlinale Africa Hub, EFM Landmark, EFM Horizon and the Initiative Diversity & Inclusion, under the title EFM Industry Sessions.

The EFM Industry Sessions will reflect on current industry-relevant subjects in interactive talk formats, think tanks, workshops and masterclasses. Various networking formats will provide opportunities for targeted initiation of new business contacts. The EFM Industry Sessions will be framed by an opening and closing event. Some of the live streams will be accessible on demand after taking place.

The EFM will also see the launching of the new EFM podcast, which will present engrossing conversations year round between industry experts on current themes and developments.

The complete EFM Industry Sessions programme will be announced in February.

An Online Market Badge is required to access EFM online events and resources. Until January 31, film industry representatives may register for a fee of 89 Euros. After January 31, the registration fee is 134 Euros.

Selected EFM Industry Sessions will have limited participation and/or require pre-registration or an invitation. Market screenings can be limited to selected groups of market participants at the discretion of respective copyright owners.