Jan 18, 2023
Books at Berlinale – Eleven Books on Route to Adaptation 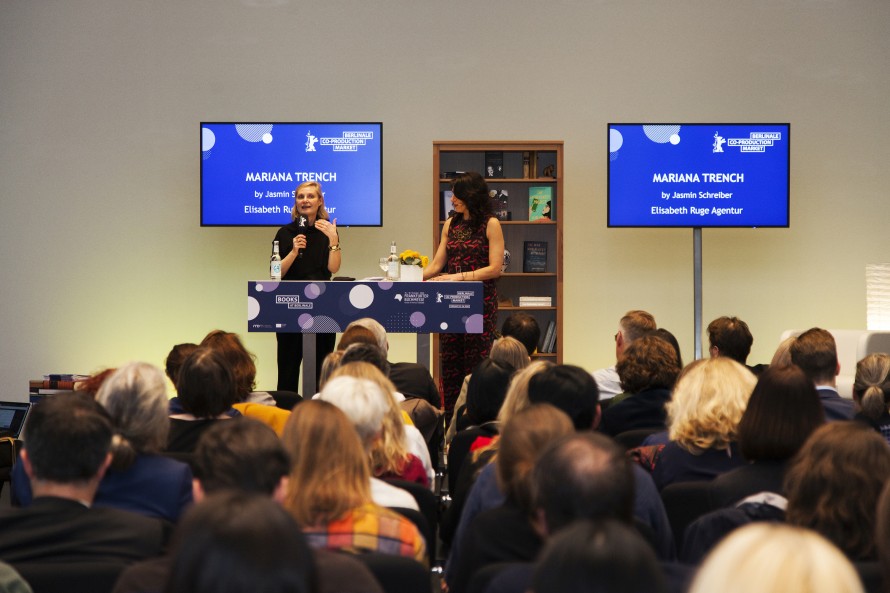 On February 20, the Berlinale Co-Production Market at Books at Berlinale, in cooperation with Frankfurter Buchmesse, will present eleven exceptional examples of literary material that lend themselves to adaptation.

At the pitch event, which has been spotlighting new publications and bestsellers every year since 2006, film producers can get in contact with the film rights holders – renowned, internationally active publishers and booksellers. The presentation of the books by publishers and literary agencies will be hosted by Syd Atlas.

More than 190 books from over 30 countries were submitted for Books at Berlinale this year. The eleven chosen works come from publishers, agencies and authors in Austria, France, Germany, Mexico, the Netherlands, Norway, Slovenia, Spain and the United Kingdom.

The selected books have special potential for adaptation into feature films and serial formats. In a wide range of genres, the chosen works lead us to diverse places, themes and questions:

For example, in the harrowing Ukrainian family saga “Aleksandra”, the protagonist tells the story of her grandmother and shows how this woman’s individual life is interwoven with the history of the Donbass region from which she comes, and with European history as a whole.

Set on the streets of East London, “These Streets” is a powerful and stirring novel that explores how we can find our place in a world that only seems to support the privileged.

In “The Light Behind Us” (original: “Das Licht im Rücken”), a new invention is about to conquer the world – and will determine the fate of two families willing to risk everything. This saga is based on the true story of the revolutionary development of photography in the 20th century, and the life of Ernst Leitz’s family in times of war.

“The Warrior” (original: “Die Kriegerin”) tells the story of two women who have shared a special friendship since their time in the army. There, they steeled their bodies and minds against a world of toxic masculinity and violence. But no shield, neither physical nor emotional, can protect them from their inner trauma.

“Why Can’t I Write” (original: “Zakaj ne pišem”) by Dijana Matković has been selected from Slovenia, which will be the Guest of Honour at Frankfurter Buchmesse this year.

Film producers who are or would like to become active in the field of literary adaptations, as well as publishers and booksellers, can register to take part in the event until February 14 at .

On February 20, as part of the Books at Berlinale initiative, a matchmaking event will take place, at which selected representatives of publishing houses and film agencies will be able to meet film producers in one-on-one sessions.

The Berlinale Co-Production Market is a Berlinale Pro* initiative of Berlin International Film Festival and is supported by MDM - Mitteldeutsche Medienförderung and the European Union’s Creative Europe - MEDIA programme. Cooperation partner and main venue is the Berlin House of Representatives.

The following materials have been selected for Books at Berlinale 2023.
(English title / original title; in alphabetical order of the companies presenting them):