Jan 16, 2023
Berlinale Series Market at Potsdamer Platz: Talks, Screenings and Showcases From All Over the World 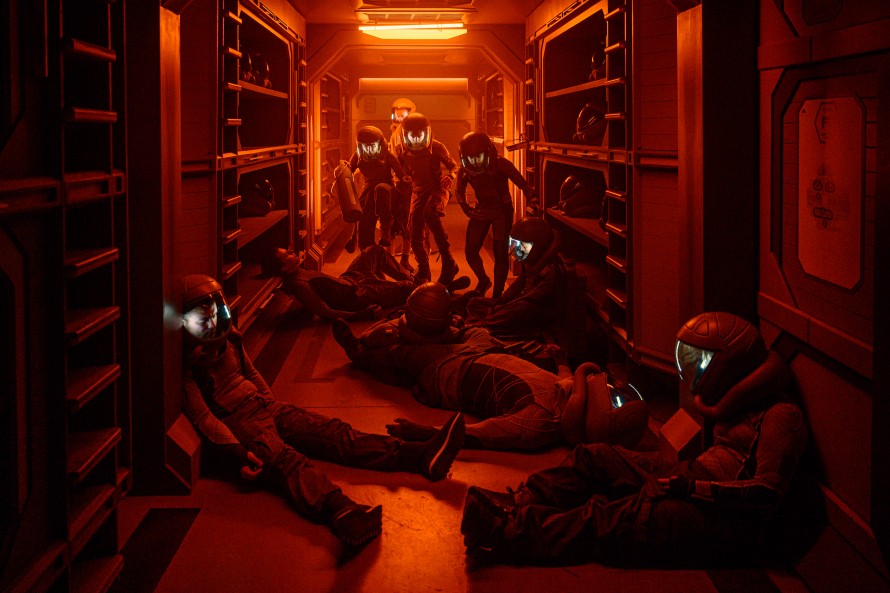 “After several years in the Zoo Palast and two years in a virtual format, I am delighted to see the return of the Berlinale Series Market as an in-person programme at the heart of the market’s infrastructure at Potsdamer Platz,” says EFM director Dennis Ruh. "Since many companies that used to handle exclusively film rights have now added high-quality serial content to their portfolios, and the strict separation of the past has dissolved as a result, we are combining both worlds in one location to structure the market experience even better. Once again, there is a wide and varied spectrum of topics and international projects to discover in the series sector, which will be presented in talk formats and showcases as well as in the series screenings.”

Series World in Transformation: Creatively, Strategically and in the Distribution Business

In line with this year's EFM Industry Sessions theme “Shift happens”, the Berlinale Series Market will address the current changes in the industry as well as future-oriented topics and trends in the world of series. The focus will be on strategic developments and challenges for content providers and distributors, as well as on the transformation of creative work on serial formats. The showcases will present new programmes from international production companies, streamers and institutions as well as festivals. The Baltic States will be the “Country in Focus” partners, providing insights into current content, as well as both national and international (co-)production conditions.

At the opening of the Berlinale Series Market on Monday, February 20, the data analysis company Ampere Analysis will provide a global overview of the industry. The subsequent opening panel, “Adapting to the Market”, will discuss the role of global distributors and the ways they are responding to changing market conditions, current global challenges and fresh differences in audience behaviour.

The world of series creators is also changing: more and more creatives are working collectively. They are founding their own companies in order to maintain more control and say over their projects. In doing so, they are creating new business models and approaches not only for themselves but for the entire industry. The panel “Entrepreneurial Showrunners: The Future of Creative” will shed further light on this development and on various business models.

David Bernad, producer of the globally successful, twenty-time Emmy-nominated and 10 Emmy-winning HBO series The White Lotus, will be giving market participants an exclusive look at his work on the hit series, which started its second season in autumn. The panel “Quo Vadis Docu Series” will be examining the currently popular docu-series format and exploring what importance this trend now has in the series field.

Ron Ninio, co-creator and showrunner of the Israeli series Kvodo, the original behind the US version Your Honor, whose second season with Bryan Cranston has just been launched, reveals how a series format from a comparatively small market can achieve huge international success through adaptation. So far, Kvodo has been remade for ten markets; the German adaptation Euer Ehren is set to star Sebastian Koch.

1985 sheds light on the story of the violent crime spree that shattered Belgium during the 1980s. We follow the youths who fought to make things right, through inspiring and relatable protagonists, with whom we share doubts and delusions.

About Antoine tackles authenticity, sensitivity, humour and a rarely explored theme in fiction: life with a multi-handicapped child. The show gives an insight into the daily life of a special family with all the quirks, highs, and lows it entails.

On a planetary colonization mission to save humankind, the remaining crew of spacecraft “Ark One” fights to survive after a catastrophic event causes massive destruction and loss of life-sustaining supplies.

Rita Brown, a suicidal alcoholic, and Arjun Sinha a widower with survivor’s guilt, must push their personal demons aside to find a serial killer whose belief in his divine purpose makes him unstoppable.

Set against the political backdrop of the Cold War, this is the extraordinary true story of Ana Maria Silva Pais, a young Portuguese woman who gave everything to the Cuban revolution and Che Guevara, including herself.

A child’s severed head is discovered in the forests outside the town of Donkerbos, throwing the local police department into disarray. Leading the investigation is Detective Fanie van Wyk, who fled Pretoria three years ago following a traumatic murder investigation.

Emma is a successful couples therapist. Her on-point relationship-advice, however, comes not from her education, but a supernatural talent. Emma herself has sworn off love long ago - until she meets John.

120 years from now, Anton and Emma, both 16, live in different climate zones within the same city. They were never supposed to meet, and certainly not to fall in love. But when they do, they must turn both of their worlds to be together.

When a young man disappears without a trace in 1999, his friends and sister fear something is wrong, and their search for him reveals terrifying secrets about the small town where they live.

Having become the culprit of a double homicide, a popular actor ends up in a notorious prison where rules apply, extremely different to those in ‘"the outside world".

A woman persecuted for witchcraft, a young woman possessed by the devil, two women living a secret love, a tormented man who starts a massacre. Four stories that intersect in an electrifying period thriller.

A mystery thriller set in the age of the climate crisis with a terrifying scenario at its core: What if nature finally demands the respect it is owed? To save her daughter, a mother must leave her rational world views behind.

From the writers of Euphoria and False Flag comes a new thriller series. When a flight from Tel Aviv to India vanishes in mid-air, a blind intelligence officer is brought in to investigate, as his family is among the plane’s passengers.

After being wrongly fired, corporate diva Ana struggles to clear her name, while slowly embracing the dark side of revenge and becoming the monster she’s fighting.

A family drama with a time travel twist, The Way Home follows three generations of Landry women as they reunite and begin to heal from their family’s mysterious past when their youngest member finds herself on an unexpected journey.

When the young man who murdered her daughter is released from prison after just a few years, police officer Luise Berg sets in motion a chain of events, which puts her and her other daughter on course for an inevitable catastrophe.