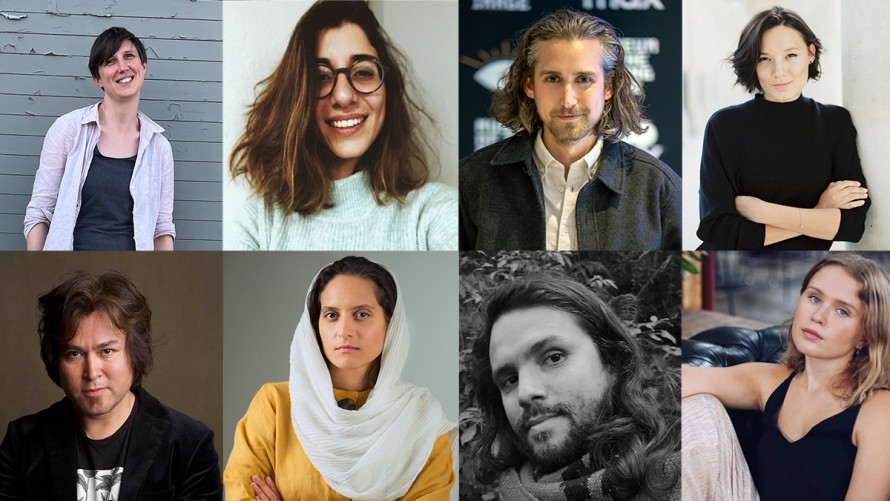 From February 18-23, 2023, Berlinale Talents welcomes 204 selected filmmakers to Berlin: for a community comprising 67 countries the six days exchanging experiences along the theme “You Must Be Joking: Humour In Serious Times“ are a ticket to join what is one of the largest worldwide film communities, with soon to be 10,000 Berlinale Talents alumni.

The 204 Talents were chosen from 3,295 applications from 125 countries. The final selection this year includes filmmakers from countries that have rarely been represented at Berlinale Talents before (Myanmar, Palestine, Nepal, Mongolia, Lesotho, Bangladesh, Costa Rica and for the first time Saint Lucia). Many of the Talents have already participated in renowned film projects or initiated them themselves. More than 40 Talents have been involved in previous Berlinale films as directors or in other capacities, among them Evelyn Rack, the editor of last year's Perspektive Deutsches Kino opening film Wir könnten genauso gut tot sein. They are all united by their motivation to make a difference in their living and working environment – be it artistic or socio-political.

In her feature film debut How is Katia?, Ukrainian director Christina Tynkevych deals with the social power dynamics in Ukraine. She is one of a total of six Talents with a Ukrainian citizenship this year. Australian actress Eliza Scanlen, well known for her roles in Little Women by Greta Gerwig and Babyteeth, for which she won the Australian Film Award for Best Actress in a Leading Role, is making her debut as a director at Berlinale Talents.

Melis Aksoy is a Turkish digital set designer who has worked on numerous award-winning US-American film and series projects, including American Horror Story, Marvel's Agents of S.H.I.E.L.D. and most recently Guillermo Del Toro's Cabinet of Curiosities. Pedro Harres is a Porto Alegre-born, Berlin-based director and multimedia artist; his current virtual reality project From the Main Square won the Venice Immersive Grand Jury Prize at the Venice Film Festival this year.

Director Aboozar Amini lives and works in Kabul, Afghanistan, and Amsterdam. He is currently developing his first feature film The Cineaste, and his internationally acclaimed cinema documentary Kabul, City in the Wind (2018) is an exploration of his impressions of everyday life in Afghanistan. BAFTA Cymru nominated film and animation director, writer and producer Joseph Wallace is highlighted by the London International Animation Festival as “one of the UK's most extraordinary stop-motion directors”.

Director Dornaz Hajiha is one of four Talents from Iran. Her debut feature film Like a Fish on the Moon was selected in the Proxima Competition of the 56th Karlovy Vary Film Festival 2022. She is currently developing her second feature Diaphanous.

For the third time, Berlinale Talents and co-partner Mastercard are presenting the globally unique Talents Footprints - Mastercard Enablement Programme fellowship. This year, actor Honor Swinton Byrne (The Souvenir), Marene Arnold (Vice President Marketing & Communications Mastercard DACH) and Hania Mroué (Director Metropolis Cinema Beirut) have been appointed to the jury. The trio will select three applicants from the international Berlinale Talents alumni community who, beyond their cinematic projects, have initiated social organisations, cultural networks or educational programmes themselves and are thus actively committed to gender equality, ecological sustainability and inclusion in the film industry in the long term. The three fellows will be supported by mentors and financial means for a period of one year. The announcement of the fellows will take place in the presence of the jury during the Dine&Shine dinner on February 19, 2023.

At Berlinale Talents, prominent creatives provide highly exciting insights into their cinematic work and celebrate the synthesis of different art forms together with the audience in public talks. In one such outstanding example, the Berlinale will welcome the crew of the US feature film TÁR at the HAU Hebbel am Ufer theatre on February 23, 2023. Director Todd Field, the two leading actors, Cate Blanchett and Nina Hoss, as well as film composer Hildur Guðnadóttir will jointly unfold the genesis of their music-centric drama, which is closely linked to Berlin in both its story and as a shooting location. The event will also comprise the world premiere of Todd Field's short film THE FUNDRAISER. On the same day, TÁR will be screened for the Berlin audience as a Berlinale Special Gala at the Berlinale Palast.

Berlinale Talents is a Berlinale Pro* initiative of the Berlin International Film Festival, a division of Kulturveranstaltungen des Bundes in Berlin GmbH, supported by the Minister of State for Culture and Media, Creative Europe - MEDIA Programme of the European Union, Medienboard Berlin-Brandenburg, Federal Foreign Office, German Federal Film Board, Mastercard and ARRI.