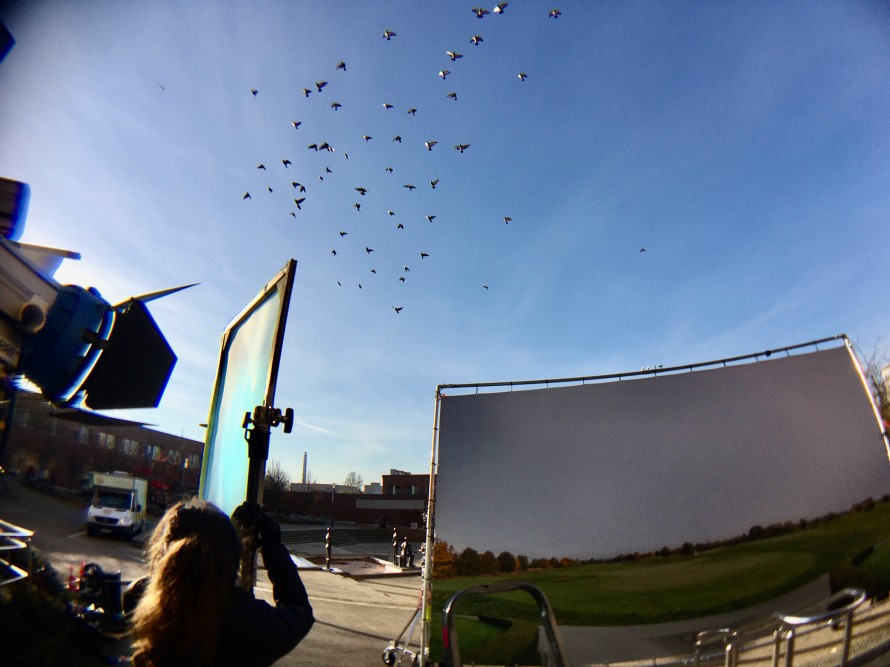 On the set of We Might As Well Be Dead, Perspektive Deutsches Kino opening film 2022, director: Natalia Sinelnikova, set design: Elisabeth Kozerski

The Berlinale stands for the long-term promotion of talent. The section Perspektive Deutsches Kino is underlining its commitment to up-and-coming creatives in Germany with a special focus on supporting and granting visibility to all film skills. Because film is a collective work: acting, camera, costume design or make-up, directing, editing, music composition, producing, script, sound design and stage design all join forces to give of their best.

In the supplementary film series Perspektive Match, in future the special talent from a film discipline will also be honoured in Perspektive-films. The selected talents will be brought into exchange with established colleagues from the Deutsche Filmakademie through a mentorship.

In cooperation with Berlinale Talents, a film in which the mentor was involved will be shown publicly at the HAU Hebbel am Ufer Theatre (HAU1) on four afternoons. This will be followed by a panel discussion between the mentor and the Perspektive talent. The aim is to share experiences, open up new perspectives, and celebrate the art of filmmaking together with the audience.

“I am delighted that the new series, already conceived by Linda Söffker but postponed due to Covid-19, can now take place in its entirety! It gives filmmakers from a wide range of disciplines the chance to exchange experiences and offers the audience an exciting insider’s view of filmmaking,” says the Perspektive Deutsches Kino section head, Jenni Zylka.

Perspektive Match is a cooperation between Perspektive Deutsches Kino, the Deutsche Filmakademie and Berlinale Talents.

In addition, the Kompagnon Fellowship programme, which has already supported talents such as Nora Fingscheidt and Julian Radlmaier, will be continued in 2023. Enjoying the support of the German Federal Film Board (FFA) for the first time, Berlinale Talents and Perspektive Deutsches Kino will once again mentor directors and screenwriters living in Germany for the duration of a full year.

The programme includes 5,000 Euros in direct support as well as 3,000 Euros for consultation services per fellow, e.g., in the fields of film law, team management or general professional development. In this way, expertise is developed on a sustainable basis and networking with the industry is strengthened. The Kompagnon Fellowship holders are selected by a jury appointed by Berlinale Talents and Perspektive Deutsches Kino and will be announced during the festival.

The Heiner Carow Prize for the promotion of German cinema art, endowed with 5,000 Euros, will be awarded at Berlin International Film Festival for the tenth time. This prize also focuses on the different film disciplines: honoured will be a talent from Perspektive Deutsches Kino who has made a particular mark on a documentary or feature film in the section. The prize is sponsored by the DEFA Foundation and awarded by an annually changing, three-member jury.