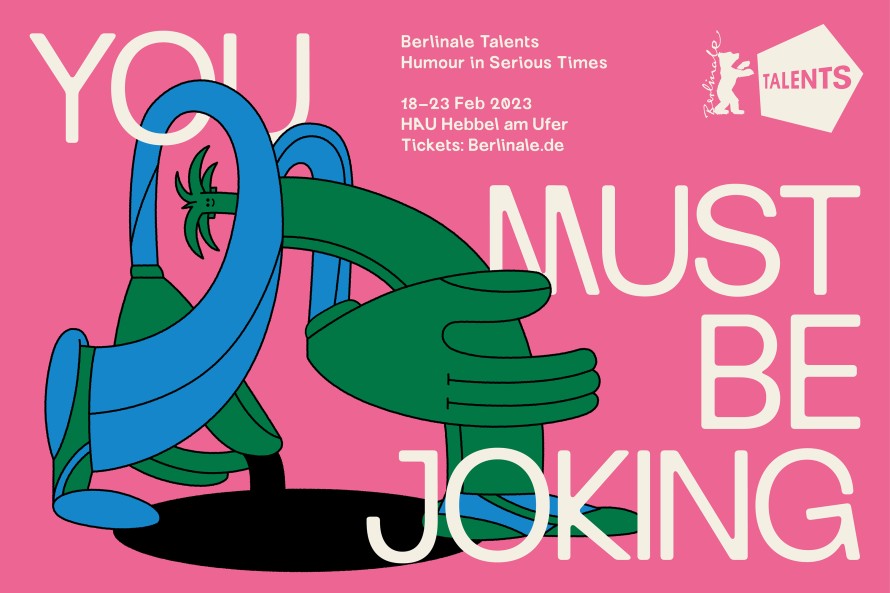 In its 21st edition, the Berlin International Film Festival's talent development initiative is dedicated to humour in serious times and appeals to the strengthening and restorative powers of this universal human trait.

Film is and always has been entertainment, even under challenging circumstances. So what about humour in cinema today, and what are we allowed to laugh about, despite serious issues? Or maybe precisely because of serious issues? Christine Tröstrum and Florian Weghorn, the heads of Berlinale Talents, have a clear stance on this: “War and crisis demand our full commitment, and we stand in solidarity with the people who are risking their lives for freedom in Ukraine, Iran and elsewhere, including many alumni of Berlinale Talents. The Berlinale stands for active engagement, and with humour we emotionally strengthen this community and are able to connect with each other on the serious issues.”

Because this is the very nature of jokes. In what are probably the shortest stories people have told each other since time began, there is great skill in ingeniously condensing truth and delivering the punchline message with flair to another person, sometimes below the belt. Comedies, rom-coms and satires are furthermore a million-dollar business worldwide. How do emerging and experienced filmmakers explore this broad genre in new ways, incorporating cultural contexts and political challenges? Berlinale Talents would like to shed light on all this and more in a programme of talks and workshops for the public and the invited Talents. The first guest in Berlinale Talents’ popular public programme will be Ruben Östlund, whose stinging social satire Triangle of Sadness is currently both provoking and thrilling audiences in cinemas across the world.

Cheerful at first glance and complex in detail, illustrator Leandro Alzate and graphic designer Miriam Jacobi have interpreted the different dimensions of humour and bring warm colours into the cold February with their key visual for the 2023 annual theme “You Must be Joking – Humour in Serious Times”.

Berlinale Talents is going to take place from February 18 to 23, 2023 at the theatre HAU Hebbel am Ufer, Berlin. It is one of the most important platforms for emerging film professionals and offers 200 selected creatives from the fields of film and series networking opportunities and access to a global community of soon to be 10,000 Talents. The collaborative interaction of all film disciplines as well as the involvement of the cinema-loving festival audience have been the most important features of Berlinale Talents in Berlin from the very beginning. The initiative considers each of its 14 film disciplines and their representatives as equal in the artistic process, allowing this vision of a diverse and fair cultural industry to be a practical experience for all.

Berlinale Talents is a Berlinale Pro* initiative of the Berlin International Film Festival, a division of Kulturveranstaltungen des Bundes in Berlin GmbH, and is supported by the Minister of State for Culture and Media, Creative Europe – MEDIA Program of the European Union, Medienboard Berlin-Brandenburg, Federal Foreign Office, German Federal Film Board, Mastercard and ARRI.