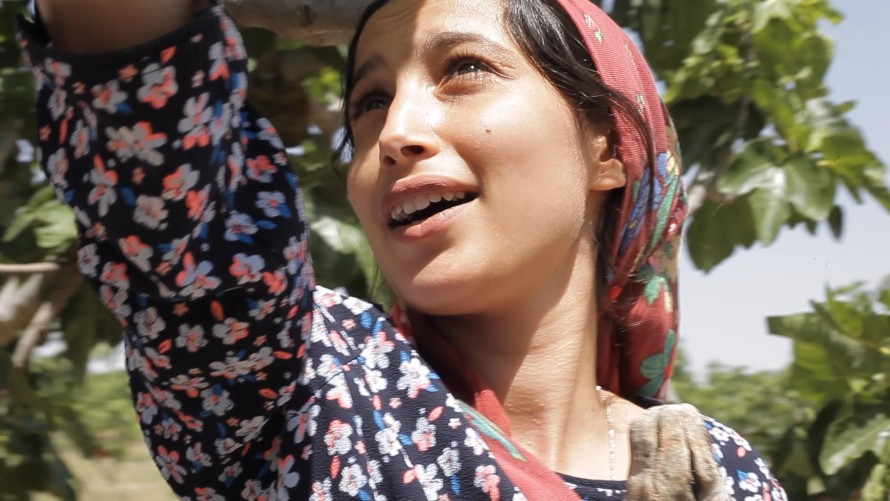 For many years, the Berlinale has been presenting specially curated programmes outside the festival timeframe. The programme goes by the name of Berlinale Spotlight.

In 2022, the focus is on films from Argentina, Indonesia, Sudan, Tunisia and Turkey: Trenque Lauquen Part 1 and Part 2 by Laura Citarella (Argentina), The Dam by Ali Cherri (Lebanon), Under the Fig Trees by Erige Sehiri (Tunisia), Burning Days by Emin Alper (Turkey) and Autobioghraphy by Makbul Mubarak (Indonesia). Another festival film, When the Waves are Gone by Lav Diaz (Philippines), also received WCF funding and will screen in the competition section of “Around the World in 14 Films”.

Laura Citarella has already garnered praise as a producer – in the Argentinian film collective “El Pampero Cine” and of the monumental work La Flor (also funded by the WCF) – and now, as a director, she presents Trenque Lauquen, an original and playful film that deconstructs and re-organises genre conventions.

The Dam was filmed in North Sudan and is the newest film by Lebanese installation artist Ali Cherri, whose works are exhibited worldwide. In individual chapters, The Dam examines how various forces influence the fate of societies and nature.

Under the Fig Trees, the fiction film debut by female director Erige Sehiri, is the portrait of a group of summer workers during the fig harvest. The film is Tunisia’s Academy Award submission for 2023 and celebrated its world premiere at this year’s Cannes Film Festival.

Burning Days by Emin Alper from Turkey is a gripping and fantastically photographed political thriller. The film – which has already won multiple awards – is the story of a committed district attorney in a small Turkish town. Burning Days celebrated its world premiere in Cannes in May.

Finally, the Berlinale Spotlight will present Autobiography, the cinematic debut by film critic Makbul Mubarak in which he relates his childhood during the Suharto dictatorship in Indonesia. Autobiography received the FIPRESCI award at the 2022 Venice Film Festival.

Vincenzo Bugno, head of the WCF, will introduce the Berlinale Spotlight at “Around the World in 14 Films”: “We initially discovered these works while they were still projects, and we had no doubt that they would become films with strong identities and innovative narrative structures that are simultaneously very lively and poetic. The films found special artistic means of dealing with the history and the present age of their respective cultural circles. Thanks to the cooperation with ‘Around the World in 14 Films’, we now once again have the opportunity to present them to Berlin audiences. We are thrilled.”

The WCF has been funding films in regions with weak film infrastructures since 2004, and promotes cultural diversity in German and European cinema: WCF Profile

“Every crisis shows us very clearly just how important art and discourse in culture are, and how they contribute to the formation of identity. The diverse cinematic languages of the world that the World Cinema Fund has been passionately supporting and making visible since 2004 also turn the gaze outwards. And good cinema always guarantees an intercultural dialogue,” comment Susanne Bieger and Bernhard Karl, the festival directors of “Around the World in 14 Films”.

The 17th edition of “Around the World in 14 Films” will take place from December 1-10, 2022 at the KulturBrauerei cinema, and at the cinemas delphi LUX and Neues Off.

More information and the programme are available at: 14films.de/en/