The Berlinale and the Leibniz Institute for Contemporary History (IfZ) Publish an Expanded Study Pertaining to the Founding Director Alfred Bauer / Invitation to a Public Panel Discussion on November 2, 2022

In January 2020, media publications revealed that the role of the first director of the Berlinale, Alfred Bauer, in the Reichsfilmintendanz, the central institution for controlling film production in the Nazi regime, was more significant than had been previously realised. Alfred Bauer was director of the Berlinale from 1951 to 1976 and thus one of the key players in the development of the festival. 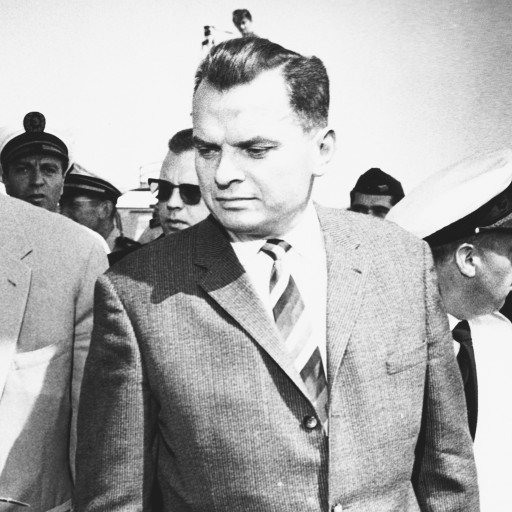 The Berlinale management immediately cancelled the Silver Bear – Alfred Bauer Prize award and commissioned the independent Leibniz Institute for Contemporary History (IfZ) to examine Alfred Bauer’s position in the Nazi film bureaucracy more closely. The preliminary study published by the IfZ in September 2020 demonstrated that during his denazification proceedings from 1945–47, Alfred Bauer had deliberately concealed the gravity of his role during the Nazi era through false statements, half-truths and allegations. The IfZ study came to the conclusion that Bauer was not an opponent of the NS regime, as he had claimed, but that he, quite to the contrary, contributed to the stabilisation and the legitimacy of the NS regime through his role in NS filmmaking.

In light of the new findings, the Berlinale management asked itself how the view of the founding years of the Berlinale has been altered as a result, but also whether Bauer’s Nazi involvement had an impact on the design of the festival. The Bauer case is one of the research gaps in the historical processing of the post-war film industry. The IfZ was therefore commissioned to expand the study. The results of the IfZ study (787 KB) are now available.

“We wish to thank the IfZ for the extensive, detailed research on Alfred Bauer. Since 2020, there has been certainty that Bauer held a significant position in Nazi filmmaking and that he was able to continue his career in the cultural scene of the young Federal Republic through clever concealment. The current study by the IfZ demonstrates this, but also comes to the conclusion that this did not lead to a Nazi ideological characterisation of the festival programme. The view of the festival’s history has been sharpened, and this confirms once again how essential it is to keep critically reflecting on one’s own history”, says the management duo of the Berlinale, Mariette Rissenbeek and Carlo Chatrian.

The study “Showcases in the Cold War. New research on the history of the Berlinale in the Alfred Bauer era (1951–1976)” makes in essence the following assertions:

Rumours regarding Bauer’s career under National Socialism were already circulating during the 1950s. Bauer vehemently defended himself against these allegations, some of which were vaguely formulated, and he dismissed them as “slander”. In 1960, the Berlin Senate Administration examined the allegations against Bauer. According to the current state of knowledge, essential documents of this investigation have not survived in the archives. Evidently, the information collected was not sufficient for any consequences of a personnel nature to be drawn.

Even prior to the start of the first Berlinale, Bauer was inclined to show a film by Karl Ritter, one of the most prominent Nazi propaganda directors, while concealing the author, but this was prevented by the Senate administration. Beyond that, however, there is no further indication that Bauer’s choice of films for the Berlinale was ideologically charged or that Nazi directors were deliberately included in the programme. Instead, Bauer emphasised his apolitical attitude towards the medium of film. Nonetheless, his work as festival director was not devoid of politics, but fit into the new system of the East-West conflict: Accordingly, the Berlinale was supposed to demonstrate the superiority of the Western system as a “Showcase of the Free World” with the assistance of the cultural asset of cinema.

In the early years of the Berlinale, Bauer was not the only person who had to be viewed as having a Nazi connection. However, the festival was not shaped by such “networks”: Ultimately, people who had been critical of the Nazi regime and, in some cases, had also been politically persecuted, also played an important role. Former supporters and opponents of the Nazi regime met in the founding committee of the Berlinale, working under the observation of the British and American victorious powers in order to establish the Berlinale in the new front line of the Cold War.

Alfred Bauer’s relationship with the Berlin Senate Administration was repeatedly fraught with conflict and characterised by constant disputes over areas of competence. Numerous tensions arose from his arbitrary working style. Nevertheless, Bauer made a significant contribution to the success of the Berlinale by virtue of his organisational talent, his commitment to promoting high-quality films and his international networks.

“Showcases in the Cold War. New research on the history of the Berlinale in the Alfred Bauer era (1951–1976)”
On the occasion of the publication of the extended study, the Berlinale invites the public to attend a panel discussion on November 2 at 6.30 pm in Berlin’s Hebbel am Ufer (HAU1).

The panel discussion will take place in cooperation with the Leibniz Institute for Contemporary History.

The event is open to the public. Admission is free.
Interested journalists can register for a seat reservation at .

Questions regarding the content of the IfZ study can be addressed to the press office of the Leibniz Institute for Contemporary History, , Tel. +49 (0)89/126 88-150.