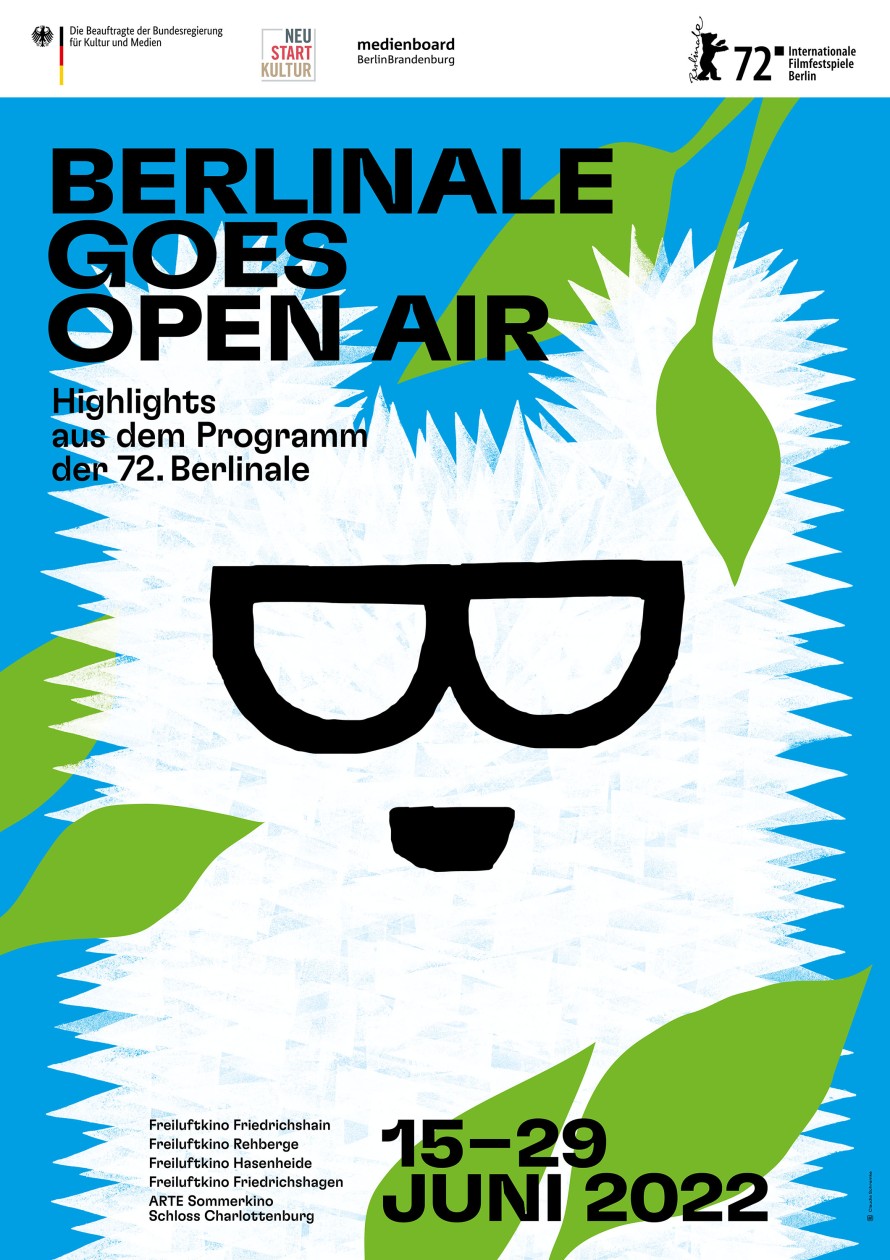 From June 15-29, in cooperation with five outdoor cinemas in Berlin and the films’ distributors, the Berlinale will present selected films from the 2022 festival programme. One film presentation per evening will be introduced by a Berlinale section head, and in some cases, members of the film team will also be in attendance.
Berlinale Goes Open Air kicks off on June 15 at Freiluftkino Friedrichshain with the winner of the Golden Bear, Alcarrás by Carla Simón. The internationally acclaimed family drama turned out to be a hit with audiences at its Spanish release in early May.
The complete Berlinale Goes Open Air programme will be available on June 1, with ticket sales starting June 3. A summer adaptation of the 2022 festival poster, once again designed by Berlin-based graphic artist Claudia Schramke, will be on display around the city starting in late May.

“The 2022 festival took place in February as an on-site event despite the difficulties posed by Covid. The success of the festival was a positive sign for the film industry, as well as an encouraging one for everyone excited about culture. Now, with Berlinale Goes Open Air, we want to once again promote awareness of the films and of the cinema as a community-building place, as well as to support German film distributors and cinemas in their aims to create a vibrant film culture and connect to a wide audience. We’re very grateful to the BKM and Medienboard Berlin-Brandenburg for their financial support of Berlinale Goes Open Air, without which the project would not be possible,” say Berlinale directors Mariette Rissenbeek and Carlo Chatrian.

Please send requests for interviews with the Berlinale directors to the festival press office: