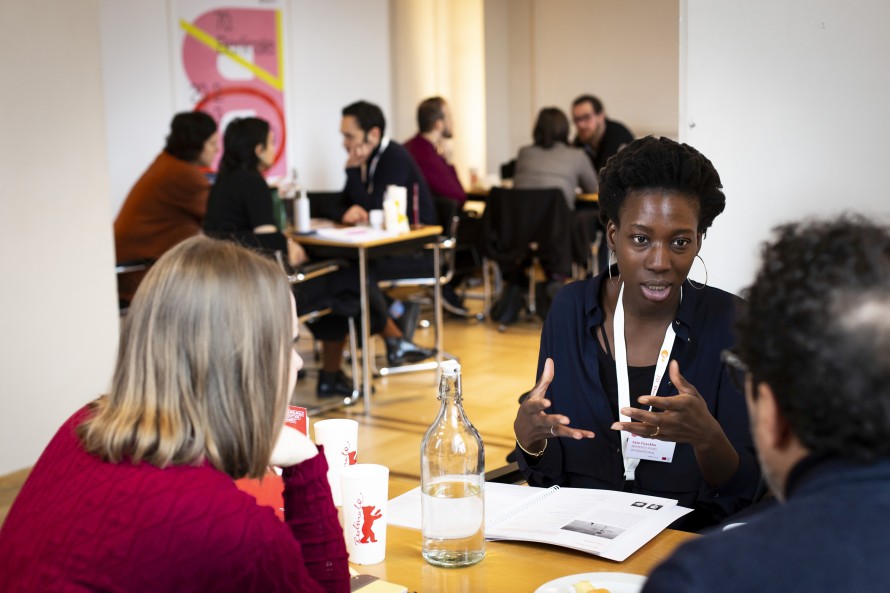 Until September 30, 2021, experienced producers from all over the world can submit new feature-length film projects in need of co-producers and financiers to the 19th Berlinale Co-Production Market (February 12-16, 2022). By the end of this year, approximately 20 projects will be chosen from all submissions and confirmed for the official selection. Project budgets can be anywhere between one and 20 million Euros, and should have at least 30% of the financing or production funding from the project’s native country in place to qualify for selection.
Some exceptions are made for low-budget projects, or projects with less than the prerequisite 30% financing (overview of terms and conditions). Producers in the first ten years of their career can also still apply for the “Talent Project Market” in cooperation with Berlinale Talents, until September 1.

A tailor-made meeting timetable is created for each selected project at the Berlinale Co-Production Market. This comprehensive scheduling results in a total of approximately 1,500 pre-planned, individual meetings with suitable potential co-producers, financiers, international sales agents, distributors, TV broadcasters and fund representatives who are interested in the specific project. Producers and financiers in search of promising, pre-selected projects, and who wish to meet the projects’ producers to engage in co-production talks can apply to participate starting in November 2021.

In addition to the feature-length film and series projects presented at the Berlinale Co-Production Market, once again, five international companies will be introduced at the “Company Matching”. At the pitch event “Books at Berlinale”, in cooperation with Frankfurter Buchmesse, there will once again be new novels to discover for potential screen adaptations.

Following its successful online edition, the 2022 Berlinale Co-Production Market is again being planned as a physical event, with digital elements being added where necessary to allow participants from all over the world - on location or online - to join in.

Over 330 international feature-length film projects submitted to the Berlinale Co-Production Market in previous years have been successfully produced, along with 19 series. So far this year, especially successful projects are the Oscar-nominated film Quo Vadis, Aida? by Jasmila Žbanić, currently showing in German cinemas; and the winner of the 2021 Golden Bear, Bad Luck Banging or Loony Porn by Radu Jude. Other talked-about Berlinale Co-Production Market films were Compartment No. 6 by Juho Kuosmanen, which won the Grand Prix at Cannes; and Hinterland by Stefan Ruzowitzky, which won the audience award at Locarno. This year, four Berlinale Co-Production Market films screened at the Berlinale and five at Cannes. Four more will premiere at Venice and Toronto, and two of the eight series projects in Competition at the renowned Series Mania Festival, Furia and Blackport, are projects from “Co-Pro Series” of previous years.

Online submission forms and more information on 2022 project submission is available at www.berlinale-coproductionmarket.de.