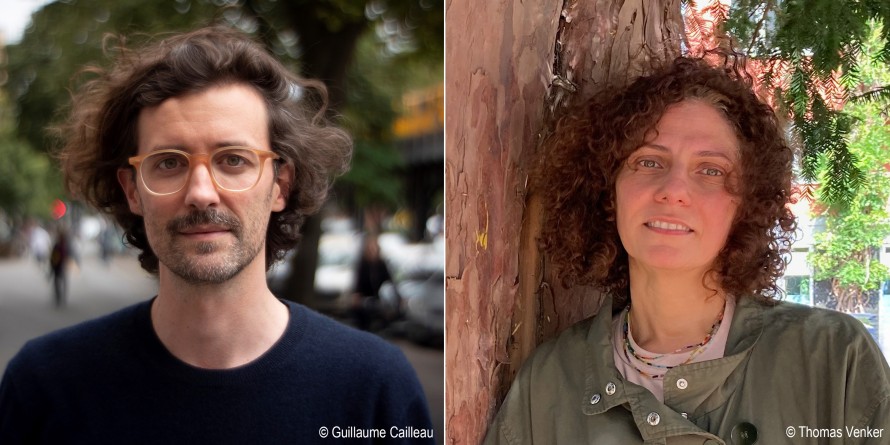 The new heads of Forum Expanded: Ulrich Ziemons and Ala Younis

After 16 editions as head of Forum Expanded, Stefanie Schulte Strathaus will pass the mantle onto new hands in September. She founded the Berlinale section in 2006 together with Anselm Franke — then lead curator at the KW - Institute for Contemporary Art, and today the director of Fine Arts and Film at Haus der Kulturen der Welt — who will also be leaving the selection team.

The new heads of Forum Expanded will be Ulrich Ziemons, who has been on the selection team of Forum Expanded since 2012, and artist and curator Ala Younis.
Maha Maamoun will stay on the selection team, and be joined by two new members: curator Karina Griffith, and Shai Heredia, founding director of the Experimenta in Bangalore, India.
As the co-director of Arsenal - Institut für Film und Videokunst, which is responsible for Forum and Forum Expanded as a component of the Berlinale, Stefanie Schulte Strathaus will remain connected with the work of the new team.

Forum Expanded began in 2006 as an extension of the Berlinale Forum, in order to respond to changes in the relationship between film and the fine arts: Film was extended not only into exhibition spaces, but also onto the theatre or concert stage where applicable, and the cinema remained a central but modifiable location for short film programmes or selected feature-length films. In addition to the main location Arsenal, Forum Expanded has also found a permanent home at silent green Kulturquartier since 2019.

“While our primary concern in the first few years was the expansion of the cinematic space, in recent years the relationship between film and processes of social change, or between film and crises and new world orders, has moved into the foreground,” comments Stefanie Schulte Strathaus, looking back. “We want to thank the Berlinale leadership, past and present, for always having given this form-changing project the faithful support it needed to flourish. Our thanks also goes out to the over 600 artists and filmmakers who have participated in Forum Expanded since its inception.”

“We are very thankful and excited about the opportunity to continue the work of Forum Expanded, together with our fellow curators and the festival team,” add the new heads Ala Younis and Ulrich Ziemons. “We thank Stefanie Schulte Strathaus and Anselm Franke for the vision and care with which they founded and fostered this very special place within the Berlinale. Now, we look forward to preparing the 2022 edition of the programme, and to the exchange and collaboration with artists, filmmakers, partners and audiences.”