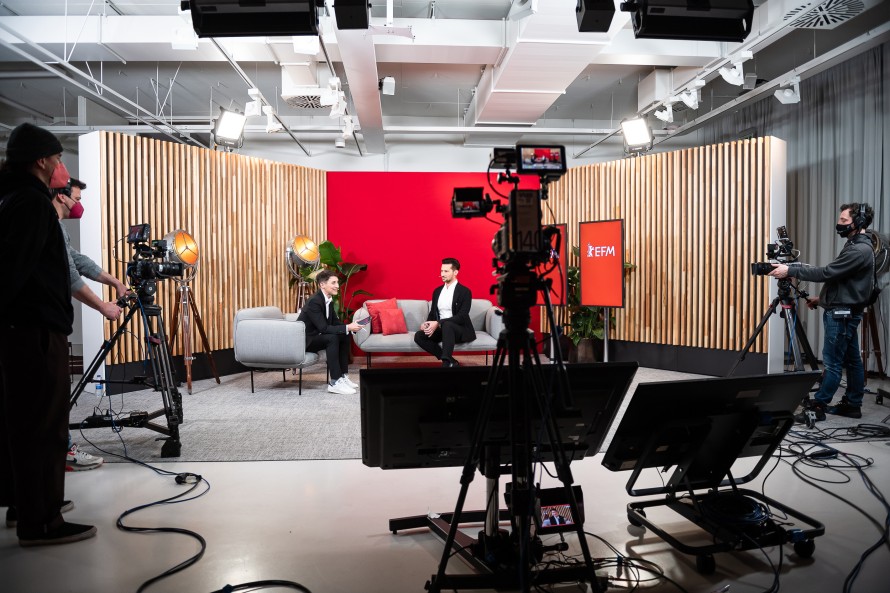 This exceptional edition of the European Film Market (EFM) at the 72nd Berlinale ended successfully yesterday, Thursday February 17. The international trading platform for audiovisual content had to be moved online for the second time due to the pandemic. But even in virtual space, countless business meetings were organised and a record number of deals concluded during the EFM, which ran from February 10 to 17. Around 600 exhibitors (2021: 504) from 62 countries (60) presented themselves on the EFM platform, and around 1,300 market screenings (1,452) and 827 films (821) were shown, including over 600 market premieres (578). For the first time, companies from Costa Rica, Malaysia, Mongolia and Uruguay were amongst the exhibitors.

“The EFM has again created clear, vital momentum for the film and content trade at its traditional date at the beginning of the film year,” says EFM director Dennis Ruh, summing up. “In the wake of the already noticeable easing and lifting of restrictive measures in Europe and other parts of the world, the incentive to acquire new films and content is being felt more strongly once again, even if rights trading still had to take place largely in virtual space this year. We look forward to meeting our market participants in person in Berlin next year.”

The EFM was complemented by a six-day conference programme, the “EFM Industry Sessions”, which were held under the heading SHAPING CHANGE. In the three core areas of Future, Diversity & Inclusion and Sustainable Development, participants discussed the challenges of the film and media industry in times of digital transformation in a results-oriented three-part think tank series, among other events, and thus lent impulses to help shape the business’ shared future.

“We have the tools to drive the necessary changes in the industry. This has been shown by the results of the numerous talks and discussions at the ‘EFM Industry Sessions’. Not least the pandemic has acted as a catalyst, especially in the areas of technology and sustainability,” EFM director Dennis Ruh continued. “Now we need to use these tools purposefully and turn our motto into MAKING CHANGE. We need to take action and align our mindset with imminent change.”

The final event presented the results from three think-tanks headlined “Future”, “Production” and “Distribution”. Among other things, the theses were put forward that integrating technology and sustainable strategies as well as representation and inclusion play a decisive role for the sector’s positive future development. The pandemic has proven to be a driver and motor for both. Transparency, consolidating mental fitness, participation and the creation of structural and institutional conditions for the inclusion of people with disabilities in front of and behind the camera are also of key importance. In the field of production, the issue of intellectual property (IP) protection and the still existing grey area when working with streaming providers plays a central role, especially for independent producers. A protective regulation might be a kind of “code of fair practice” that offers a solution for all producers. In the field of distribution, the panellists noted resistance and resilience to change processes, contrary to the current trends. Curation of content is the distinguishing feature between distributors and festivals in relation to streaming services.

The full report summarising the key findings of the think tanks can be read on the EFM website. Participants with an Online Market Badge can access many EFM discussion events as VOD until the end of June. Selected market screenings are available as VOD screenings from February 22 to March 8 (CET). Online Market Badges can be purchased until February 28, 2022.