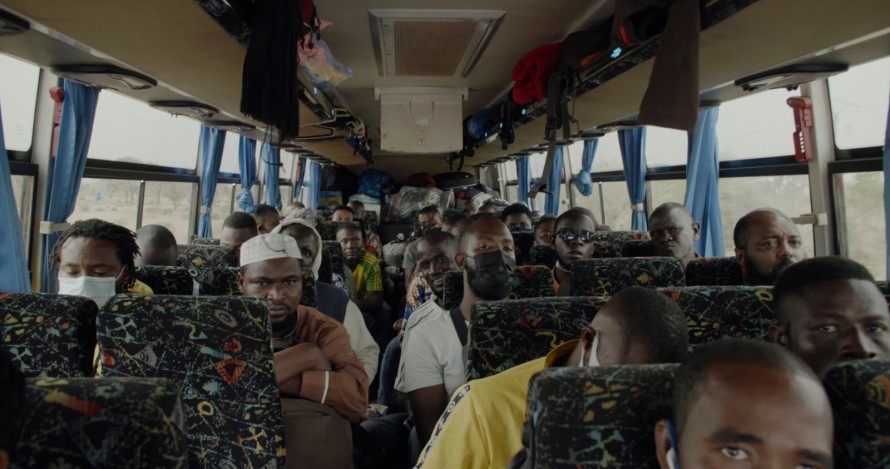 No U-Turn by Ike Nnaebue

The Berlinale World Cinema Fund (WCF), with its differentiated funding programme (WCF, WCF Europe, WCF Africa, WCF ACP), is committed to cultural diversity, cooperation, sustainable development and the promotion of cinema in regions with weak film infrastructures. Since its foundation in 2004, the WCF has pledged to play a constructive part in the democratisation of international filmmaking – taking into account the relations between European countries with well-established film industries and countries of the so-called Global South.

Despite the pandemic, 2021 was - paradoxically - an extremely successful year for the World Cinema Fund. A large number of artistically significant films (16 world premieres in total) were selected at major film festivals and many of them received major awards. The pandemic does not seem to dominate the narratives of the projects submitted, but they do question the cultural complexity of the world.

Already at the start of this year, a WCF-funded film could celebrate a special success: Eami by Paz Encina (Paraguay) was awarded the Tiger Award for Best Film in the competition in Rotterdam.

“Over the years, we have become increasingly aware that this democratisation must be viewed as part of a more complex discussion and strategy: the decolonisation of cinema - the main theme of the World Cinema Fund last year - with its various structural, cultural-political layers and meanings. This is also about questioning our own identity and our funding strategies in a constructive process. It is a matter of developing decolonising strategies and making them visible. For this reason, on WCF Day 2022 we have decided to address some essential issues relating to the need for a better balance between the different film industries and film initiatives in the world,” says head of the WCF, Vincenzo Bugno.