Jan 18, 2022
The Talents of 2022: Filmmakers, Artists and Creatives Form the Community of the 20th Edition of Berlinale Talents 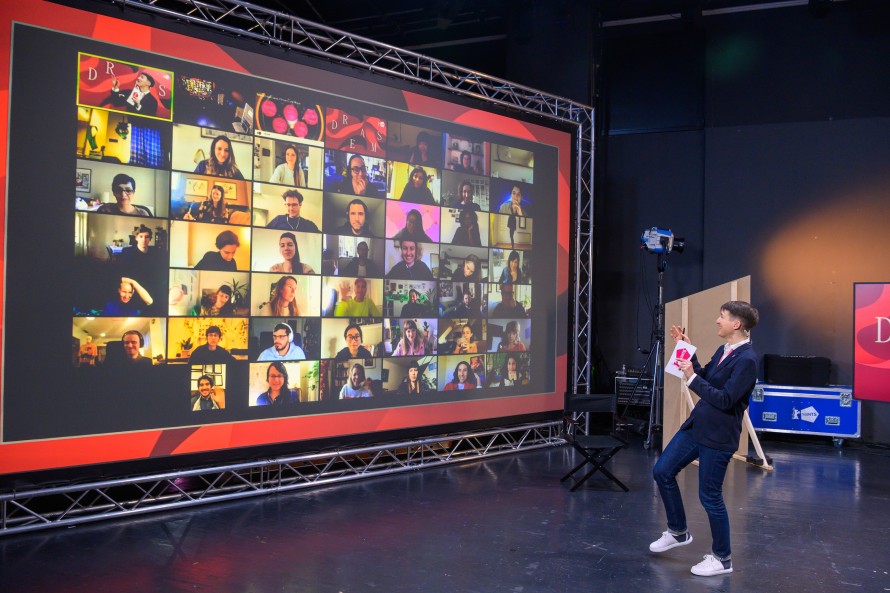 The Talents around the Globe

Berlinale Talents is celebrating its 20th birthday. Since 2003, the Berlinale’s multidisciplinary talent initiative has grown to nearly 10,000 alumni and has actively shaped the industry with this community of thirteen film trades. From 12 to 17 February 2022, a new cohort of 200 Talents from over 70 countries joins the fold: connecting them digitally worldwide, we count on them to broaden our horizons and to inspire the wider film community!

Many Talents are already successfully part of the film industry, such as German director Melanie Waelde, whose debut feature film Naked Animals premiered at the Berlinale; or like cross-over artist Paix Robinson, whose creations move between fashion, art, advertising, and film; actor Marissa Anita enjoys a career as a presenter in Indonesia; while Hussina Raja, a multidisciplinary artist in film, photography, installations, and performance, chiefly addresses matters of national identity and women’s rights; Iranian documentary filmmaker Mina Keshavarz, whose film Silent Scream is worthy of our attention, will participate alongside Rand Abdul Nour, a Jordanian production designer and artist, and an outspoken advocate against gender-based violence in the Arab World, are also part of this year’s multifaceted and ever-talented cohort.

Gender equality and rights for LGBTQIA+ people are central to the work of many of the Talents this year – an enduring case for more tolerance and openness. The emerging Talents show courage in their search for their own identity and responsibility as storytellers; the question of social sustainability in a contemporary society and also in their own career plays a major role.

Through their participation in Berlinale Talents, their collective goal is to conquer more space for artistic freedom or to place their works on the market with innovative concepts and as the already well-established producers, distributors or curators they are.

Berlinale Talents heads Christine Tröstrum and Florian Weghorn, look ahead to the future: “It is above all the Talents and the work of many trailblazers that has kept Berlinale Talents going for 20 years: their hunger for the unseen, for other forms of creative communities, for a new art of collaboration is an inspiration to all. We therefore anticipate an anniversary edition that, from its home-base in Berlin, will produce much food-for-thought again: emerging filmmakers stick together and bravely look ahead to what is on the horizon - against all odds.”

This 20th anniversary edition is also an opportunity for Berlinale Talents to express a special thanks to its long-term partners and supporters: the Minister of State for Culture and Media, Medienboard Berlin-Brandenburg, Creative Europe – the European Union’s MEDIA programme, the German Federal Foreign Office, the German Federal Film Board, Mastercard, ARRI, Goethe-Institut and DW (Deutsche Welle).

The Talents and the 40 projects involved in Talents Labs can be found here: https://www.berlinale-talents.de

The Berlinale Talents programme will be published by the end of January.

Berlinale Talents is an initiative of the Berlin International Film Festival, a business division of Kulturveranstaltungen des Bundes in Berlin GmbH, and is supported by the Minister of State for Culture and the Media, Medienboard Berlin-Brandenburg, the German Federal Foreign Office, the German Federal Film Board, Mastercard, ARRI, the Goethe-Institut and Deutsche Welle.