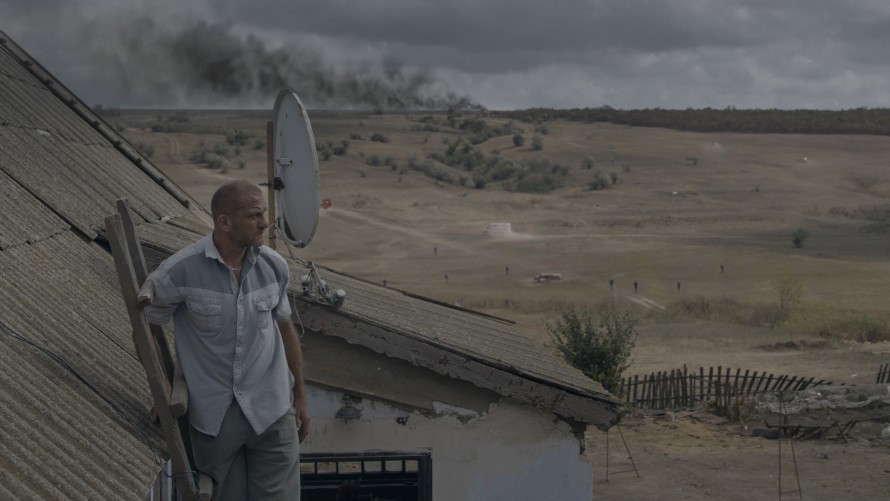 “The films confirmed so far herald a contemporary, unsparing but also conciliatory cinema in the 2022 Panorama,” observes section head Michael Stütz on the films announced today. So far, seven female directors have their films featured in the programme. These include the trailblazer of independent US cinema Nina Menkes with Brainwashed: Sex-Camera-Power, up-and-coming German director Annika Pinske with her debut feature Alle reden übers Wetter (Talking About the Weather) and Maryna Er Gorbach with her Ukrainian war drama Klondike.

The documentaries in the selection portray engaging and combative pioneers and activists. In Nelly & Nadine by Magnus Gertten and Nel mio nome (Into My Name) by Nicolò Bassetti, the audience can set off in search of historical and contemporary queer life stories. In his frank self-portrait Nous, étudiants ! (We, Students!), Central African director Rafiki Fariala takes a look at everyday student life among his closest circle of friends and finds lives characterised by conflict, solidarity and reflection.

Independent US fiction is already out in force with two highly contrasting works: Taurus by Tim Sutton with Colson Baker and A Love Song by Max Walker-Silverman with Dale Dickey.

The Panorama is delighted to be presenting the Panorama Audience Award for the 24th time in 2022, in partnership with radioeins and rbb television, for the most popular documentary and feature film. And on February 18, the Berlinale’s queer film prize the TEDDY AWARD will be presented in several categories in the Volksbühne Berlin.

The following titles have so far been confirmed. The complete programme will be published in mid-January 2022.

Clara, 39, is taking a PhD in philosophy in Berlin. When she visits provincial Mecklenburg-Vorpommern for her mother’s birthday party, she realises how far she has moved away from her roots in her search for a self-determined life.

A family argument escalates and Su-kyung hits her daughter Yi-jung with her car. Just an accident, she claims. Malicious intent, contradicts her daughter. Her rebellion marks the beginning of an arduous process for both women to cut the cord.

Using examples from over 120 years of film history, Nina Menkes explores the male gaze in cinema: to what extent is the objectification and sexualisation of the female body ingrained in film language? And what impact does this have on society?

When a fairground sets up outside her window, 15-year-old Benedetta meets Amanda who defies gender norms – and not just that. Fascinated, the two grow closer. A coming-of-age film about an unusual friendship and the experience of empowerment.

The end of an eight-year upmarket renovation of the legendary Chelsea Hotel is partly longed for and partly dreaded by the artists who still live there. The film grants us access to their apartments and interweaves the past with the present.

It is July 2014. There is a wall missing in Irka and Tolik’s house – a casualty of the hostilities on the Russian-Ukrainian border. But even when the MH17 passenger jet is shot down nearby, pregnant Irka still wants to stay put in her home.

Faye is camping by a lake in the vast expanse of the American mountains in order to meet her childhood sweetheart Lito after decades apart. A musical and visually stunning film about remembering and the love for that which no longer exists.

How does it feel to be forgotten by the world? After the military coup in February 2021, these film diaries of young opposition activists in Myanmar use the cinema screen to communicate with the world in a different way than allowed TV news.

Nic, Leo, Andrea and Raff determine their own gender identities. Each of their gender biographies is different, but the societal barriers to their social, physical and legal changes are the same. Together they are strong.

Nelly and Nadine meet in Ravensbrück concentration camp. They spend the rest of their lives together. Decades later, Nelly’s granddaughter goes in search of clues. A poignant film about a love story and the need for individual and collective remembrance.

The filmmaker turns the camera on himself and his friends, capturing their everyday life as students of Bangui University. At once clear-eyed and poetic, they share their thoughts about their future in the Central African Republic.

Student Fereshteh has to hide her illegitimate baby for one night from her parents who turn up for a surprise visit. Her friend Atefeh helps her. They embark on an odyssey through Tehran during which they must carefully weigh up who their allies are.

Self-destructive rap musician Cole meanders through a toxic mix of numbness, narcissism and alienation. This radical portrait of a broken man eschews clichés and psychological interpretations.