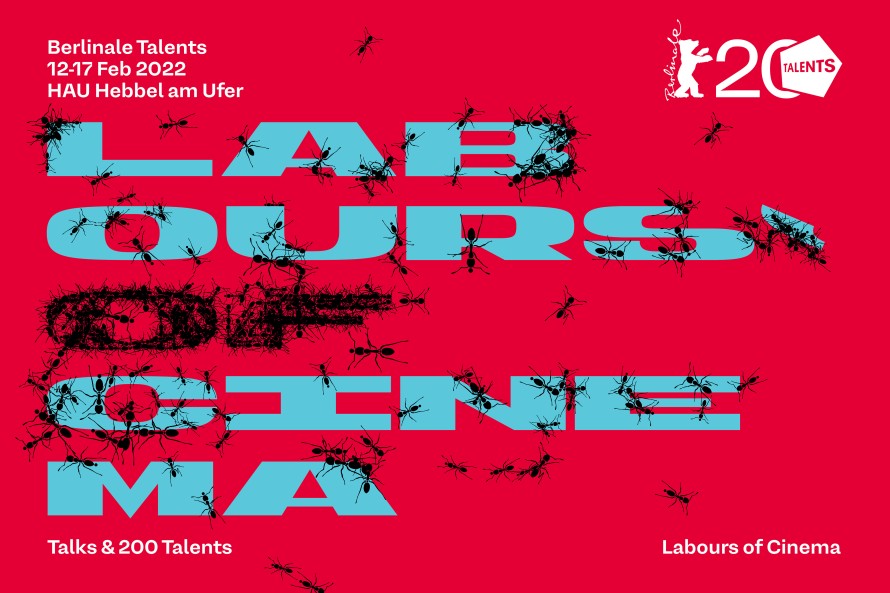 20 editions, 10,000 alumni, seven hubs from Beirut to Buenos Aires and a yearly tally of more than 100 former participants with films in the festival: the Berlinale’s talent development initiative has a lot to celebrate. For the 20th edition, taking place from February 12 to 17, 2022, Berlinale Talents is optimistically looking forward to a physical event with digital components, all destined to bring together the 200 invited Talents across 13 disciplines.

Mariette Rissenbeek and Carlo Chatrian, the director duo of the Berlinale, puts it best: “Berlinale Talents is far more than a place where creative people can gather inspiration for their careers in film. Since 2003, the festival has been supporting the long-term development of new talent: open-minded, collaborative, involved and with a great amount of trust in the innovative power of the film community.”

“Labours of Cinema” in Focus

Though a film is presented to the public as a final, glittering creation, it is of course the product of many, and the labour and working terrain of various professions and crafts. It is the work itself that Berlinale Talents wishes to celebrate with this year’s anniversary theme “Labours of Cinema”. In Hollywood and elsewhere, the representatives of a multifaceted film community are currently campaigning for better working conditions and are striving to be heard in public. A better environment for every player in film work is becoming the new and confident “battle cry” of a younger cultural industry in which diversity, social sustainability and room for artistic freedom play important roles. Berlinale Talents is curating its programme in light of this “hands-on” spirit: placing the onus on the act of making, this year Berlinale Talents sees itself as a great factory where the live talks and workshops will provide both Talents and public audiences the pleasure of working together.

Without you and me, there is no film. Cooperation, division of labour, (wo)manpower and joy: the key visual spells out how essential the coming together of many is to the emergence of the one, final product. What from afar can seem like a swarming mass, is in fact a sophisticated system based on both hand and leg work, which Imad Gebrayel's art work picks up on with a wink.

Berlinale Talents is an initiative of the Berlin International Film Festival, a business division of Kulturveranstaltungen des Bundes in Berlin GmbH, and is supported by the Minister of State for Culture and the Media, Medienboard Berlin-Brandenburg, the German Federal Foreign Office, the German Federal Film Board, Mastercard and ARRI.